On March 14, Cyclone Idai made landfall in southern Africa. Chances are, no one predicted the results would be this harrowing. The storm has affected almost three million people, including over 1,000 casualties and two million displaced. 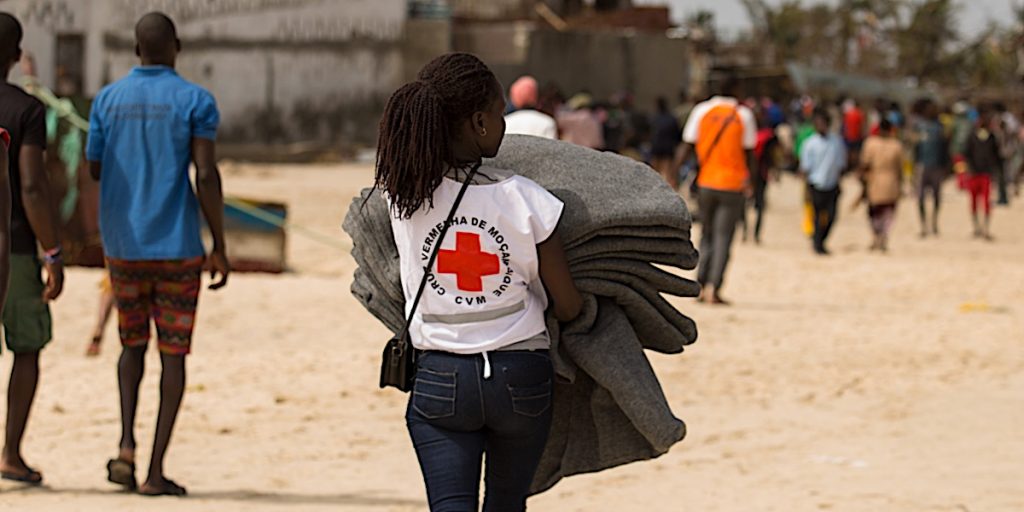 For those who survived the storm, there’s still a long road ahead. Cyclone Idai has led to an ongoing health crisis caused by three factors:

Over 2,500 injuries have been reported, with over half of them in Mozambique. Many of those injured during the storm had to wait for medical help, some up to a full week. Without timely treatment injuries can become infected and even more difficult to treat.

Those who had pressing health issues before the storm need care as well. Those living with HIV, tuberculosis, or other diseases are at risk of worsening health if they are unable to resume treatment.

Health workers are struggling to help, especially in remote areas. Limited supplies and medicines affect how many people can receive care. Even when supplies are available, blocked roads prevent them from reaching where they need to go.

During the storm, thousands of people lost their homes. In Mozambique, over 200,000 houses are destroyed. Others are afraid to return to their homes due to fear that another storm might hit.

Overcrowded shelters and displacement sites can make it easier for diseases to spread. Cholera is the most pressing disease at the moment. There are currently almost 5,000 cases reported in Mozambique since the end of the storm, with the number continuing to rise.

The World Health Organization (WHO) is running a vaccine campaign to stop the outbreak from becoming an epidemic. A stockpile of 900,000 doses, funded by Gavi, the Vaccine Alliance, is being administered. This treatment is vital to prevent cholera from spreading further.

Cholera isn’t the only disease to worry about. The cyclone left large amounts of standing water, which is where mosquitoes lay eggs. Over 700,000 mosquito nets have been delivered to prevent outbreaks of malaria and dengue fever.

The storm destroyed over 700,000 hectares of crops in Mozambique alone. Local farmers are without their livelihood, and communities without enough to eat. The loss of crops is also causing food prices to rise.

Organisations like the World Food Programme are currently working to get food to communities. While this aid is necessary, it’s only a temporary solution. To rebuild food security, farmers need seeds and supplies to start growing again.

Lack of access to clean water also poses health threats. Cholera spreads through contaminated water, so those without a reliable source are at greater risk of disease. Clean drinking water and proper sanitation will help prevent diseases from spreading further.

The effects of Cyclone Idai continue to affect southern Africa. This humanitarian crisis is nothing less than devastating – but it is also preventable.

Extreme weather may be unavoidable, but when communities have the resources to prepare for extreme weather, they can affect the outcomes for the better. Early warnings, stocked supplies, and infrastructure prepared for floods can all make a huge difference.

We cannot overlook the effects of Cyclone Idai. Crises do not have to have a domino effect, and vulnerable communities don’t have to face even more challenging situations. Investing in emergency preparedness has the power to save countless lives, and that power should be used for good.