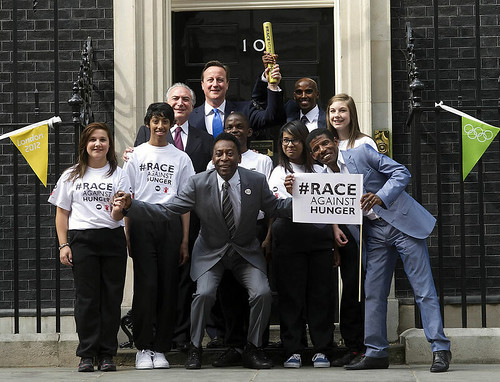 2013 will be one of the biggest years in the fight against extreme poverty since millions wore a white band, and hundreds of thousands marched in Edinburgh as part of Make Poverty History, and thousands attended Live 8 concerts throughout the world in 2005.

We need you to be a big part of this.

This year will hopefully see the UK Government hit the UN’s target of spending just 0.7% of national income on international aid – that’s less than a penny in the pound.

The UK will also Chair the G8 this summer – the first time since Gleneagles in 2005 – and we have a real chance to call for leadership in changing lives and stabilising communities in some of the world’s poorest countries.

With election season moving over to Germany this year, we’re hoping to see strong commitments to keep promises to the world’s poor from all candidates.

But it won’t happen without your help. Please email 5 friends right now, and make asking them to join ONE your New Year’s resolution.

Thank you for all you’ve done so far – each petition, letter and tweet really does count.

We want 2013 to be much bigger. So please do ONE small thing today, and email 5 friends, family members or colleagues, and ask them to join you in the fight against extreme poverty.