In South Africa, women are at risk.

South Africa has one of the highest rates of violence against women and girls in the world, and a femicide rate that is five times the global average, with an estimated 12.1 in 100,000 victims each year. South Africa’s gender-based violence statistics (GBV) are equal to a country at war.

South Africa held its yearly 16 Days of Activism Against Gender-Based Violence, which runs from theInternational Day for the Elimination of Violence Against Women on November 25th through Human Rights Day on December 10th. During 16 Days of Activism, the country shines a light on GBV with a nation-wide campaign, discussions, events, conferences, and a march to Parliament. This year’s march happened on November 28th with cardboard signs in marker that read, “Gender-based violence is a pandemic!”

In their efforts to protect women, NGOs in Cape Town, South Africa are leading the fight against gender-based violence; empowering survivors, equipping communities and challenging everyday people to join them in the battle to protect women against violence.

How the NGOs are helping

In a back garden, two women walk side by side to fetch water from the pump. Their faces are bright and gleaming in the Cape Town summer sun as they walk between rows of spinach with heavy watering cans. They are three of the 70 women staying at the Saartjie Baartman Centre for Women and Children in Manenberg. 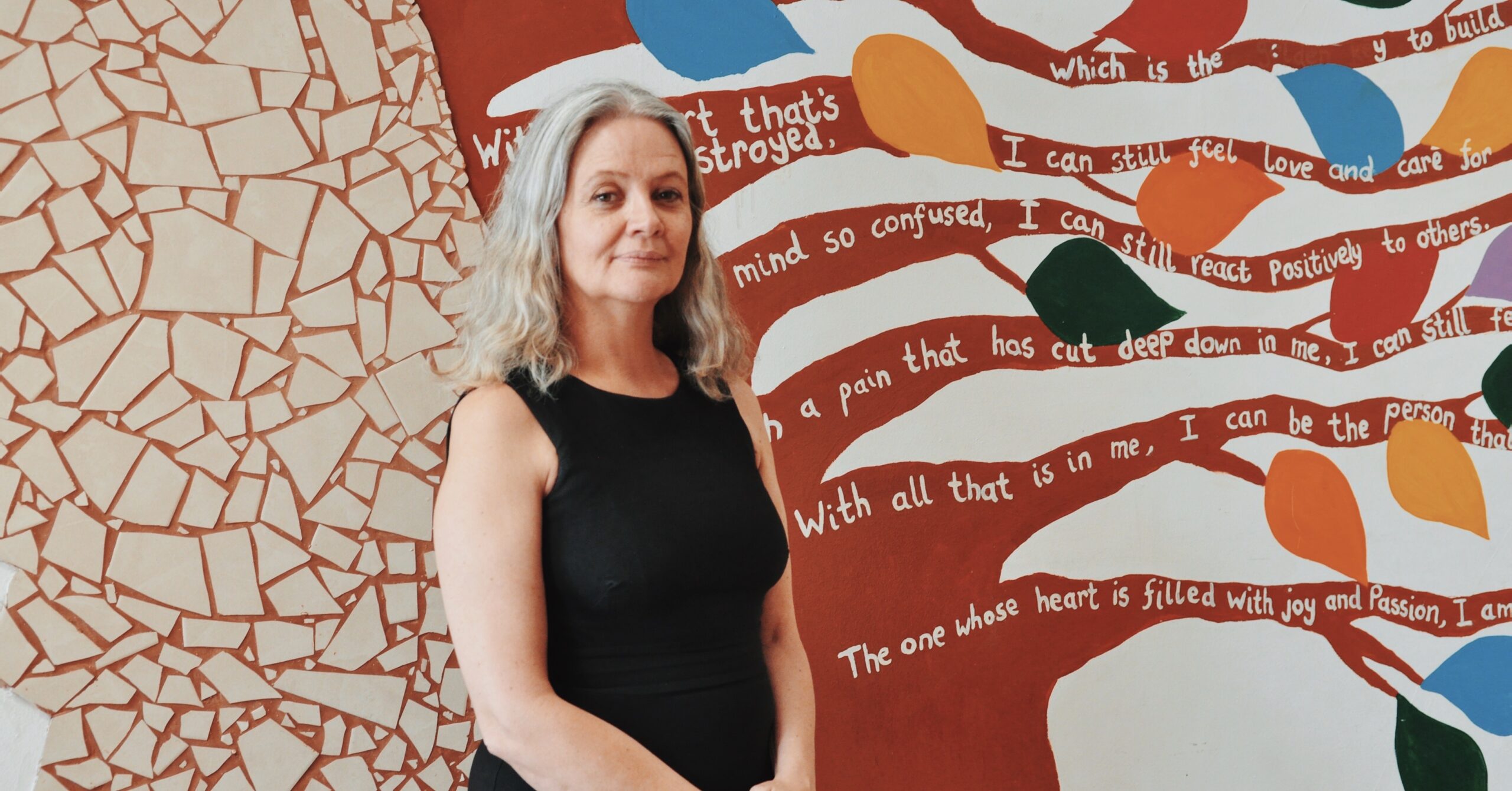 Bernadine Bachar, the director of Saartjie Baartman, walked between two rows of cottages for long-staying members of the shelter – these are women staying for six months after the initial four-month period. “We need to empower her to keep away from the abusive situation,” Bachar said.

The center provides access to jobs and housing, counseling, mental health care, legal protection, parenting, IT, first aid, cooking and gardening classes. They are also the first substance abuse unit in a shelter for gender-based violence survivors in the world according to Bachar.

“We’re nowhere near where we need to be, but for a country that is plagued by five times the global average of gender-based violence, I think we’re moving in the right direction,” Bachar said. “Women are finding their voice. They’re finding their power. They’re standing up to it.”

Five kilometers away in Nyanga, young girls are fighting back. Their motto is “wathint’abafazi wathint’imbokodo,” which is isiXhosa for “you strike a woman, you strike a rock.” At The Justice Desk’s Mbokodo Club, girl survivors of gender-based violence between the ages of 10 and 19 years old learn self-defense, female empowerment and mental health care. Learn more about the inspiring girls at the Mbokodo Club here. 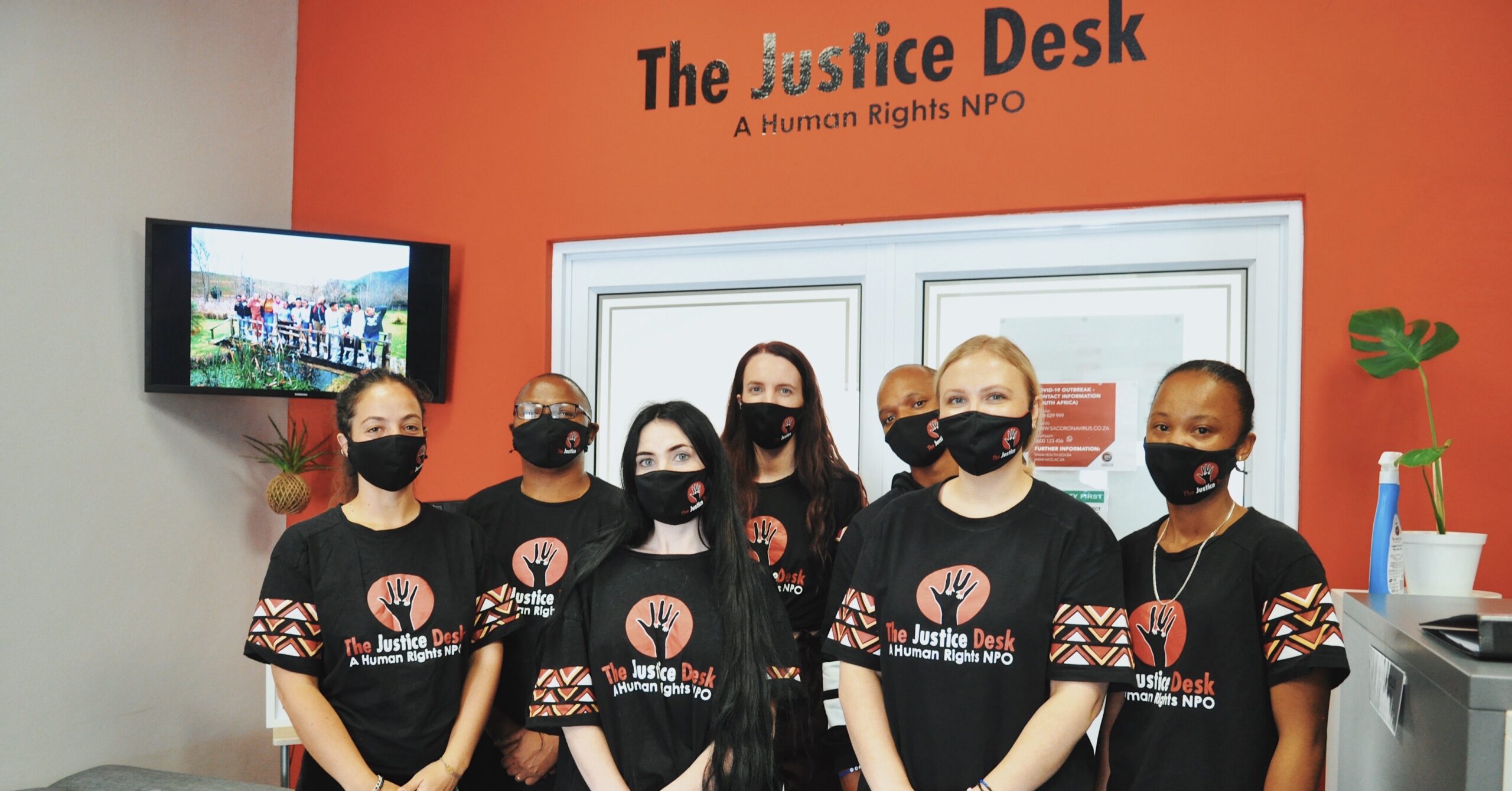 “These girls are taught to be leaders, how to support each other, how to run projects and how to do advocacy work,” Jessica Dewhurst, founder and director of the Justice Desk, said – they’re building a sisterhood.

Next door at Ntsika yeThemba, Pillars of Hope, “We are teaching young men to redefine masculinity,” Dewhurst said. With mentorship in an outdoor-based education project, “Their whole aim is to become male activists who are standing up for the rights of women, to create an equal society, and to create an entire generation of men who are changing the narrative.” Their motto is “Pillars of hope, defenders of women, and leaders for an equal society.”

“There is a much broader spectrum of positive roles for men and boys to play than perpetrators or potential perpetrators of GBV,” Zahela said.

“We’re seeing men who are saying ‘This is as much my responsibility as it is yours,” Bernadine Bachar of Saartjie Baartman said. “It’s only when everybody does say ‘It is my responsibility,’ that we’re really going to see change. There is a war being waged on the bodies of our women. Let’s do something about it.”

All of the NGOs agreed that 16 Days of Activism isn’t enough. Kayla Brittan, chief operating officer at The Justice Desk, said, “This is not something that just happens in 16 days. This is something that’s happening constantly.”

“That’s the only way change is going to happen,” Brittan said, “It’s down to every single person.”