It may not be the first word on people’s lips, but one of the underlying issues in these challenging times is the dramatic decline in the relevance or power of traditional multilateralism. This stems in part from the world public’s increasing lack of faith in many of the institutions designed to support global action. But it’s also the result of decisions by a number of world leaders not to invest political capital in collective action.

We were off to a good start – global agreements on climate change began to gain momentum, countries agreed to revitalize global peacekeeping, governments joined together – with some but not always success – to negotiate peace agreements and reduce threats emanating from extremism, illicit finance, the international drug trade and Ebola. The fight against global poverty scored a win with the adoption of the Sustainable Development Goals (SDGs) in 2015 when the world’s nations agreed to chart a path to global sustainability, inclusion, and fairness. Trust me, it’s difficult to get that level of agreement within a single organisation, let alone among 193 sovereign countries.

But all of this is now in jeopardy. As G7 leaders gather in Biarritz, expectations are at an all-time low. As host, France has put forward an impressive agenda, particularly around gender equality. But few observers are confident it will survive the clash of personalities in the room.

Why is this? Rising nativism and an increasing concern about domestic issues, allied with a growing cynicism towards global bodies and the effectiveness of joint action means that the appetite for collective action is diminishing.

This isn’t purely accidental. The current US administration is actively hostile towards multilateralism. There’s a simple logic behind this approach. As the biggest player on the world stage, its current leaders believe that America can get better deals by working with other countries individually, rather than engaging in a collective basis that dilutes its competitive advantage.

And yet it was the US that led the way in the birth of the multilateral era in the first place. Why? Because most of its leaders since the Second World War recognised that what was in the world’s interest was ultimately in its own as well. A more stable, prosperous and harmonious world is better than a fractious and unpredictable one. Even if that means giving ground from time to time. It’s an enlightened logic borne from seeing what happens when countries stop working together.

But it’s not just the US. The world is waiting to see whether Brexit will mean the UK makes a more fundamental withdrawal from the world stage. Across Europe populist parties are growing in strength, whilst opponents of collective action are heralding the death of liberal democracy and the global values it entails. 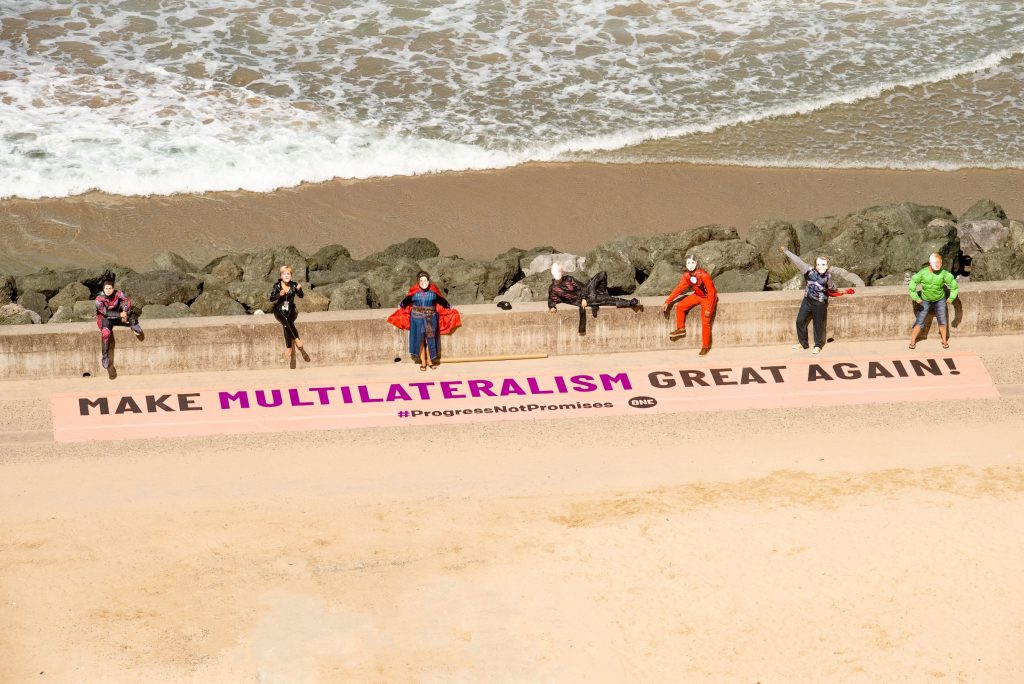 So why does this matter? Well first and foremost because the global challenges the SDGs seek to address haven’t gone away or become any less complicated.

There are threats to security in every part of the globe – from North Korea, the growing tensions in Kashmir and the ongoing conflict in Yemen and Syria, to the turmoil seizing Venezuela.

Preventable diseases are still destroying millions of lives. Progress on AIDS and malaria is wavering. In central Africa, health workers are struggling to contain an Ebola outbreak that is spreading. In the same country, the spread of measles has already taken thousands of lives – from a disease we’d thought we’d brought under control years ago.

Other challenges stubbornly refuse to go away. We’re no closer to reaching any global consensus on the climate crisis whilst glaring inequalities persist in every country on earth. On that most fundamental of gaps – that between men and women – the world is still over a century away from genuine parity. That means that over half the world’s population won’t escape discrimination in their own lives – nor will their daughters.

What binds these problems is that no nation on earth has the power to solve them alone. Yet through collective responsibility and joint action not only do we have hope, but a genuine opportunity to address the greatest dilemmas facing our generation.

Whisper it quietly but there’s a word for that… I hope it’s one world leaders will remember and value when they meet this weekend.