Our guest blogger today is Ruslan, a ONE member and student from Antwerp in Belgium. 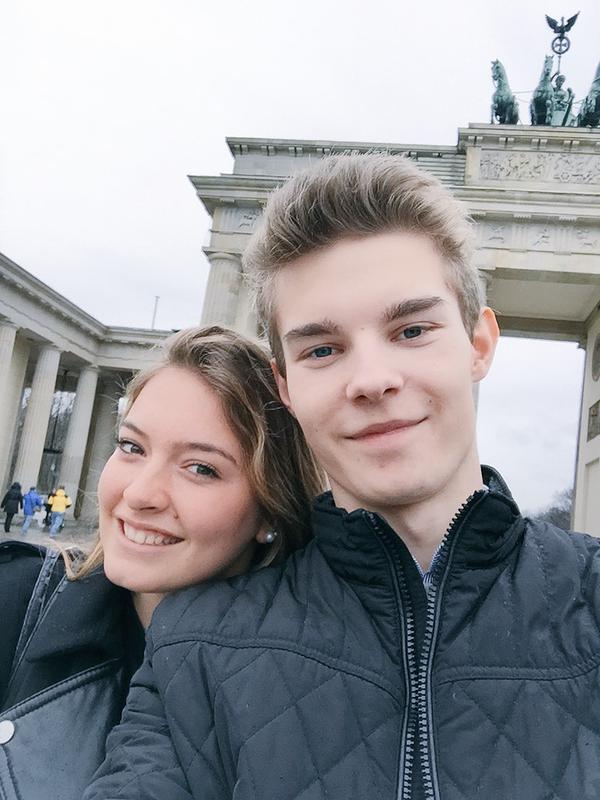 Having never met someone more famous than a local musician before, the news that I had been chosen to meet European Commissioner Mimica was really miraculous. At first I didn’t comprehend it, but after a couple of hours it finally got into my head. Along with my classmate Marie, we were the ones chosen out of almost 200 students to go and represent our school, our city and the whole of the Belgian youth in Berlin.

The night before our departure I couldn’t sleep, I just couldn’t – my mind was filled with excitement and curiosity. In the morning I wasn’t even tired, just excited. I left home for the airport where we met with Tamira, the ONE Brussels Director, a very impressive woman with a lot of charisma. She was the perfect person to guide Marie and me on this trip.

We had no problems passing customs and very patiently we waited for the plane to arrive. We arrived in Berlin about an hour and a half later than expected, but there was no need to hurry.  We jumped in to a cab with an African chauffeur, possibly the nicest taxi driver I will ever meet. He was a very humorous and friendly man who took us to the Checkpoint Charlie museum in the heart of Berlin. 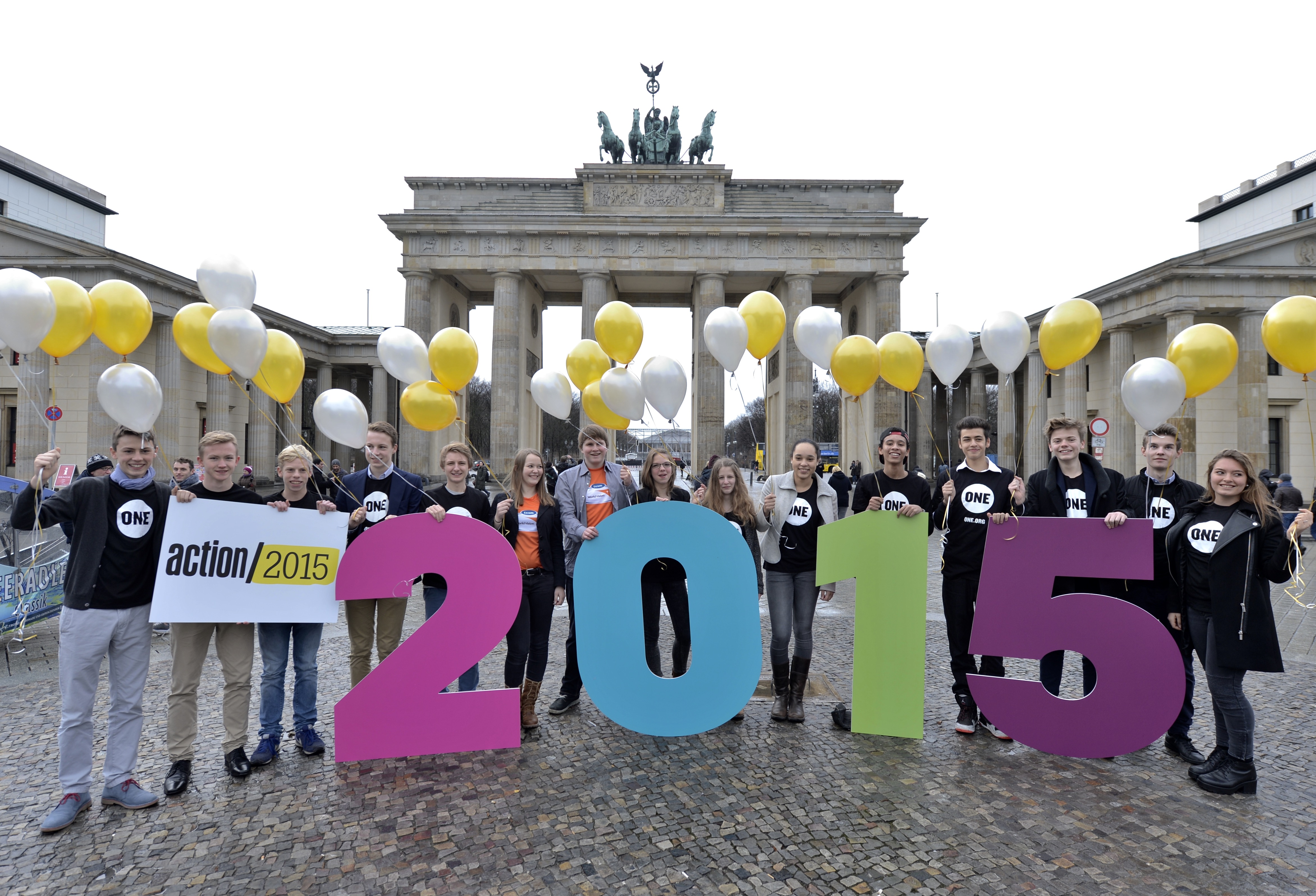 We then went to the Brandenburg Gate, a very impressive construction where we took couple of pictures with the German delegation of ONE. It was really nice to have this connection with the German youth knowing we all had the same goal.

Next was the meeting with Commissioner Mimica and German Minister Müller. The moment they entered the room, there was a moment of silence but you could feel the excitement. They were very relaxed and they listened to everybody. I was quite surprised they looked so glad to see us, we even had a couple of moments laughing all together. 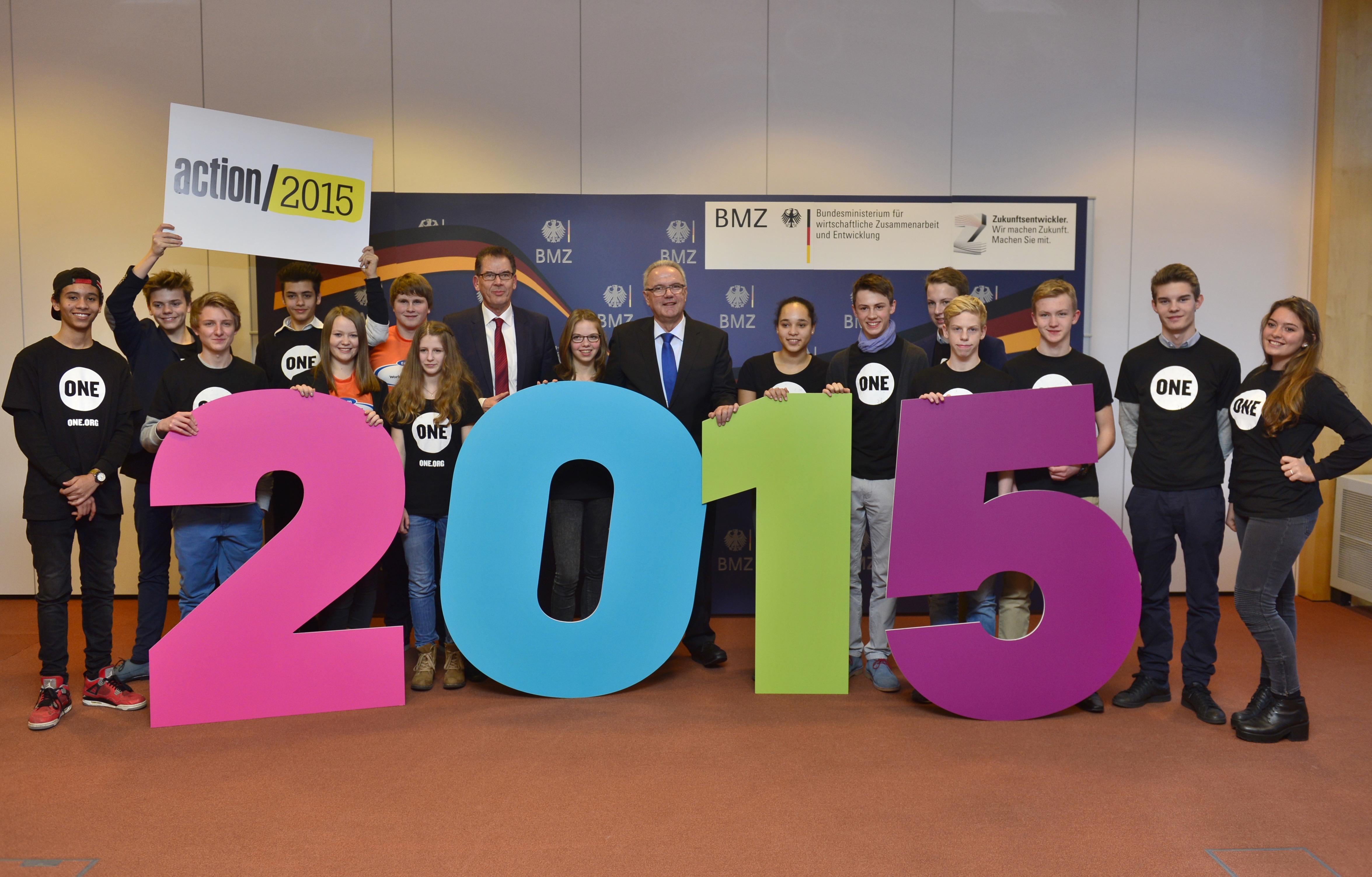 Commissioner Mimica told us: “I am delighted to meet ONE’s young ambassadors today and launch the action/2015 campaign in Berlin, together with Minister Müller. Young people are the future of international development and as the European Year for Development begins, their involvement, ideas and engagement will be more crucial than ever”. 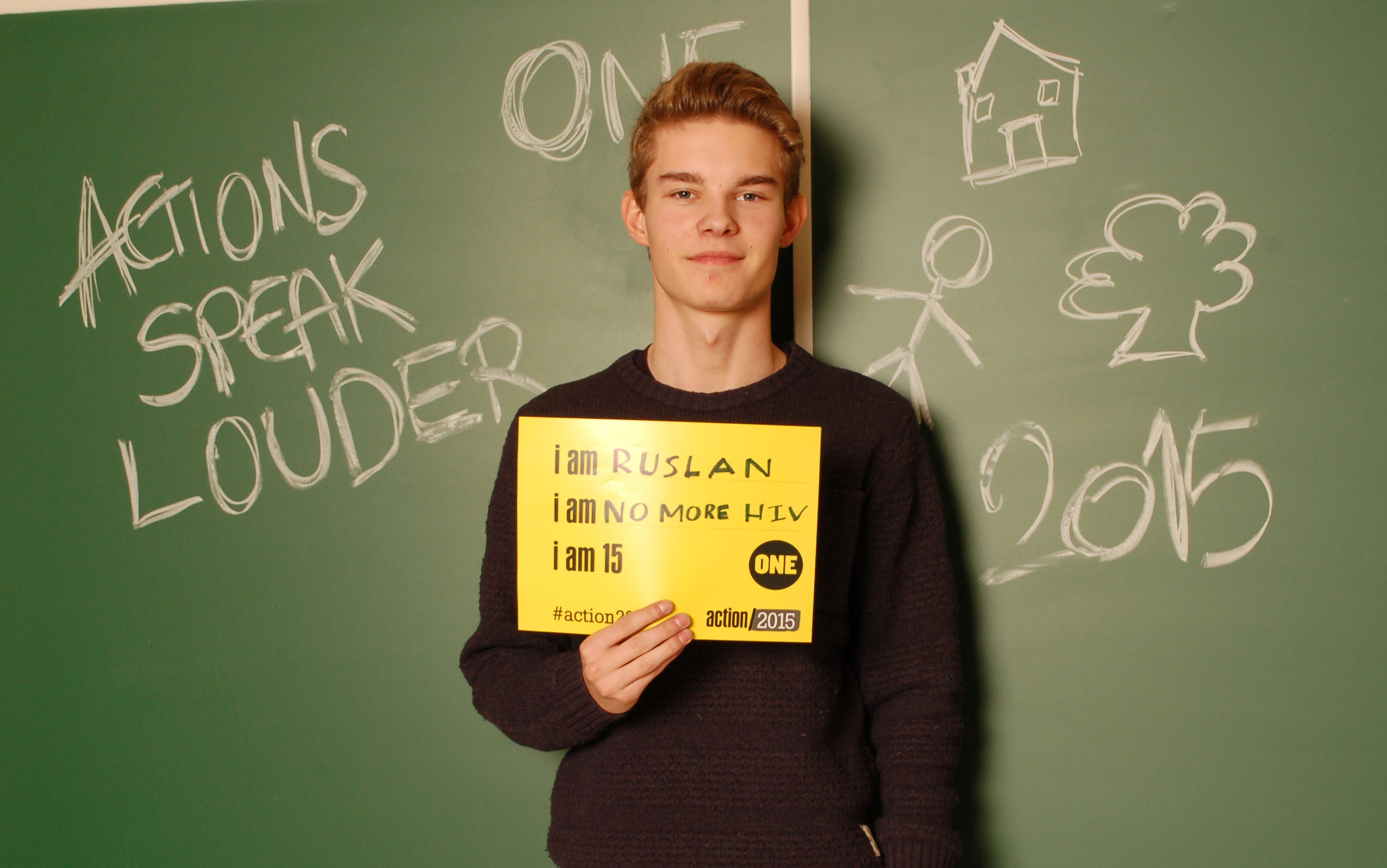 Ruslan with his action/2015 pledge. Photo: ONE

It was a very tiring day, but I enjoyed every minute of it, I wouldn’t hesitate to do this trip again. I’ve learnt a lot, it was a fascinating experience. And, now that I know what is at stake this year, I will follow the decisions our leaders take to help end extreme poverty closely.