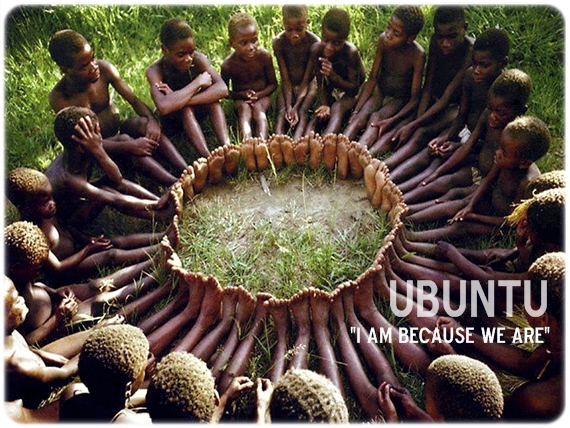 Normally you could be accused of being a bit flakey or a bit of a hippy if you talk about oneness, interdependence, and all that. But not now.

Last week Mandela’s legacy cloaked the world with a zeit of Ubuntu geist; President Obama articulated this Ubuntu oneness in his memorable speech and Pope Francis reinforced this with his push to eradicate hunger– called One Human Family – in which he called memorably for “a roar to shake the world” on behalf of the voiceless.

Acting as one doesn’t have to be a vague thing. It can be specific and practical – if pointed towards evidence based policies which change things in a big way. For example with our amazing partners we point action towards changing government policies. And we will need to do a lot more of it in future and especially over the next two years.

Because the world could be one of two very different places by 2030 and which world we will live in depends on the decisions we make in 2014 and 2015:

Which world do you want to live in?

The future depends on how we express the Mandelan Ubuntu and the Francsican One Human Family, on how well we admit and declare our interdependence – then act practically upon it.

These are just some of the campaigns through which ONE and our partners are taking action against apathy, and practically enacting our interdependence:

Fighting AIDS, TB and malaria – Read The Beginning of the End? The 2013 ONE AIDS Report

And not forgetting the people of Central African Republic or Syria

The list could go on, and there are so many movements out there acting for human rights, providing lifesaving vaccines, striving for gender equality, fighting desertification, providing clean water and access to renewable energy.

Thank you all for acting practically and meaningfully as one in 2013. Please do more of it, and please let’s do it even better in 2014 and beyond.  For if we are to ensure we “Leave No One Behind” with the next Millennium Development Goals, we will have to act on our Ubuntu-interdependence for a long time to come, not just for a few days or a week.