Jacopo Bencini, an Italian Youth Ambassador for The ONE Campaign, and Nondumiso Hlophe, a Swazi One Young World Ambassador, share their experience as members of the AU-EU Plug-In Initiative and their recommendations to leaders ahead of the 5th African Union-European Union Summit in Abidjan.

Should youth have an active role in setting the Partnership agenda between the African Union (AU) and the European Union (EU), especially where education is concerned? We certainly think so. 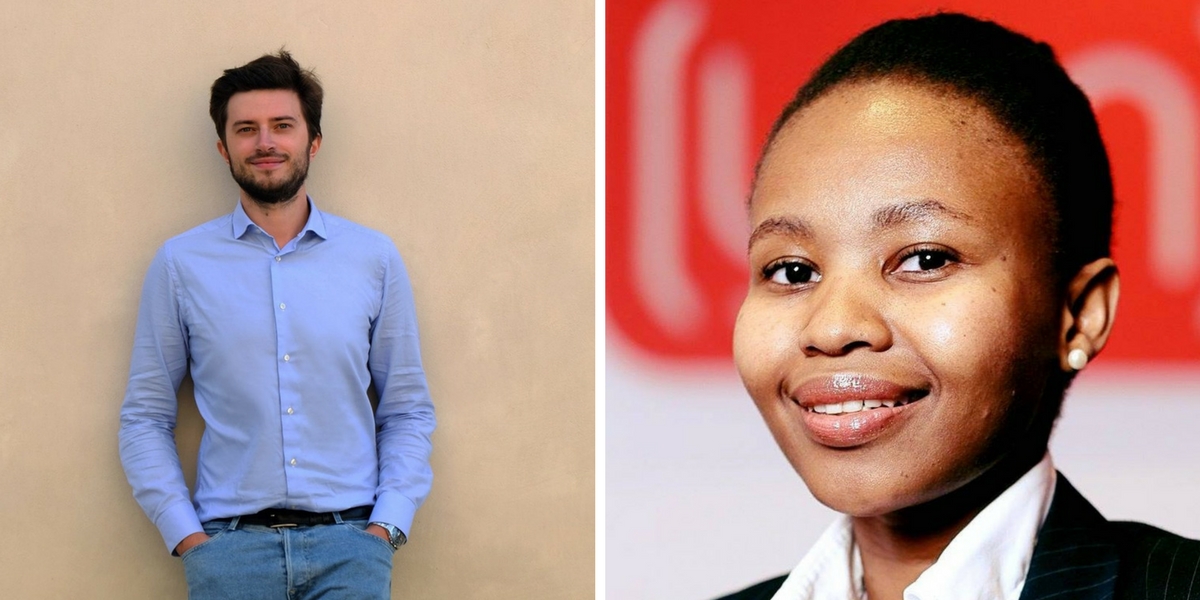 From nearly 7500 applicants, we are honoured to be part of the AU-EU Plug-In Initiative, an ambitious project bringing together a group of 36 fellows from AU and EU member states and the Diaspora to put together a set of recommendations targeted at leaders of the two continents ahead of the 5th AU-EU Summit starting today in Abidjan, Côte d’Ivoire.

Bringing 36 young changemakers together from diverse backgrounds to write the Youth Agenda has been a test. But we all have something in common: the privilege to have received some learning, from formal education in class to non-formal learning on-the-job. It has allowed us to be here, to participate in the AU-EU Plug-In Initiative (AUEUYPII) and to speak up.

From the Kingdom of Swaziland to Belgium and from Italy to Ethiopia, the last four weeks passed by in a flash. Today, the wonderful Ivorian sun welcomed us to our last week in the AUEUYPII. It’s time to deliver our agenda. We have spent more than a month together, “plugged into” the AU and EU’s Headquarters in Addis Ababa and Brussels. We are back where it all started, in Abidjan, to make the impossible possible. 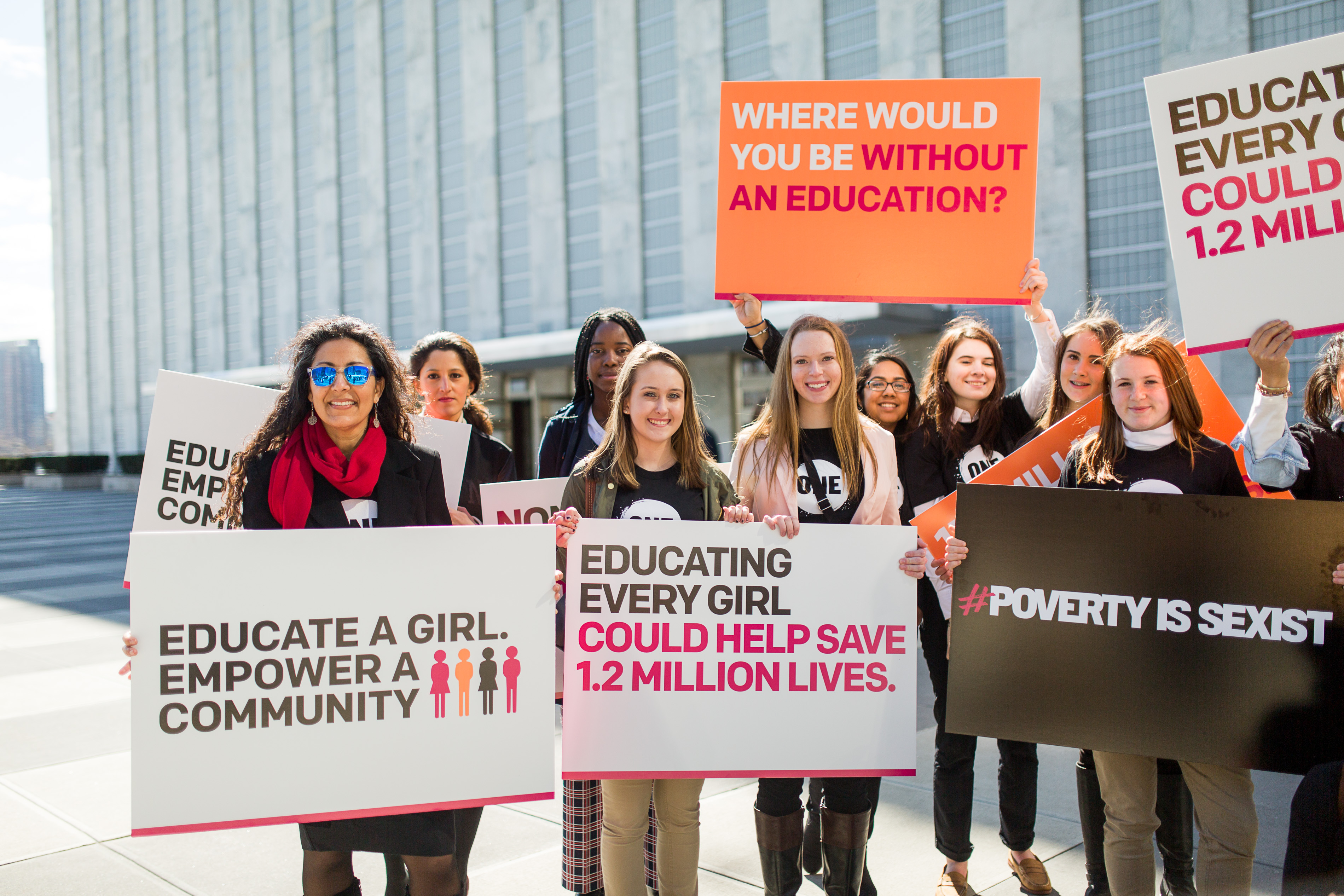 Photo by Johnny Wolf from a #GirlsCount event at the United Nations in March 2017.

We are delivering our 60-page Youth Agenda with policy recommendations, as well as ideas to put into action, to the Heads of State and Government of the 5th AU-EU Summit. Like many other fellows, we met for the first time here in Côte d’Ivoire. With one being a young analyst and consultant who is a One Young World Ambassador, Global Shaper and Queen’s Young Leader and the other being a young climate diplomacy researcher volunteering for The ONE Campaign against extreme poverty, we united in our passion for advocating on access to education for all, especially for girls.

We realise how important a quality education based on the four pillars of learning is. We agree that our education and skills development must prepare us not only for our professional career but for life itself. In other words, education is the foundation of a young person’s development. The opportunity to receive an education is particularly important for girls because women are hit hardest by extreme poverty. With 51 million girls out of school in Africa, a renewed AU-EU partnership must prioritise the importance of girls’ completing secondary school, having access to sexual and reproductive health services, ownership and control over their financial assets, as well as the space for development and support of female leadership structures. 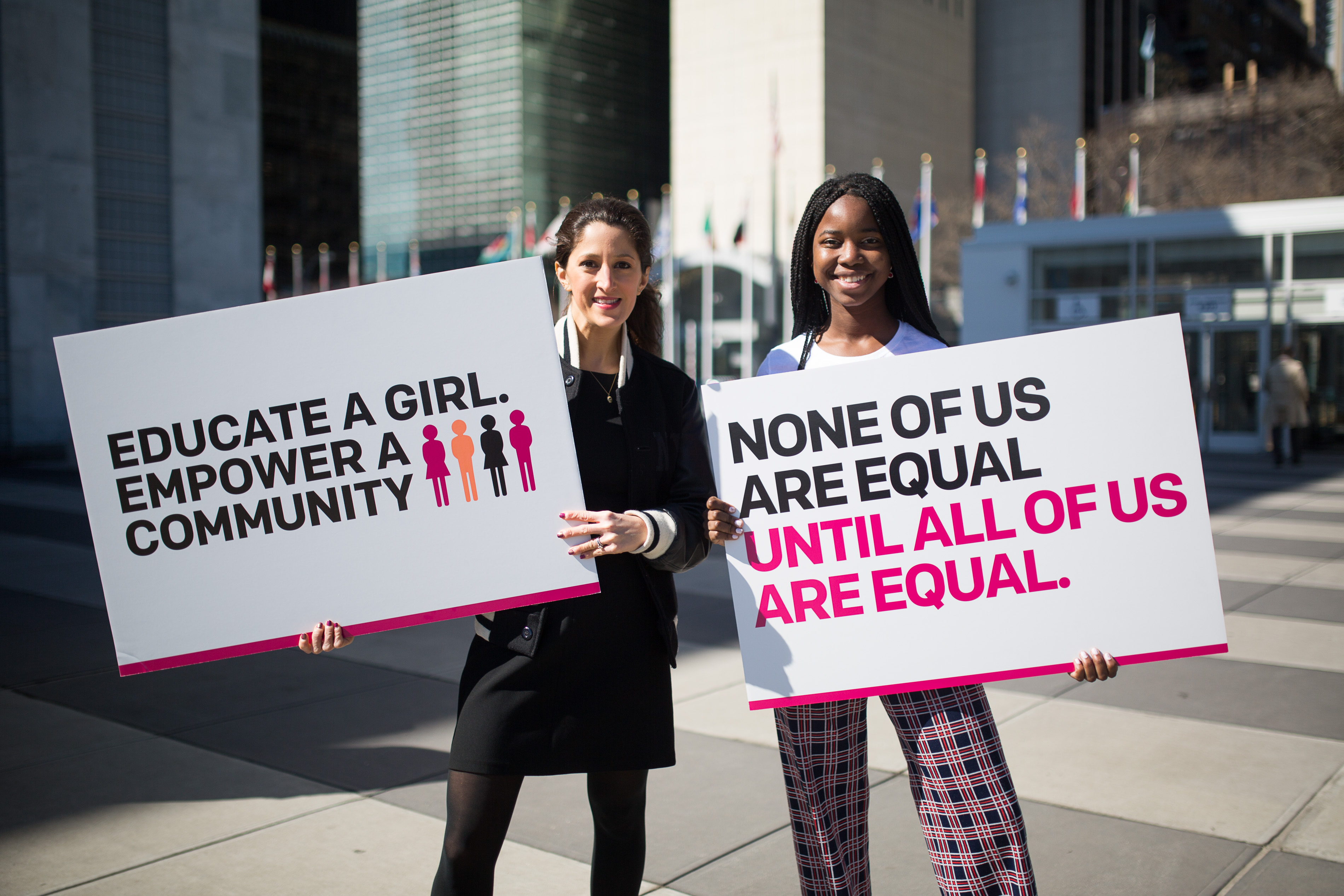 Photo by Johnny Wolf from a #GirlsCount event at the United Nations in March 2017.

Important work is being done to promote education and skilled learning between our continental unions and their member states. Significant strides are being made and we would like to see this taken to the next level. The African Union Chairperson Moussa Faki Mahamat has already declared his support for girls’ education to “harness the demographic dividend through investment in the youth”. It’s now up to the European Union and its member states to demonstrate commitment, also by doing their part to ensure that the Global Partnership for Education (GPE) is fully funded and to partner effectively with AU governments to help governments strengthen their own education systems. To do this, EU donor governments must support GPE and ensure they reach their US$3.1b replenishment target and attend the GPE replenishment in Dakar on February 2nd to make these pledges.

Through the AUEUYPII, we feel that we have had the opportunity to make our voices heard. It is now up to AU and EU leaders to follow up on the recommendations we are presenting them because young people have the right to be involved as active agenda-setters in decision-making processes affecting their future.

Join in and tell world leaders to act now for the 130 MILLION girls out of school.