Article and photographs by Siegfried Modola, a photojournalist based in Kenya.

Obstetric Fistula is a severe medical condition affecting over a million women in developing countries, many of which are in Africa. The condition, caused by prolonged or failed childbirth, creates a constant leaking of urine, faeces, and blood as a result of a hole that forms between the vagina and bladder or rectum. It disproportionally affects poor women since they often give birth without medical help and do not have access to adequate medical care during or after labor. 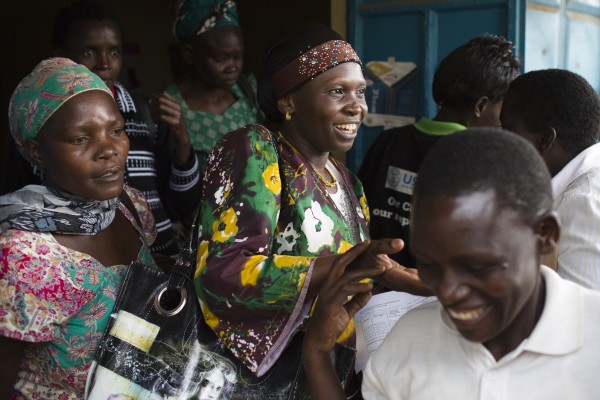 Habiba Corodhia Mohamed (centre) smiles after a meeting with a group of Fistula survivors and now health volunteers in the Mount Elgon region of western Kenya on April 28, 2015.

Women affected by fistula experience severe sociocultural stigmatisation within a community. Often these women are shunned or even sent away by their husbands, families and communities because of the shame associated with the condition.  They lose their social standing and most tragically, the ability to lead a dignified and independent life.

Even today, many of these women are not aware that fistula can be treated through a simple surgical repair procedure, since only 1 out of 50 women affected receive treatment each year. 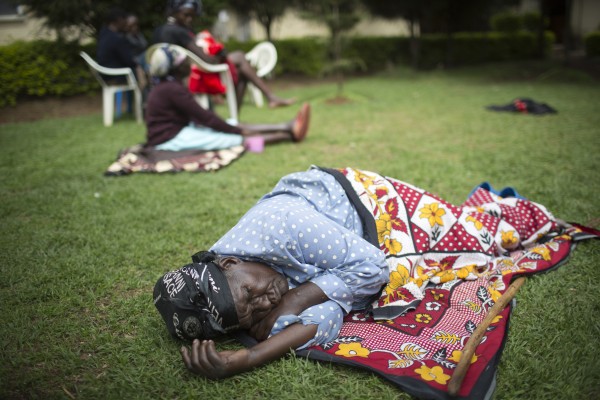 Women suffering from fistula are seen resting in the gardens of a health clinic in Eldoret, Kenya on April 30, 2015.

However, two women in western Kenya, where fistula is prevalent, have dedicated their lives to helping women suffering from the condition.

“My goal is to reach out to as many women as possible through psychological support, economic empowerment and reproductive health”, explains Habiba Corodhia Mohamed, 36, who is the Outreach Manager for the Fistula Foundation’s Action on Fistula program in Kenya. 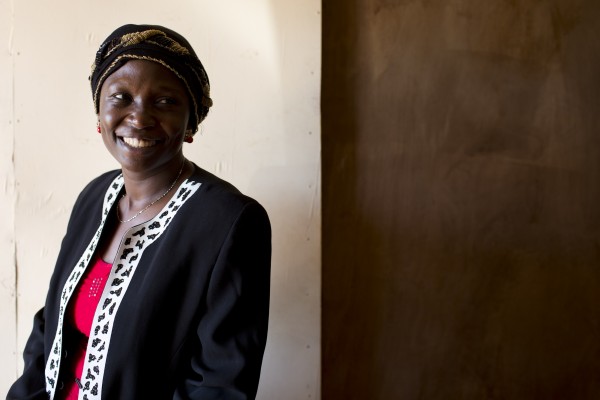 Habiba works at the local level to educate communities about fistula and to help identify and refer women for treatment. She is also the founder of Women and Development Against Distress in Africa (WADADIA), a community based organisation that runs health and economic programs to empower the poorest women. 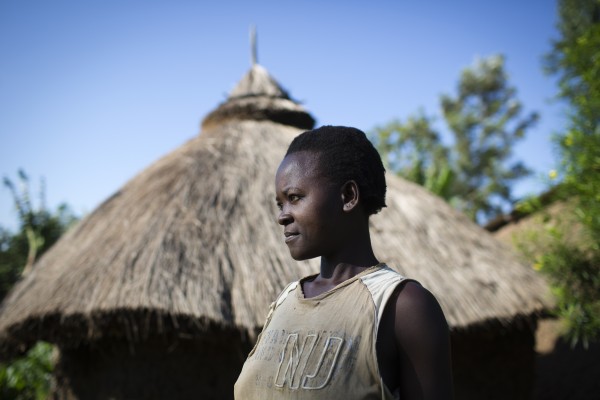 Aziza Musa, 27, attends her farm near the village of Indori in Western Kenya on April 29, 2015. Aziza is a Fistula survivor. Through the help from the Women and Development Against Distress in Africa (WADADIA), founded by Habiba, she managed to cure herself and she now lives a stable and productive life.

Habiba told me about her first success story: “I began my career as a veterinary assistant but in 2008 I met a sex worker who was suffering from fistula. Her family sent her away because of her condition and she was forced into prostitution to survive. By giving her access to an education, I was able to support her transition out of prostitution.” 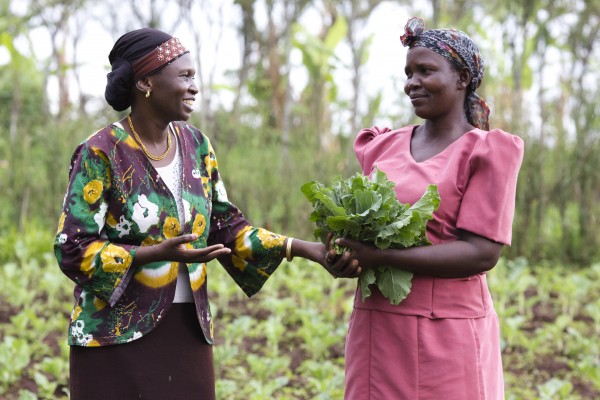 Habiba Corodhia Mohamed talks to Florence Naliaka Matabili, 47, as she attends her farm in the Mount Elgon region of western Kenya. Florence is a Fistula survivor. Through help from WADADIA, founded by Habiba, she managed to cure herself and she now lives a stable and productive life.

“Let the trauma end with me, so that no other woman has to suffer as I suffered.” ~ Sarah Omega Kidangasi 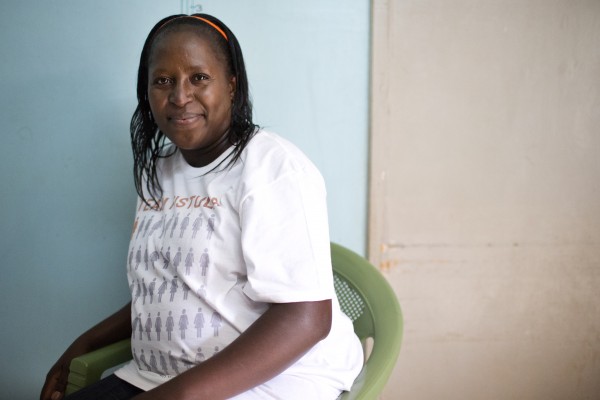 Sarah Omega Kidangasi, 39, poses for a photograph in a health clinic in Eldoret, Kenya.

Sarah Omega Kidangasi, 39, is a fistula survivor and an advocate for the Campaign to End Fistula. She served as a senior spokesperson with UNFPA, and is an Outreach Manager in Western Kenya for One By One’s Let’s End Fistula initiative and Communications Officer for the Fistula Foundation Action on Fistula program in Kenya. She recounts her story:

“I was orphaned at eleven. and although I performed very well in school I had to drop out to work to support my siblings. A religious leader in my community raped me when I was nineteen and overnight my life drastically changed for the worst as I tried to deal with the rape and the unwanted pregnancy. It was not easy to cope. 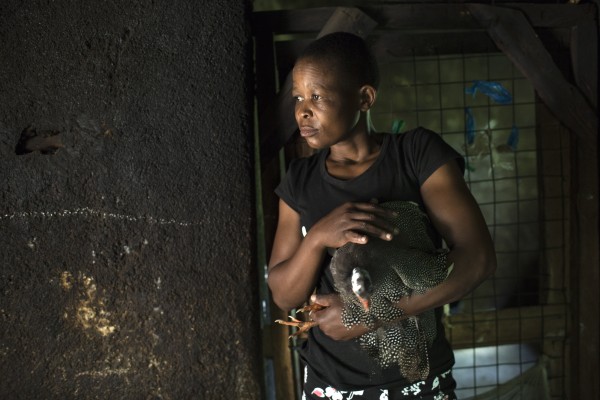 Janet Anyango, 23, attends poultry near the town of Mumias in western Kenya on April 29, 2015. Janet suffers from fistula and she is being cared for by the Women and Development Against Distress in Africa (WADADIA).

When it was time for me to deliver my child, I was in labor for more than 20 hours before I was able to reach a health facility. Once there, I was left laboring alone for an additional 18 hours before a gynecologist intervened. By this time, I had already lost my baby. In the days that followed I realized I couldn’t hold my urine anymore. I had developed a fistula.

My life became miserable. I wanted to die as every day was a never-ending struggle to cope with this condition. The rape, the loss of my baby, and the constant leaking of urine, which caused a foul smell and painful sores, felt to me like I was being punished for existing, for being a woman.

I lived with fistula for twelve years before meeting a doctor who told me that this was a curable condition. After I was cured through surgery, I decided to empower other women with this condition.” 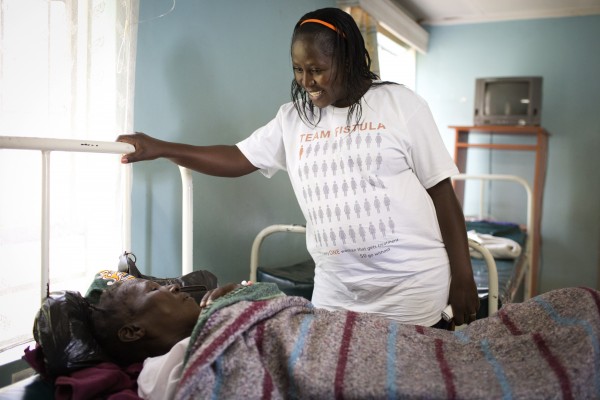 Sarah Omega Kidangasi talks to a woman suffering from Fistula in a health clinic in Eldoret, Kenya on April 30, 2015.