This story was originally reported by Lin Taylor and edited by Lyndsay Griffiths for the Thomson Reuters Foundation.

Female genital mutilation has dropped drastically among African children this century, research shows, but campaigners said on Wednesday that teenagers and young women remained at risk of the harmful practice. 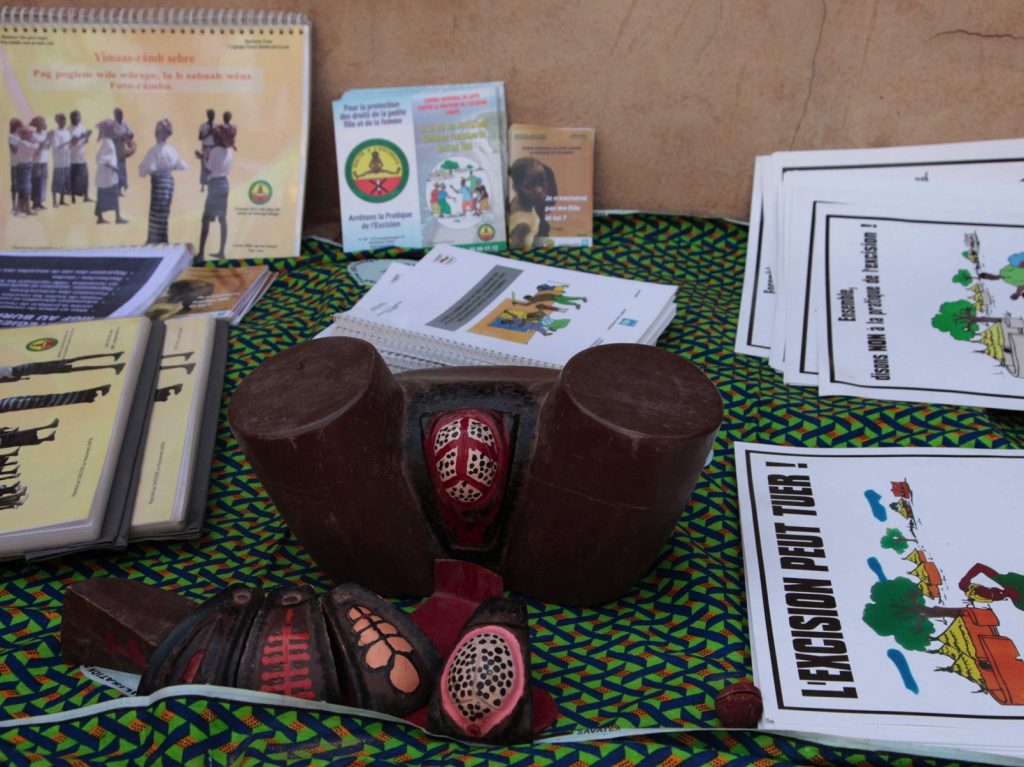 “Peer educators use the models pictured here to teach communities in Burkina Faso about the types of FGM as well as the harmful consequences.” (image via DFID)

Known as FGM, female genital mutilation is a ritual that usually involves the partial or total removal of the external genitalia, including the clitoris. Cutting is a rite of passage in many societies, often with the aim of promoting chastity. It can cause chronic pain, menstrual problems, recurrent urinary tract infections, cysts, and infertility. Some girls haemorrhage to death or die from infections. It can also cause fatal childbirth complications in later life.

Analysing data spanning more than 20 years, BMJ Global Health said in a study there was a “huge and significant decline” in FGM in children under 14 across Africa.

East Africa had the biggest fall in its prevalence rates, dropping to 8% in 2016 from 71% in 1995, according to the BMJ study published on Tuesday.

The United Nations children’s agency UNICEF estimates that 200 million women and girls globally have undergone FGM, with the highest prevalence in Africa and parts of the Middle East.

Campaigners welcomed the drop but said FGM also affects teenagers and young women, a demographic outside the study.

“We are pleased to see that the numbers are coming down in a lot of countries,” said Emma Lightowlers, a spokeswoman for campaign group 28TooMany, which does research on FGM in Africa.

“But it doesn’t tell the whole story and there are other groups where cutting takes place after the age of 14. It takes place in teenagers, or in fact, even in women in preparation for marriage,” she told the Thomson Reuters Foundation.

“Growing efforts to end the practice are having an impact (but) girls in this group may still be cut when they get older,” she said in an email to the Thomson Reuters Foundation.

Although girls under 14 are most at risk, research should include those aged 15-19, said British-based charity Forward, which supports FGM survivors from African communities.

“This data should not make us complacent to say that all those girls are risk-free,” said Naana Otoo-Oyortey, head of Forward. “We need to work towards ensuring these girls are supported and protected from FGM.”