Famines don’t happen in democracies because political leaders have an incentive to ensure that their citizens don’t go hungry; they need their votes. That’s the argument put forward by Nobel Prize-winning economist Amartya Sen in his 1981 book on “Poverty and famines.” The current crisis in the Horn of Africa seems to lend weight to Sen’s argument –- and to the argument that famine is a crime -– demonstrating that droughts only turn into famines when they take place against a background of bad politics and governance. 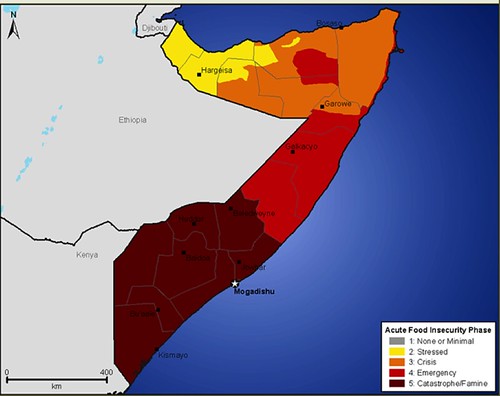 In Somalia, a total lack of effective governance has undermined the resilience of communities, destroying their ability to cope with the drought. Few would argue that governance is anywhere near ideal in northeastern Kenya or southeastern Ethiopia. Indeed, both regions are politically marginal and arguably marginalized by the governments in Nairobi and Addis Ababa respectively. But, in part as a result of initiatives that those countries’ governments have taken, with the strong support of international donors, the food shortages –- serious as they undoubtedly are -– are not currently at the famine proportions seen in Somalia.

ONE is not in the business of proposing political solutions for problems that it cannot claim to understand. But governance is clearly key. In Somalia, efforts to support a top-down political solution, with the Transitional Federal Government at the core, have not been effective. And famine stalks the land. In contrast, to the north of Somalia, the self-declared sovereign state of Somaliland has successfully crafted its own local governance arrangements, and has avoided the worst of the food crisis. It may be time for the international community to think beyond top-down political solutions.

Rather than seeking to support an effective central state which rules the whole of Somalia from Mogadishu, it may be more fruitful to promote bottom-up locally-driven approaches to governance, “supporting governance at the level where it is accountable and legitimate” as Peter Pham of the Atlantic Council put it in a testimony to the US House of Representatives. With more effective and accountable home-grown governance arrangements, rulers would have more incentives to respond to the needs of the people and to prevent them going hungry.

This blog post presents a personal view and is intended to stimulate discussion. It does not represent ONE’s official position.