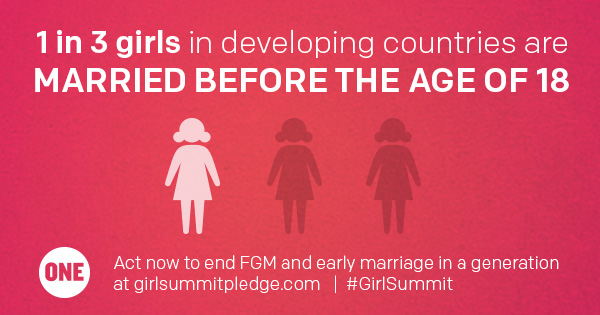 Every year, more than 13 million girls marry before their 18th birthday. These girls overwhelmingly come from the world’s poorest countries, and are often the poorest girls within their communities.

Early marriage is a complex problem, the root causes of which are many and varied. But poverty, and often extreme poverty, is an important piece of the jigsaw.

It is both a cause and a consequence of early marriage.

Arranging for their daughters to be married early can relieve immediate financial pressures for families living in extreme poverty.  In these contexts, marriage can literally mean one fewer mouth to feed. Many communities in low-income countries have marital customs where a girl’s family receives a ‘bride price’ of money or livestock, so marriage also becomes a way of bringing much needed resources into the family. The title of a Human Rights Watch report on this issue, ‘This Old Man Can Feed Us, You Will Marry Him’, encapsulates the tough choices facing families. 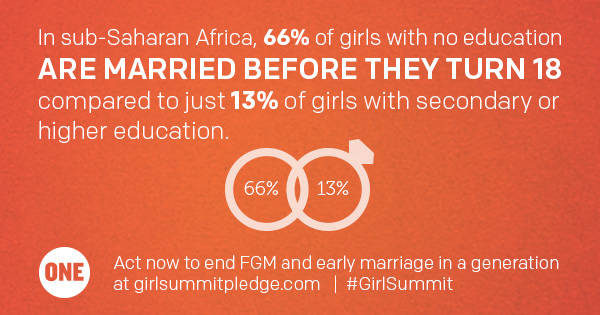 Most parents who marry their daughter before she reaches adulthood do so believing that they are acting in her best interest.

Many believe that having a husband is the best way to protect her from sexual violence, and that he will also provide for her material needs.  Sadly, all too often the opposite is true.  Early marriage can be just the beginning of a cycle that often includes early pregnancy and child birth, dropping-out of school, and complete loss of her potential to thrive and lift herself and her family out of poverty.

This cycle is generational. If a mother is under 18, her own child’s risk of dying in its first year of life is some 60% higher than that of a child born to a mother aged 19 or older.  And even if her own child survives, these babies are more likely to suffer from low birth weight, under nutrition and late physical and cognitive development. 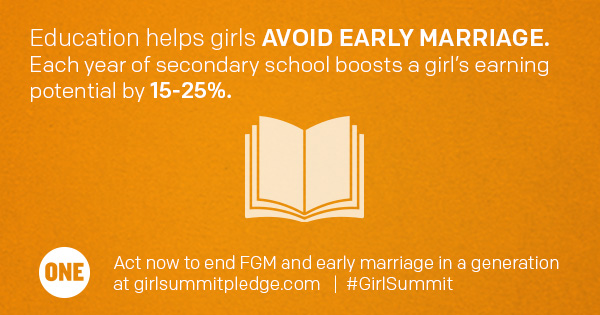 Ending child marriage is an investment in the potential of many of the world’s poorest girls.

Young girls who marry later and delay pregnancy beyond their adolescence have a higher chance of staying healthy, continuing in their education and building a better life for themselves and their families.

We know how to help girls at risk of early marriage: financial support to help families to keep girls in school; opportunities for decent work after school, challenging the social attitudes in communities that encourage early marriage; teaching girls about their rights and ensuring that teachers, health workers, religious leaders and others know the risks associated with early marriage and step in to prevent girls who are at risk.

So stand with the 13.5 million girls at risk of early marriage this year, and take action so they can have a better and brighter future.

Add your pledge to the Girl Summit site now 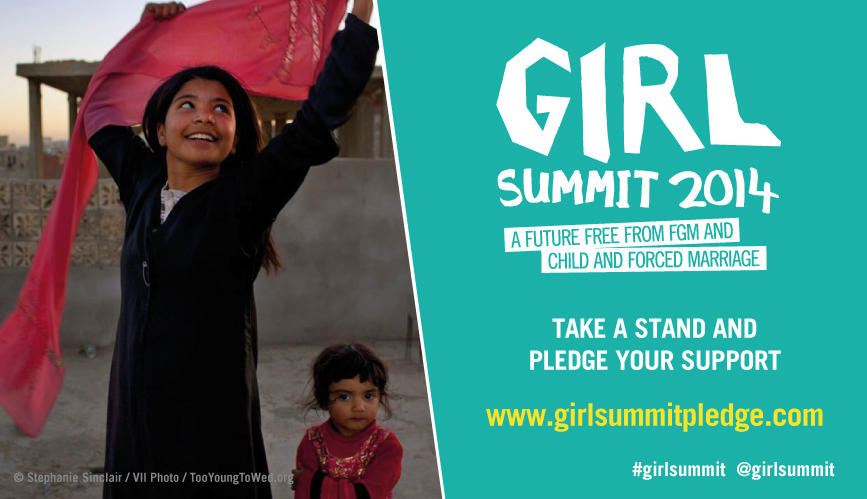