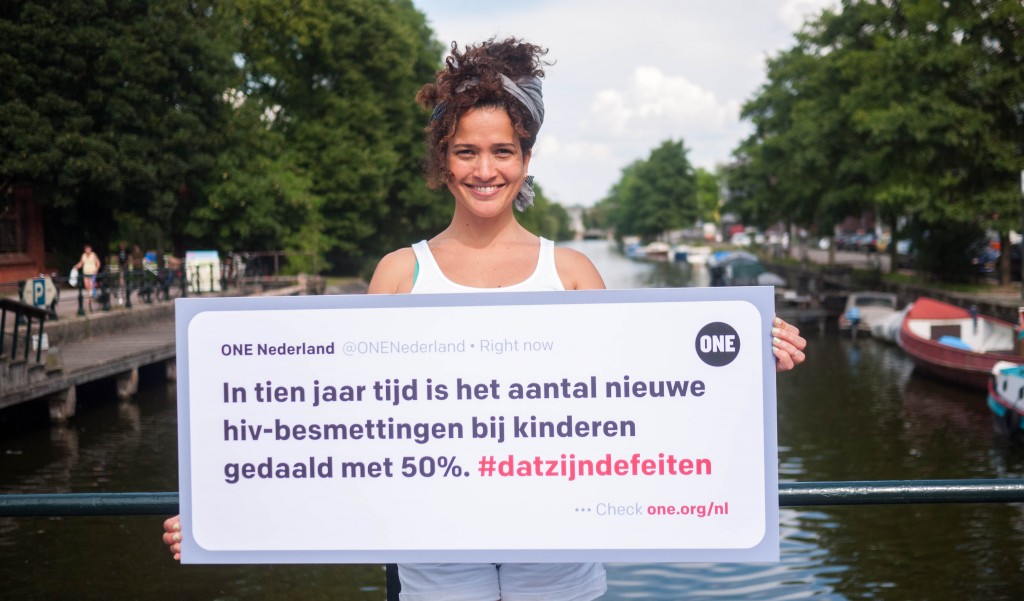 Dutch Youth Ambassadors travelled across the country by train last week, visiting all 12 Netherlands provinces in one day with a Big Train Tour they organised themselves.

The goal? To raise awareness about the fact that aid works!

The Netherlands has historically been a global leader in international aid. But since the economic crisis there have been budget cuts. For the first time since 1975, Dutch aid will fall below the internationally agreed target of 0.7% of Gross National Income (GNI).

ONE Netherlands are working to turn this around by making sure people know the facts. As part of the #datzijndefeiten (#thesearethefacts) campaign, our Youth Ambassadors are travelling the country with giant signs, collecting photos of the many members of the public who agree that there shouldn’t be anymore budget cuts to international aid.

See their journey in photos below and follow the #datzijndefeiten-campaign live.