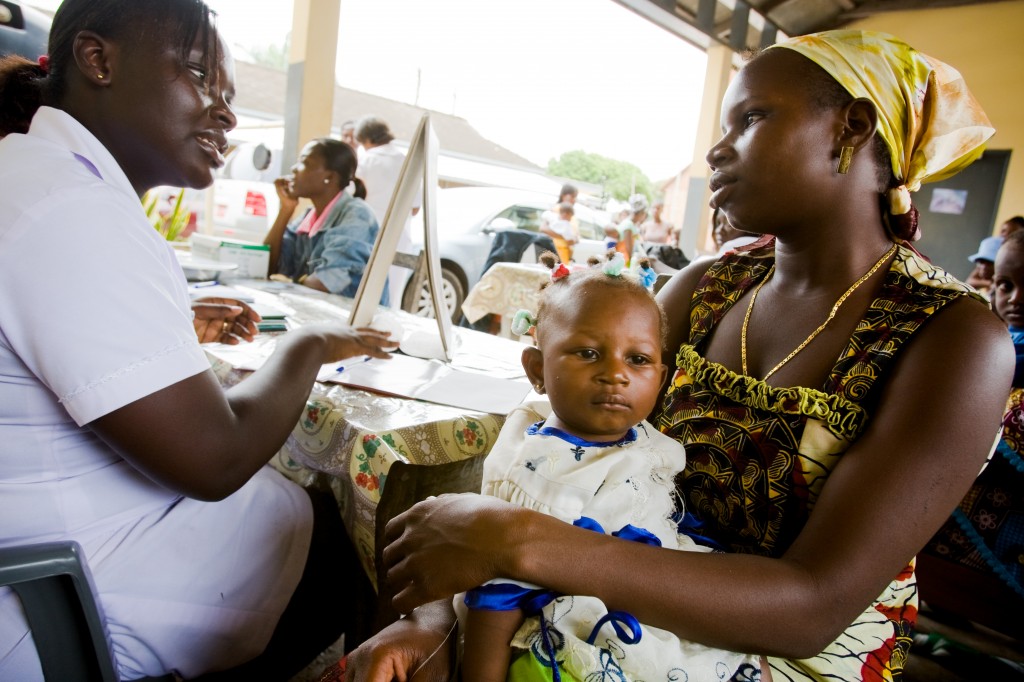 Nurse Eugenia Beatson talks to Ramatu Zango and her baby Sekinata at a breastfeeding clinic in Ghana. Photo: Olivier Asselin

While the Netherlands has always been a champion of international development, and consistently met or exceeded the international target of spending 0.7% of gross national income (GNI) on aid between 1975 and 2012, the Dutch government decided to cut aid by €3.25 billion over 2013–17.

Dutch aid relative to GNI is expected to fall to just 0.55% by 2017 – its lowest level in more than four decades.

Together with the Overseas Development Institute (ODI) and the National Institute for Economic and Social Research (NIESR), we have today published a new report looking at the effects of Dutch aid on development and the Netherlands. The report shows that aid cuts are not good news either for development or for The Netherlands! Aid not only has a positive impact on millions of poor people in developing countries, it can also boost the Dutch economy.

As a result of the Netherlands spending 0.7% of its GNI on aid, recipient economies may rise significantly. Dutch aid can boost GDP by up to 1% in sub-Saharan Africa. Moreover, getting back to 0.7% ODA/GNI would lead to an increase of Dutch GDP of 0.03% each year over 2013–17, or an accumulated € 0.94 billion. This means that Dutch aid is estimated to have a rate of return of 4%. Exports would increase by €11.9 billion 2013-17. If current plans for aid spending are maintained, the Netherlands would lose €250 million in GDP compared to 0.7%, or €330 million in terms of investment.

The Dutch government should immediately reverse the trend of reducing its aid budget, get back on track towards the historic Dutch commitment to 0.7%/GNI by 2015.