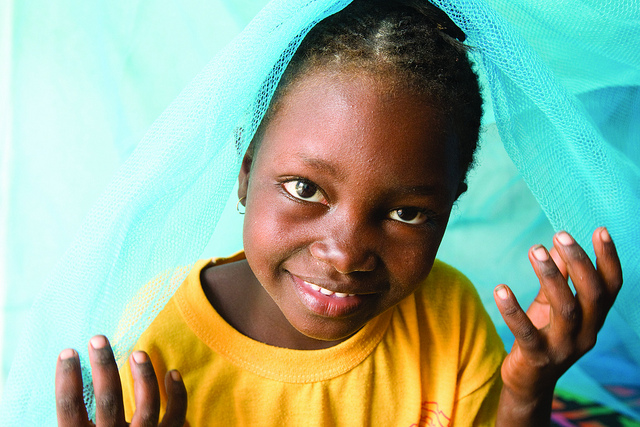 If the Netherlands pledge €90 million to the Global Fund, this could provide 4 million bed nets to protect families from malaria.

Last week, the Dutch government presented its draft budget for next year. In the crucial weeks and days leading up to this moment, ONE members in the Netherlands wrote to the Prime Minister and Finance Minister asking them not to cut overseas aid any more.

We are relieved to say that they are starting to listen, and development was spared a deep second swipe.

However, because the amount of Dutch aid is linked to how well the economy performs, less funds will be available than expected, and €150 million that was meant to support business initiatives in development were postponed for two years. This means that there will be almost €1 billion less funds available for life-saving aid programmes next year.

What has been happening to aid in the Netherlands?
The Netherlands has been a leader on development for decades. Since 1975, the funds it spends on overseas aid in proportion to the size of its economy has been amongst the highest in the world. And this has yielded incredible results.

However, last year the Dutch government decided to cut aid by over €3.25 billion over four years. These cuts were made amidst bigger overall cuts that the government needed to make in order to balance the national budget. Nevertheless, cuts to aid constituted a whopping 20% of all cuts, even though it only accounted for under 2% of government spending.

Life-saving aid programmes were targeted disproportionately, leaving the world’s poorest to bear the brunt of Dutch government spending cuts. This year, ONE members sent out a message that the nation’s books should not be balanced on the backs of the world’s poorest again. Last year’s cuts were applied without mercy, but aid was saved the second blow we feared.

What’s next?
A big thank you to all of you who took action. But it’s a long road to get the Netherlands back to being the leader it once was!

Now that they are debating how to spend the aid budget they set for 2014, the Netherlands has an opportunity to prioritise the most effective investments around. The Global Fund to Fight AIDS, Tuberculosis and Malaria is a great example of this: since 2002, programmes supported by the Global Fund have saved an estimated 8.7 million lives in 151 countries.

If the Netherlands were to pledge €90 million for the Global Fund, this could buy 4 million bed nets, help treat 2 million malaria cases and put over 50,000 people on anti-retroviral drug treatment.

Show your support  for the fight against these killer diseases by signing our petition.