That’s how long Malado was in labour. That’s how long she was unable to give birth. She was only 16 years old, after all, and it was her first baby. Her body wasn’t ready.

This was back in the 1960s in rural Mali, and there were no cars to take her from her village to a health facility—even today, it’s rare to see a car pass on these dirt roads. Finally someone helped her into a donkey-drawn cart and carried her to a clinic in the nearby town of Dioila.

“They had to force the baby out,” Malado says. Her newborn did not survive. 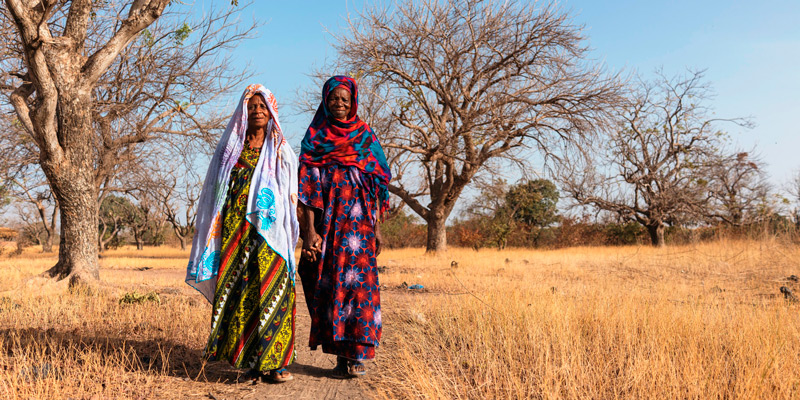 Saiba and Malado (right) are neighbours with similar life and Fistula experience.

Aside from the emotional pain, the trauma to Malado’s body was extensive. When the health workers helped her stand up after the birth, she realized urine was leaking out of her—and it didn’t stop from then on. Nerve and muscle damage gave her such trouble walking that soon she had to use a cane to get around.

She didn’t know it yet, but less than a kilometre down the road, a young woman named Saiba was going through the same thing.

Saiba had been married at 15 and was now having her third child. A few days into her labour she still couldn’t deliver. So she too made her way to Dioila, where her baby was finally born, but dead. A few days later, Saiba was leaking urine.

“I didn’t know what was happening to me,” Saiba says. “I would spend all day crying.”

No one knew what to make of Malado and Saiba’s situation. No one knew it had a name—obstetric fistula—or that it was a direct result of their childbirth injuries. Or that it could be cured. Eventually, no one else in their communities wanted to get close to them because of the smell, and so they became friends.

For the next 50 years, both women lived with the condition, changing and washing their clothes constantly and feeling as if they had lost all dignity. Their only comfort was each other.

A problem that persists

Today thousands of women in Mali and throughout West Africa are still experiencing exactly what Malado and Saiba went through over fifty years ago. The World Health Organization estimates that every year some 50,000-100,000 women are affected by obstetric fistula worldwide. It’s difficult to confirm an exact number—no one knows how many more could be hiding or unable reach the care they need.

For most of these women, a simple surgical procedure is all it would take to heal them completely.

But in Mali, making these surgical procedures more widely available in such a vast country is tougher than it sounds. It requires boundless cooperation, determined partners, and great creativity.

The Malian government has found all three in its partnership with IntraHealth International and several local NGOs and private-sector organizations. With funding from the US Agency for International Development and others, they’ve been working together since 2008 to revolutionize fistula care in Mali. Over the past ten years, they have:

Just over two years ago, during the first fistula repair campaign organised by IntraHealth’s Fistula Mali Project, a local health worker, matron Djénéba Boiré, heard a radio announcement about it. The ad called on women with Malado’s symptoms to come to the Koulikoro CSRef health centre, where they would receive all the care they needed at no cost to them. 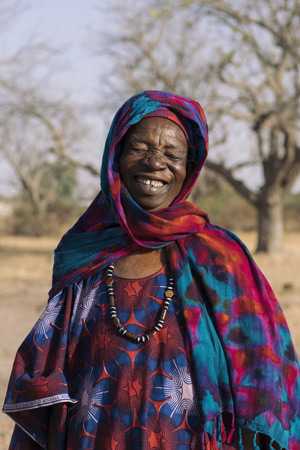 Djénéba told Malado, now 73, who quickly passed the news to Saiba, 75. And together they set off for Koulikoro. (Malado even met the First Lady of Mali there as she visited fistula clients at their bedsides.)

Today, both Malado and Saiba are completely healed. They hold hands as they walk around the community, laughing and chatting with the matron.

“We consider it our role in the community now to tell every pregnant woman we see that she must go for prenatal care,” Malado says. “And that she must deliver in a health facility.”

At Koulikoro and other facilities that work with the project, officials are determined to keep providing these services, and encouraging women like Malado and Saiba to come forward.

“The women are there, just waiting to hear when there’s a campaign so they can come have their surgery,” says Abdourhamane Dicko, a gynaecologist at the Koulikoro CSRef. “They stay in the shadows until then. This is an illness where people don’t show themselves. But there are still a lot of older women who’ve been living with obstetric fistula for years and years—and we still need to help them.

“When you give a woman her dignity back, that’s better than giving her millions of dollars.”

IntraHealth’s Fistula Mali project is funded by the US Agency for International Development. Our local partners include the Medical Alliance Against Malaria; Women Action Research, Study and Training Group; and the International Association for Maternal and Neonatal Health.