In our second partnership with One Acre Fund, we’ll be following David and Zipporah, smallholder farmers from Kenya, for a whole growing season. From planting to harvest, we will check in every month to see what life is really like for a family making a living from agriculture in rural Kenya. Read part 1, part 2 and part 3. Written by Hailey Tucker. 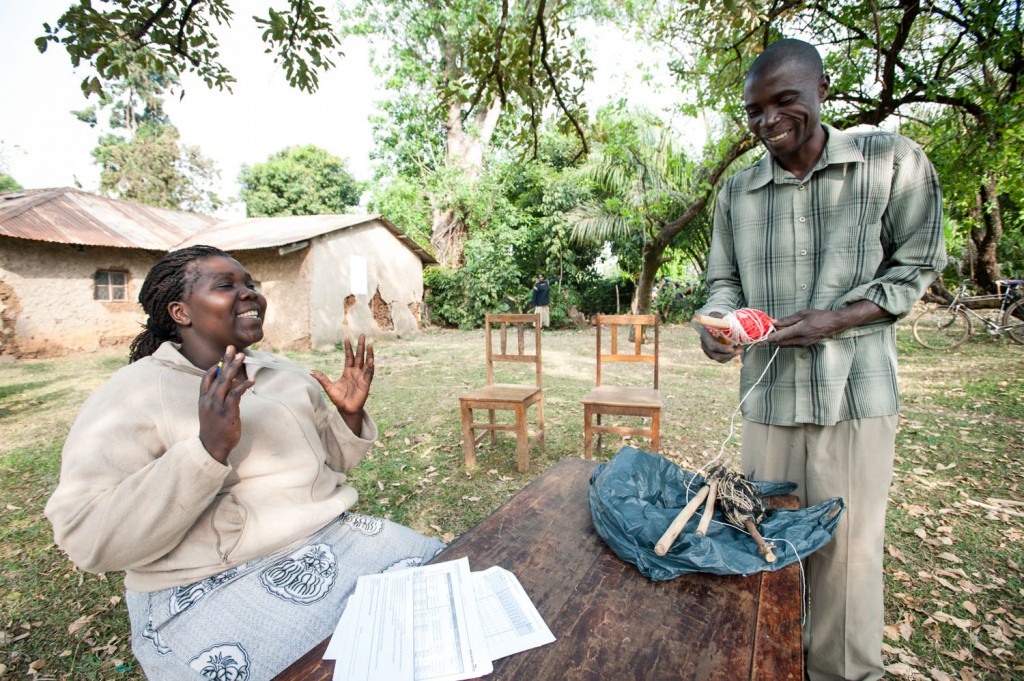 David and One Acre Fund field officer Anne Khaemba catch up with each other before David’s farmer group receives their farming supplies. Photo: Hailey Tucker

David and Zipporah saw their new business of buying and selling maize, along with the capital they had saved for it, disappear within a week.  Unfortunately, this is a common experience for smallholder farmers in rural east Africa, who often have to deal with sudden financial shocks.

“Our red cow was not eating for two days, so we knew it was sick,” Zipporah says. “It was breathing heavily and fast, so we paid a vet to come and look at it.”

The vet diagnosed the cow with East Coast Fever—a disease spread by ticks, that is fatal for livestock if left untreated. It cost them ($2.30 USD) in vet’s fees and another 2,200 Kenyan shillings ($25 USD) for the treatment.

“The red cow is important to us,” David says. “So, we had to purchase the medicine. The medicine is dosed based on size of the cow, and our cow is big, so we had to buy 20ml.”

“At the moment, it’s hard for us because we don’t have anywhere to get the money to start the business again,” Zipporah says. “I feel we’ll have to wait until we harvest this year now to earn enough money to invest again. Our biggest concern is buying food at the moment, so any money we earn, we need to buy food.”

Good news
The good news is that they have recently received seed and fertiliser on credit through One Acre Fund, and in the last week, they have begun planting.

This video clip shows David preparing his land for planting, using a hoe and string.

David and Zipporah received 2.5kgs of hybrid maize seed, 1kg of millet, and 25kgs of planting fertiliser. They will then receive another round of fertiliser, and a solar light from One Acre Fund later this month. To date, they have paid 2,700 Kenyan shillings ($31 USD) toward their 9,500Ksh ($109 USD) total loan, and they have until early September to complete their payments.

“Without being able to buy our inputs on credit, we would have only been able to purchase seed or planting fertiliser right now, but none of the other items,” Zipporah says. 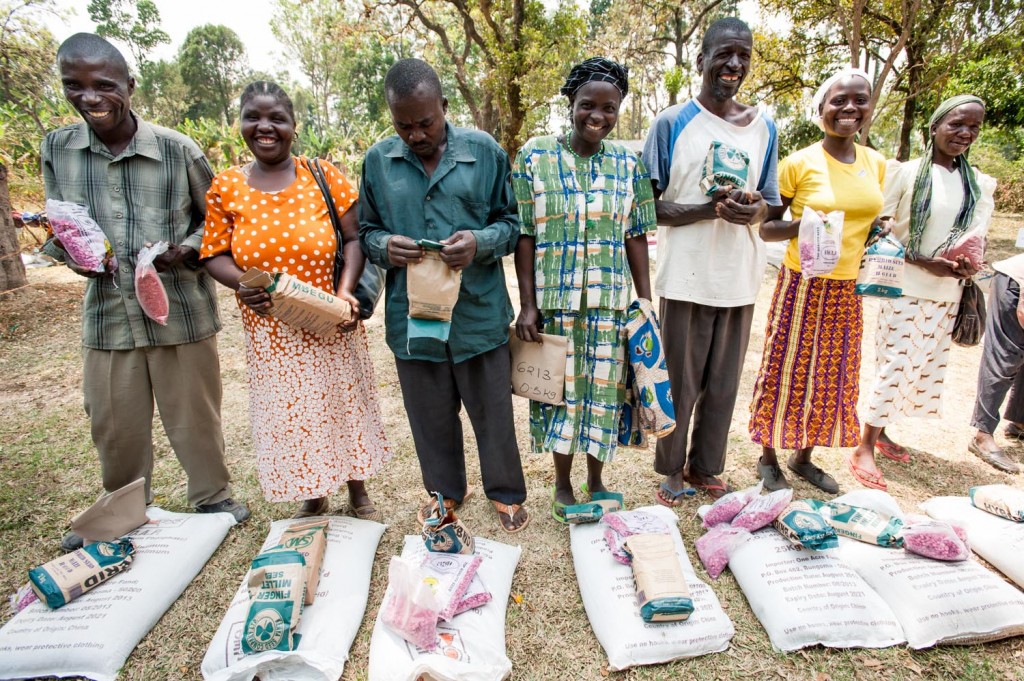 David with his group named “Njete”, meaning “teamwork” in Bukusu, who wait to sign to confirm they have received seed and fertiliser. Photo: Hailey Tucker

Government support for agriculture
The couple expresses a strong desire for smallholder farmers to receive more support from the Kenyan government.

“We think the government isn’t helping us in any way because the projects they bring require us to pay cash up front to receive any service, and we cannot afford to pay all of the costs at once. The government does very little to help us uplift ourselves,” Zipporah says.

The only government-funded project David and Zipporah have encountered in their time living in Milani, Kenya, was a banana cultivation programme last year. They were very interested because they had heard the plants and training would be provided on credit.

“We enrolled and attended trainings, but then suddenly, we were asked to pay 100Ksh ($1.15 USD) per plant,” David says. “We hadn’t been told that before, and it was too expensive for us, so we had to drop out of the programme. They said we needed to have cash upfront, and we didn’t have it.”

“I feel a cow project would be good for us because it wouldn’t depend on the rain,” Zipporah says, describing her ideal form of government support. “We’d get more benefits from a cow if we got one on a loan than even from farm inputs.

In farming you can spend a lot of money on the inputs and a lot of time on the labour, but still harvest very little if the rain is not reliable. With livestock, this wouldn’t be a problem. We could control the outcome.”

ONE is campaigning for African leaders  to keep the promises they made in the 2003 Maputo Agreement to invest 10% of national budgets in agriculture, and support smallholder farmers like David and Zipporah. Find out more and sign the petition to ‘Do Agric’.