COVID-19 cases in Africa hit a record high in July. South Africa had the highest officially recorded COVID-19 infections and deaths, with more than 2.5 million confirmed cases over the course of the pandemic, and over 75,000 deaths. In fact, South Africa accounts for almost 40% of all coronavirus-related deaths on the continent. 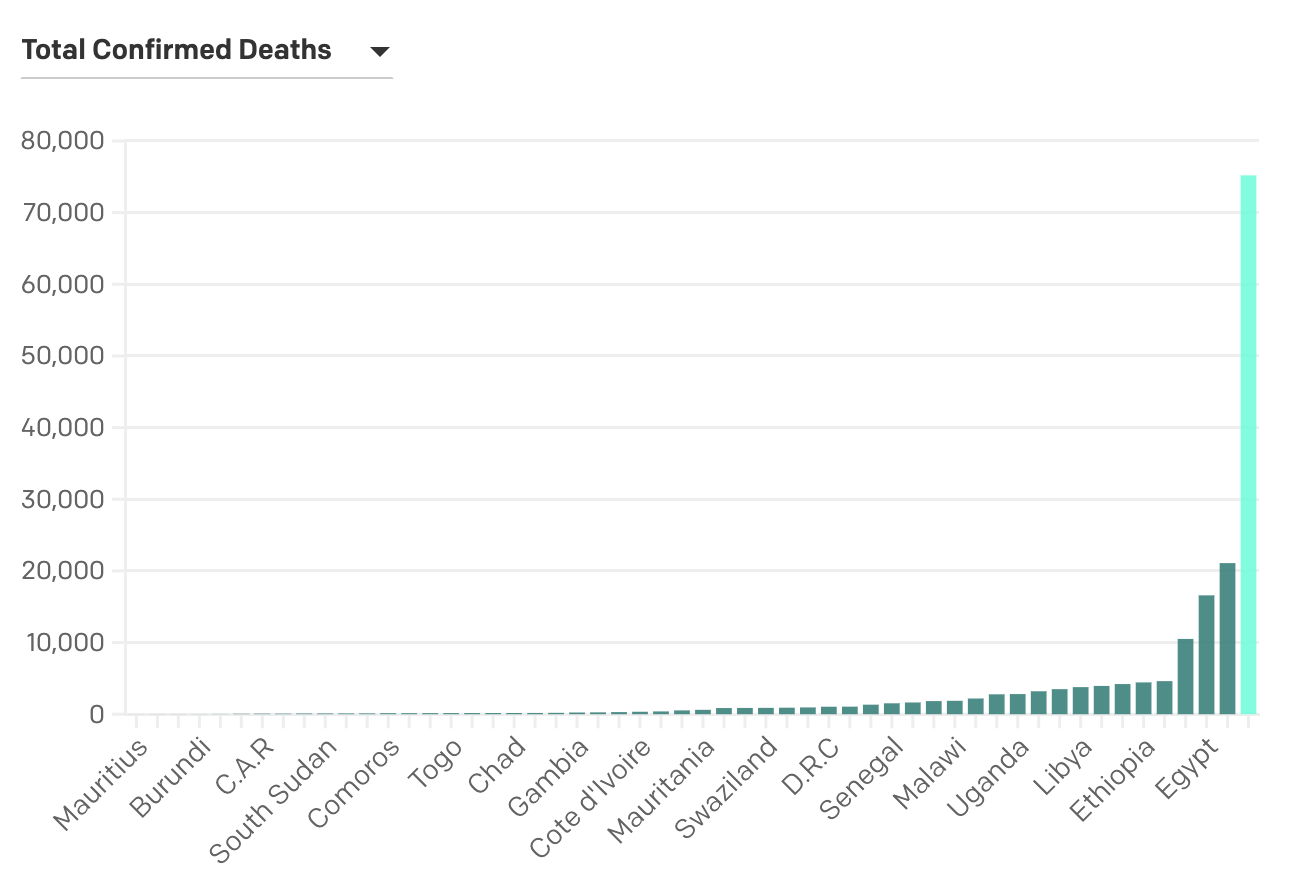 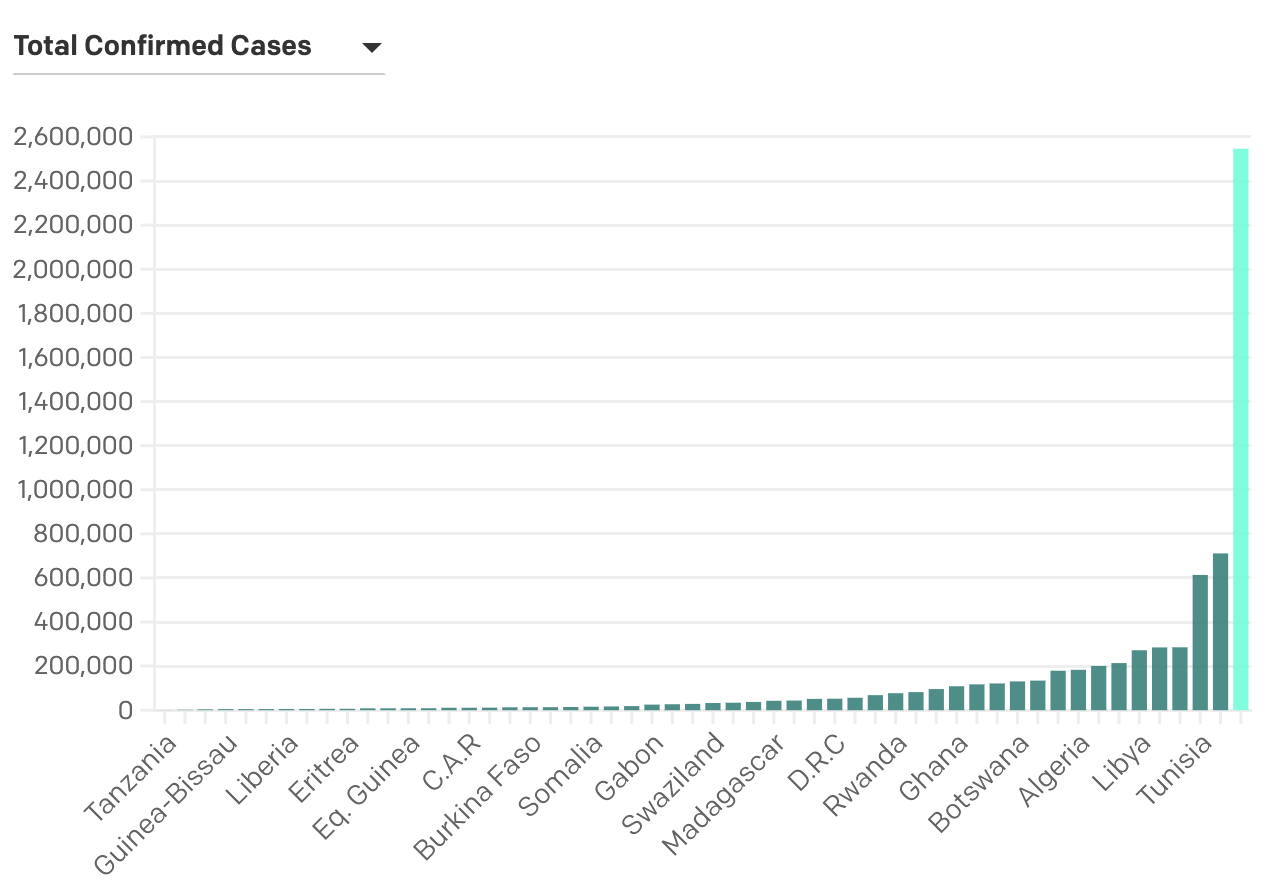 This latest wave of COVID-19 infections in the country is far worse than the first wave last year. On 27 June the seven-day average of new daily cases nationally overtook the peak of the first wave in July 2020. During a televised address to the nation in June, South African President Cyril Ramaphosa said, “We are in the grip of a devastating wave that by all indications seems like it will be worse than those that preceded it.”

COVID-related restrictions, like curfews and capacity limits, are impacting lives and livelihoods across the country. Schools recently reopened after one month closed, but their closures have impacted between 400,000 and 500,000 students who dropped out of school within the last 16 months. And during lockdowns, two out of three people reported not being able to work due to pandemic restrictions.

This third wave marks just another hurdle in South Africa’s fight against the COVID-19 virus.

One of the first hurdles began in February 2021, when South Africa received 1 million doses of the AstraZeneca vaccine from India with an expiry date of 13 April. South Africa’s vaccine administration infrastructure, however, was just beginning, and this left the country with little time left to administer the two-dose shots.

South Africa eventually sold the 1 million doses to the African Union in March.

Similarly, with very little time left to use them, South Sudan announced it would be destroying 59,000 doses of the AstraZeneca vaccine received from the African Union. Nigeria also passed on their doses to Togo and Gambia, unable to use them by their expiry date. According to the WHO, only Togo and Gambia have confirmed they were able to use all of their reassigned doses by their expiry date.

On 17 February, South Africa administered its first COVID-19 vaccine after receiving doses of the Johnson & Johnson vaccine, which is given as a single dose and has shown to be effective against the South African variant of COVID-19, N501Y. But the program paused in mid-April over concerns of a rare blood clot.

Dr. Katrin Stuve, a specialist physician in South Africa, who spoke in her personal capacity on the low vaccination coverage, explained, “High-income countries paid for vaccines before the results of the trials for efficacy were available. They could afford this calculated risk. South Africa could not.”

“[South Africa] waited for trial results to be available and was on the back foot. We are still lagging behind developed countries in obtaining vaccine doses,” she continued. “[Now] for the current wave, only healthcare and some [people] over 60 will really be protected.”

Over 8.6 million South Africans have now been vaccinated with at least one shot. While this marks progress over the past few weeks, it still represents only a fraction of South Africa’s population.

COVID-19 isn’t the only health crisis facing doctors in South Africa. “In South Africa, healthcare workers have to deal with a lot of different struggles in addition to managing a vaccine campaign,” said a medical doctor in Cape Town, who wished to remain anonymous.

“South Africa is the country with the highest number of people living with HIV in the world and we have a high TB burden, so we had to continue those programs. Similarly, we couldn’t stop services for patients with noncommunicable diseases. And now that we’re in a third wave, the care of actual COVID patients is also a massive burden to the healthcare system’s capabilities.”

Civil unrest has also impacted South Africa’s vaccine rollout. In July 2021 protests, violence, and looting broke out across South Africa’s provinces of KwaZulu-Natal and Gauteng in response to the imprisonment of former President Jacob Zuma and the increase in poverty and food insecurity as a result of COVID-19. Looters targeted shopping malls, factories, and warehouses, many of them in impoverished townships that have been hit hard by COVID-19 infections, lockdowns, and job loss.

“Unfortunately the vaccine rollout was delayed in the urban areas of KwaZulu-Natal and Gauteng after an episode of looting and public violence and destruction,” explained Dr. Stuve. “I have not seen reports of actual vaccines being stolen, but the vaccination sites, both public and private pharmacies, were looted or damaged and had to be temporarily closed. Road access and public transport were also issues that affected staff and patients accessing sites.”

“The last month has been very challenging for South Africa’s fight against COVID-19,” the doctor said. “Due to the unrest in KwaZulu-Natal and Gauteng, some facilities had to function with very limited staff. At the peak of the violence, the facilities were overwhelmed with trauma cases, with staff comparing it to scenes from a war.”

“Similarly, Cape Town … has had its own challenges due to the taxi wars, putting a tremendous strain on staffing availability, with some [COVID-19 vaccine] facilities even closing due to the threat of violence. When this happens we go into survival mode to just get people their chronic medication and treating emergencies, and unfortunately, then our vaccine program takes strain,” she continued.

Hope for the future

Despite these initial challenges, the vaccine rollout is picking up. The doctor from Cape Town said, “I am very hopeful. [On July 25], it was reported that over 240,000 people were vaccinated every weekday in South Africa, with the hope of ramping up our capabilities to 300,000 per day.” 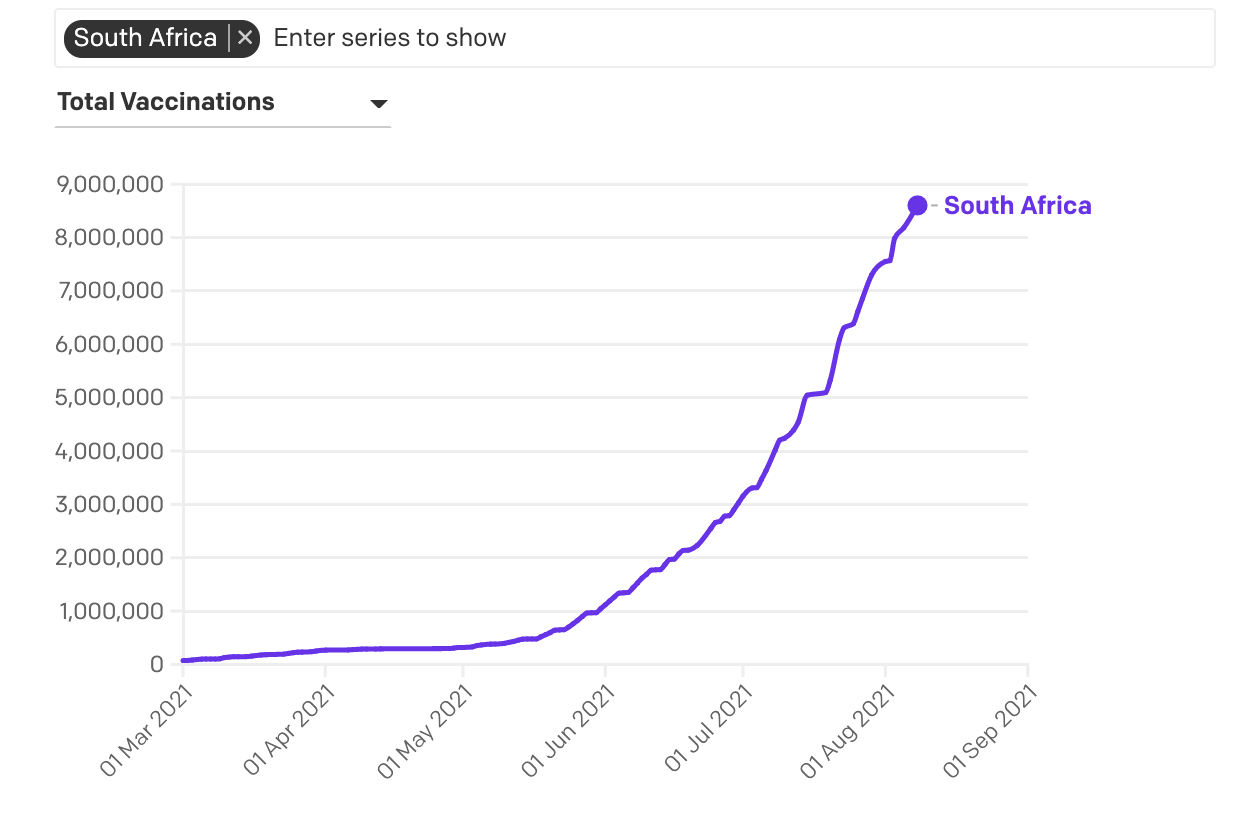 Although many South Africans remain frustrated with the return to stricter lockdown measures, the doctor said that “the only hope we have to avoid future lockdowns and the only way we’ll ever go back to any sort of normality is if South Africans get vaccinated, so everyone is trying to do their part.”

“We have many challenges,” Dr. Stuve said. “But we [also] have amazing scientists, healthcare workers, and social activists.”

“I have seen South Africa rise to a challenge in the past. There are many pessimists and we, as other countries, have and will make mistakes. But we do not have a choice, we need to do this. The world is a global village,” Dr. Stuve said. “If COVID-19 is not controlled in South Africa and other low- [and] middle-income countries, the ‘village’ is not safe.”