It’s getting colder in the North, the leaves are changing colour, and scarves are back in our wardrobes. But as the cool breeze of winter sets in, so does our need for warmer holidays.

But there’s a catch. Climate change is going to make taking those warmer trips a bit more difficult unless we act now. From prolonged droughts to severe flooding, the climate crisis is affecting some of the world’s natural wonders. In fact, in Africa, three-fifths of the continent is warming twice as fast as the global average.

So, ready to fight climate change and preserve those natural wonders? Keep reading to discover five destinations that will inspire your next trip and take climate action!

Just off the coast of Southeast Africa, you’ll find the largest island in the Indian Ocean, Madagascar. The abundance of culture matches its rich biodiversity. From tropical forests to deserts, canyons to beaches – every traveller will find their corner of pure magic. And let’s not forget about all the cute lemurs!

Madagascar is a place of beauty and wonder. But climate change, rising temperatures, and record droughts are putting this zoological wonder at risk. Compared to the 1970s, the frequency of droughts in sub-Saharan Africa increased threefold between 2010 and 2019. The continent is currently undergoing its 152nd drought since 2000. Madagascar itself has recently endured its worst drought in 40 years, leading to severe food insecurity. 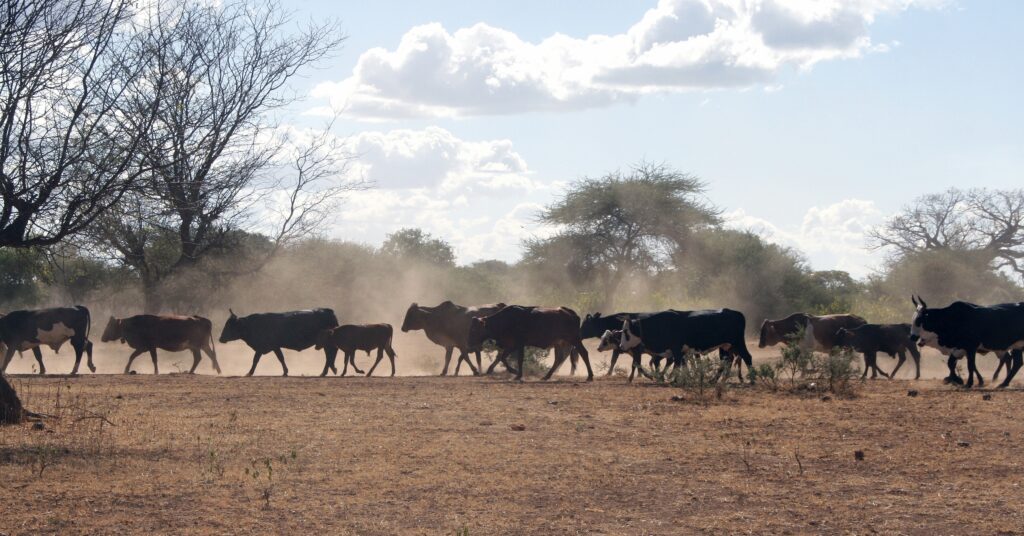 Home to Africa’s greatest waterfall, Victoria Falls straddles the border between Zimbabwe and Zambia. Referred to locally as Mosi-oa-Tunya, meaning ‘Smoke that Thunders,’ this impressive spot is one of the seven original natural wonders of the world.

But if towering waterfalls aren’t your thing, there are plenty of National Parks on solid ground for you to explore. Just be sure to bring your binoculars to glimpse the Big Five!

However, climate change might shorten the time you have to visit this world wonder. Prone to droughts and shifting rainfall patterns, Zimbabwe is vulnerable to impacts on water and food supply. This also affects the country’s energy sector, as a significant proportion of the country’s power generation is hydroelectric. Zimbabwe’s main lake and home to its main power plant, Lake Kariba, has seen a drop in water levels over the past years. Debt distress has hampered the country’s ability to respond to climate change’s adverse effects. 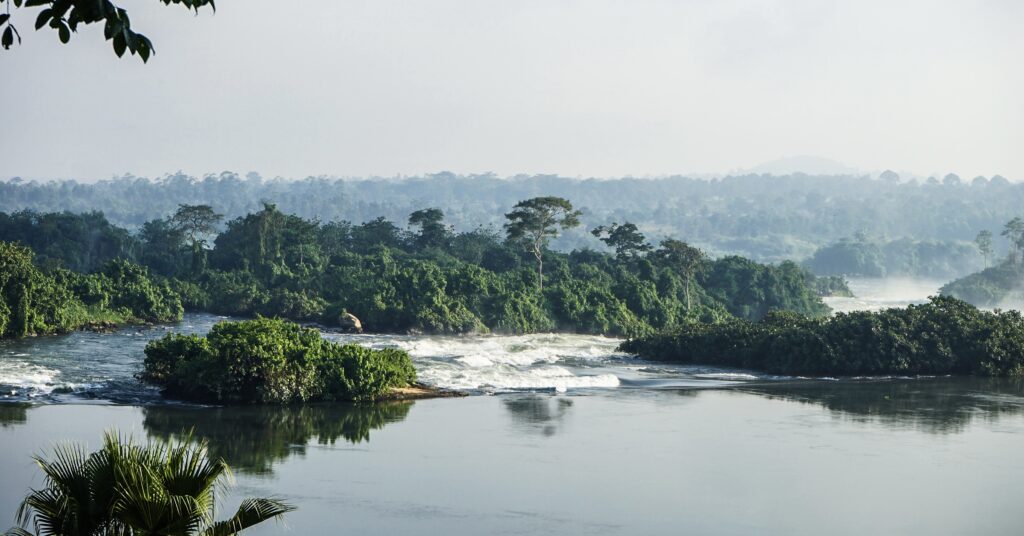 Uganda stands out as a travel destination offering everything from off-the-beaten-path adventures to party cities. Whether you are looking forward to spotting gorillas on a mountain trek, taking a calm boat ride in Lake Bunyonyi, testing your luck with tree-climbing lions, or striking a pose on the equator, Uganda will mesmerise you!

But experiencing the Pearl of Africa might be cut short thanks to, you guessed it, climate change. Here’s the thing: nearly 70% of Uganda’s population is employed via agriculture. But as extreme weather events like floods, landslides, and prolonged droughts become more frequent, livelihoods are threatened and people are displaced.

To protect the agriculture sector, which in total accounts for about half of all employment in Africa, and preserve its natural wonders, countries must start their transitions to renewable energy. This will not only slow down the occurrence of such weather events, but to strengthen economies. A transition to renewable energy could create 9 million additional jobs by 2030. 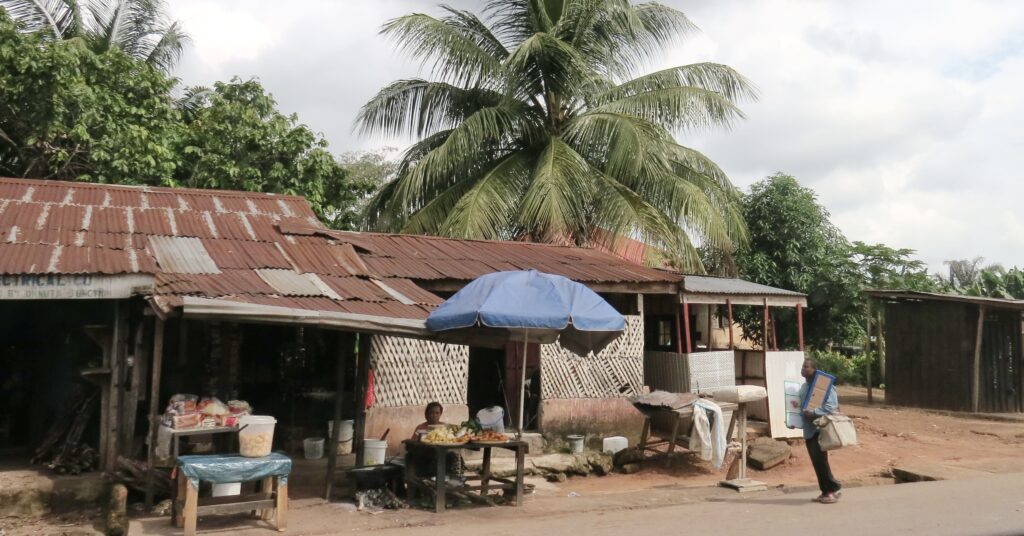 With over 250 ethnic groups and over 500 languages, Nigeria is a melting pot of vibrant cultures. And how do we best experience culture? Through our stomachs! Visit bukas to try traditional recipes, from flavorful soups to famous jollof rice.

When you’re done filling your bellies, catch a film to get a peek into the Nollywood film industry, the second largest film producer in the world! And you can time your visit with a must-experience festival or masquerade. From Durbar festival in the North to Calabar Carnival in the South, these events showcase the rich cultural diversity and hospitality of the country.

But the country’s most unwelcome tourist, climate change, is threatening that. This year is set to be Nigeria’s wettest in 40 years. Since early July, intense rainfall has affected 31 out of the country’s 36 states, which has triggered flooding. Flooding in Nigeria has become a “‘overwhelming disaster,” as it has affected public facilities, displaced families, and threatened further crop and livestock loss.

As more severe weather events take place across the continent and make homes and lands inhospitable, more and more people will be pushed to migrate. The projected number of internal climate migrants in sub-Saharan Africa by 2050 is as high as 86 million.

As an ecotourism hub, Benin’s beautiful beaches in the south and wildlife parks to the north are underpinned by an abundant history. As the birthplace of Voodoo, you do not want to miss the colours, rituals, and dancing that takes place at the Fête du Vodoun every year on 10 January in the seaside town of Ouidah. This vibrant town is also a place of remembrance. Once a major centre for the slave trade, today you can follow the route taken by slaves being shipped to the Americas, from a Portuguese Fort to the Door of No Return memorial.

Enter climate change. The natural beauty and wonder of Benin is at risk because of the effects of the climate crisis. Over 50% of Benin’s population resides in southern coastal towns and the city of Contonou. But the combination of rising sea levels, increased floods, and rapid urbanisation has furthered coastal erosion and damaged infrastructure. Benin’s population is expected to grow by 90% by 2050, from 13 million to 25 million. This will put further strain on services and the environment – mirroring the continent’s trend of high population growth, coupled with the fastest urban growth in the world.

What does this all mean?

The impacts of climate change are being felt around the world and are affecting some of the world’s most beautiful natural wonders.

More than 3 billion people are vulnerable to climate change. If not tackled, it risks pushing millions more into extreme poverty, affecting people’s health, and more.

That’s why at COP 27, ONE is calling on the leaders of high-income countries to deliver on promises. Thirteen years ago, a US$100 billion annual climate finance target was set to help lower-income countries mitigate the risks of and adapt to climate change. This target was never met. With estimated needs already reaching US$1.3 trillion a year, it’s time to take it seriously. G7 countries must deliver their fair share of the US$100 billion goal this year. And they must allocate at least 50% to adaptation initiatives.

African economies contribute just under 4% of total greenhouse gas emissions. Yet, three-fifths of the continent is warming twice as fast as the global average. We must empower local communities with the financing to be resilient in the face of already changing weather that put lives, livelihoods, and natural wonders at risk.

Right now, the climate crisis is affecting every country in the world. As a climate activist in Nigeria, I have seen firsthand what happens to communities that don’t have the means to adapt to climate change.

While communities like mine have contributed the least to climate change, we’re facing the worst effects. We’re seeing loss and damage to our economy, our lands, our cultural sites, and our livelihoods.

We demand justice. Climate justice means building more resilient communities — not leaving the most vulnerable behind.

We don’t want promises for the future, we want action now. We want world leaders to deliver the funds for climate justice today.