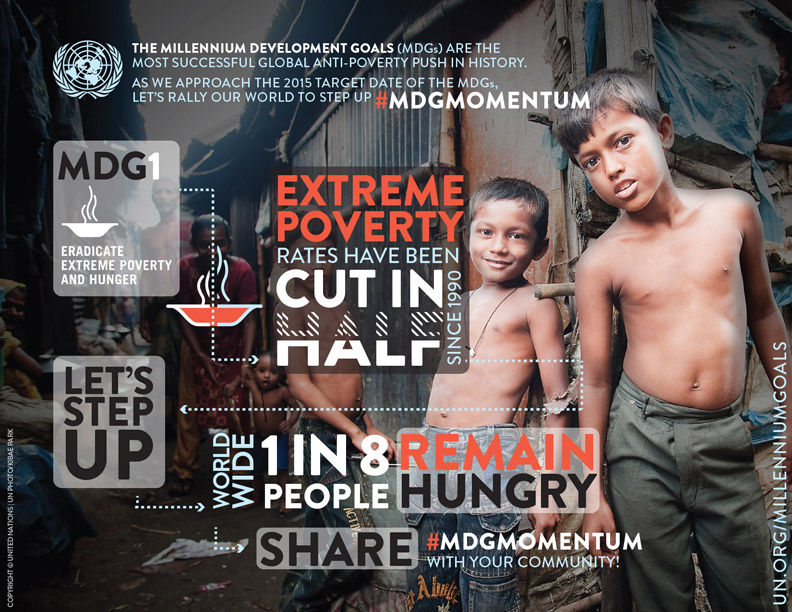 Can the world take the vital next steps towards ending global poverty? Or will we let progress slip away?

That’s the challenge that the United Nations outlined recently, in its annual review of the Millennium Development Goals (MDGs) – clear, measurable targets for improving peoples’ lives around the world.

“If trends continue, the world will surpass MDG targets on malaria, tuberculosis and access to HIV treatment, and the hunger target looks within reach. Other targets, such as access to technologies, reduction of average tariffs, debt relief, and growing political participation by women, show great progress.”

The report highlights some of the amazing progress made:

But it also looks at the problem areas – and there is some disturbing news.

“Some MDG targets, such as reducing child and maternal mortality and increasing access to sanitation, are slipping away from achievement by 2015,” says the report.

“Progress has been uneven between and within countries and regions,” the Guardian said. “Many states will not achieve all of the goals by the 2015 deadline; some will not meet any.”

“The goals related to women – gender equality and reducing maternal and child deaths – are the most off track.”

The MDG targets are finishing at the end of 2015 – and around the world, governments are working on a new set of ideas. In the next year, you’ll be hearing a lot from ONE on the new goals – and we’ll be asking you for your ideas of how we make progress on extreme poverty stick.

The UN wants to know what issues matter most to you. Vote for your top 6 issues here.