Since we first spoke with Temie Giwa-Tubosun in 2016, she’s been featured on Humans of New York and The Guardian’s Small Changes podcast to discuss her growing start-up company, LifeBank, which delivers lifesaving blood transfusions and oxygen.

Now, Temie’s channelling her expertise and transporting her ideas to the other side of Africa. She is on the advisory board for the Lake Victoria Challenge — a competition which uses innovative technology to transport health support and materials to some of the most remote parts of East Africa. Read on to find out more about how Temie got to where she is today.

In 2009, Temie Giwa-Tubosun visited Nigeria, her homeland, for the first time since she was 10 years old. 13 years abroad had insulated her from some of the harsh realities in her home country, but back as a graduate school intern with the UK’s Department for International Development (DfID), she witnessed an incident which became a motivation for her life’s work.

A young woman had been in labour for three days and her family, unable to afford hospital bills, milled around her waiting for death to come. Temie and her colleagues showed up at the doorsteps of the petrified family hoping they would participate in a household survey. It was fortuitous timing – they lifted the woman into their truck and moved her to the hospital. She survived, but her baby sadly died.

“I had never seen anything like that. The family had resigned itself to losing her,” says Temie of the incident. 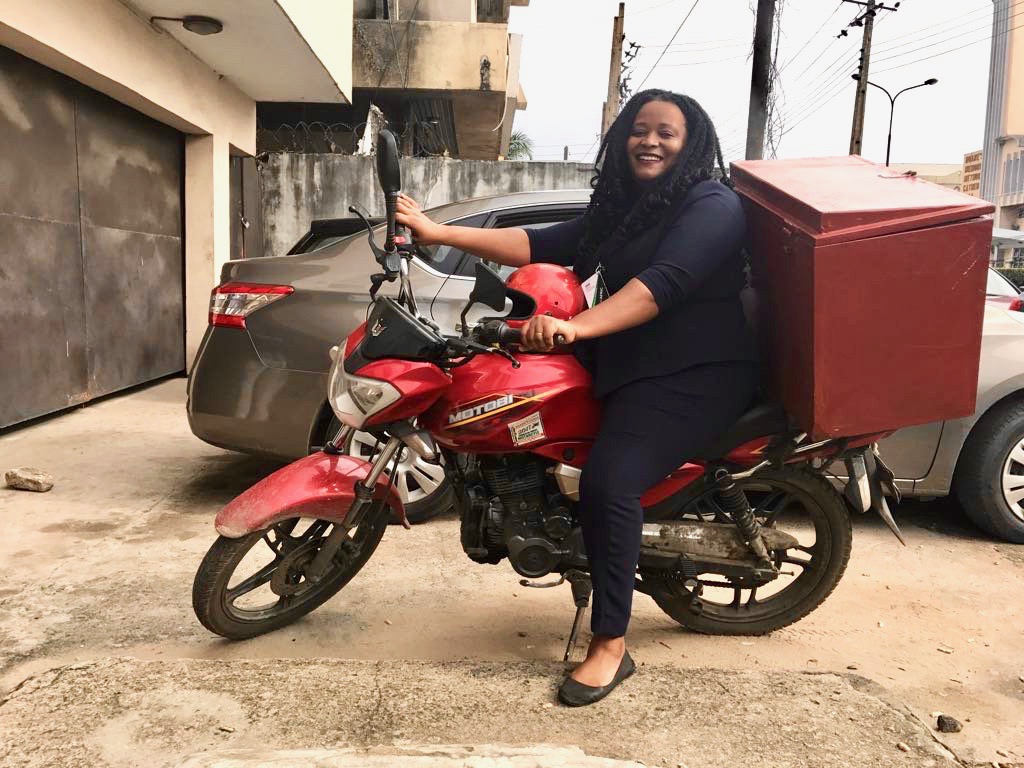 Temie with one of the motorbikes used to transfer LifeBank blood across Nigeria. via Twitter.

Blood is a big deal

Temie spent just three months in Nigeria during that visit but she became obsessed from that moment with stopping maternal mortality.

Nigeria contributes the second largest share to maternal and child death rates in the world – hemorrhages kill more pregnant women every year than any other complication apart from pre-eclampsia (high blood pressure). Malaria patients (especially children), sickle cell patients, cancer patients, victims of terror attacks, and many others end up needing blood at different times as well. A pattern was emerging in Temie’s mind – blood is a big deal. 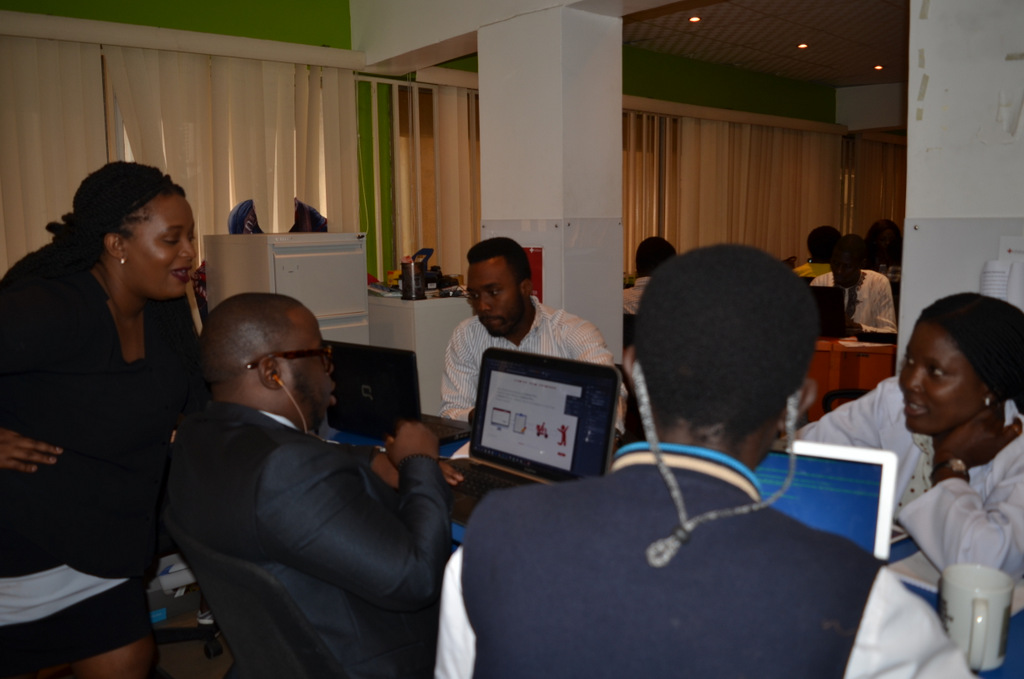 In 2012, Temie returned to Nigeria and started the One Percent Project to “inspire a new generation of voluntary blood donors to solve the problem of blood shortages.”

The One Percent Project kept a database of willing prospective donors who could be reached at a moment’s notice to donate blood. At the time of writing, the project had received donations of 3500 pints of blood to date, enough to save over 10,000 lives. Her work earned her a 2014 nomination in the BBC’s 100 Women List.

But Temie wasn’t satisfied. The NGO model wasn’t working for her. It could not solve the problem in a “significant way,” she said and she worried about sustainability when the project rested on the whims of donors.

“Every year the funders decide what they care about,” she says. “I spent 70 per cent of the time looking for money.” Her response was to quit her day job with the Lagos government and launch a technology-powered social enterprise called LifeBank, “the biggest virtual based blood bank in Nigeria.”

At first glance, it seems like the only problem is one of supply not matching demand, but it is “actually an information and logistics problem.”

A blood bank in Ikeja, Lagos – for instance – may have the blood needed by a patient elsewhere in Lagos, but the patient and the hospital may be unaware. Stored blood has a shelf life and is discarded if it is not used within six weeks. This is waste which could be avoided if the hospital had access to the information.

The second challenge is transporting the blood from where it is available to where it is needed in safe and reliable condition.

LifeBank solves both of these problems. It uses technology to provide information to health providers about where to find the blood they need at any given time and then helps deploy it in quick time and in good condition to save lives. 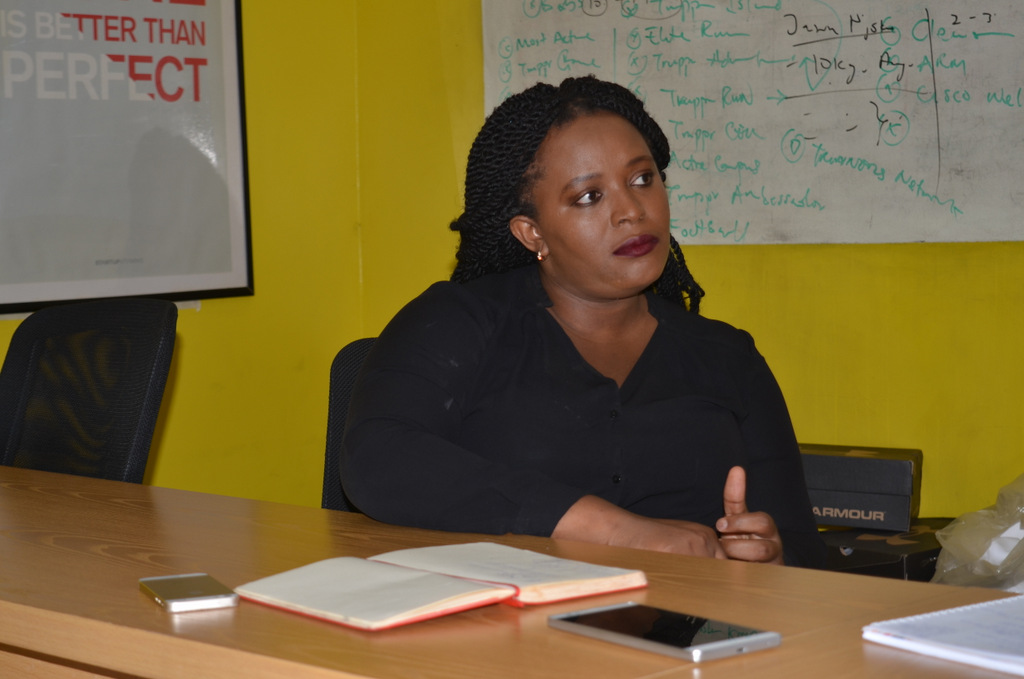 “We have an online database where health providers can search themselves for blood availability and pay for it. Or they could call us on our toll free numbers to help them find it,” she says.

Nigeria’s health systems largely remain basic and unreceptive to change – Nigerians spend up to $1 billion annually on medical tourism – so LifeBank is operating in almost virgin territory. Making a business case to investors for health technology in Nigeria, according to Temie, is challenging – especially for women.

“Investors tend to bet on people who look like them,” she says. A 30-year old mum navigating in the male-dominated tech sector of a notoriously sexist society like Nigeria looks nothing like the typical investor. “It is hard for them to trust the judgement, vision and ability of women to move the company they’re building forward,” Temie says, “but I don’t let it stop me.” Her advice to women? “Don’t wait till you think everything is certain. Women have to just start.”

This article originally appeared on ONE Africa in December 2016.

Girls and WomenHealthTrade and Investment