This is a guest post written by our brilliant Campaigns Intern Tobi Ijitoye. 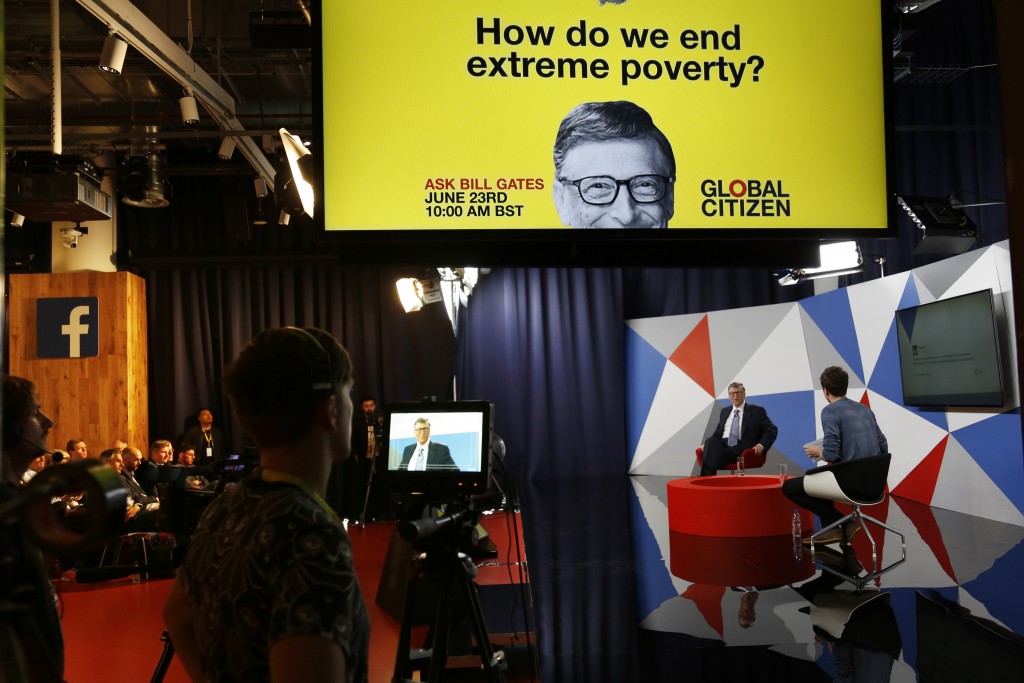 On Tuesday 23rd June, 250 young people (including our wonderful Youth Ambassadors) sat down for a Q&A with Bill Gates at Facebook HQ in London, hosted by the one and only Greg James from Radio 1!

Bill Gates was in town to answer questions from young people around the world on a very important subject. How do we end extreme poverty?!

Amongst the serious answers have gave about the issue at hand, we also heard about Bill Gates’ fondness of U2, and that he prefers House of Cards to Games of Thrones (good choice!) and also gained an insight into his thoughts on the most pressing global issues….

He praised the UK on its stance on overseas development aid, the British public for giving money to things like Red Nose Day and Comic Relief, and for taking action with organisations like Global Citizen and ONE (thanks Bill!). He also congratulated the UK government for committing to 0.7, which was passed into law earlier this year.

Bill also mentioned that nutrition, women’s empowerment and climate change are issues we still need to address to reach the goal of ending extreme poverty by 2030.

By highlighting the great progress we have made over the last 15 years; halving extreme poverty, reducing the number of child deaths, and almost eradicating polio, Gates suggested that we can get rid of malaria between 2030/2040. He also said that if that is possible, HIV and other preventable diseases can be tackled and definitely defeated.

There were two great questions from the audience which I want to highlight:

Firstly, ‘If not able to contribute financially, how else can someone contribute to the movement to end extreme poverty?’

Bill’s answer; ”You don’t have money, but you have your voice!” 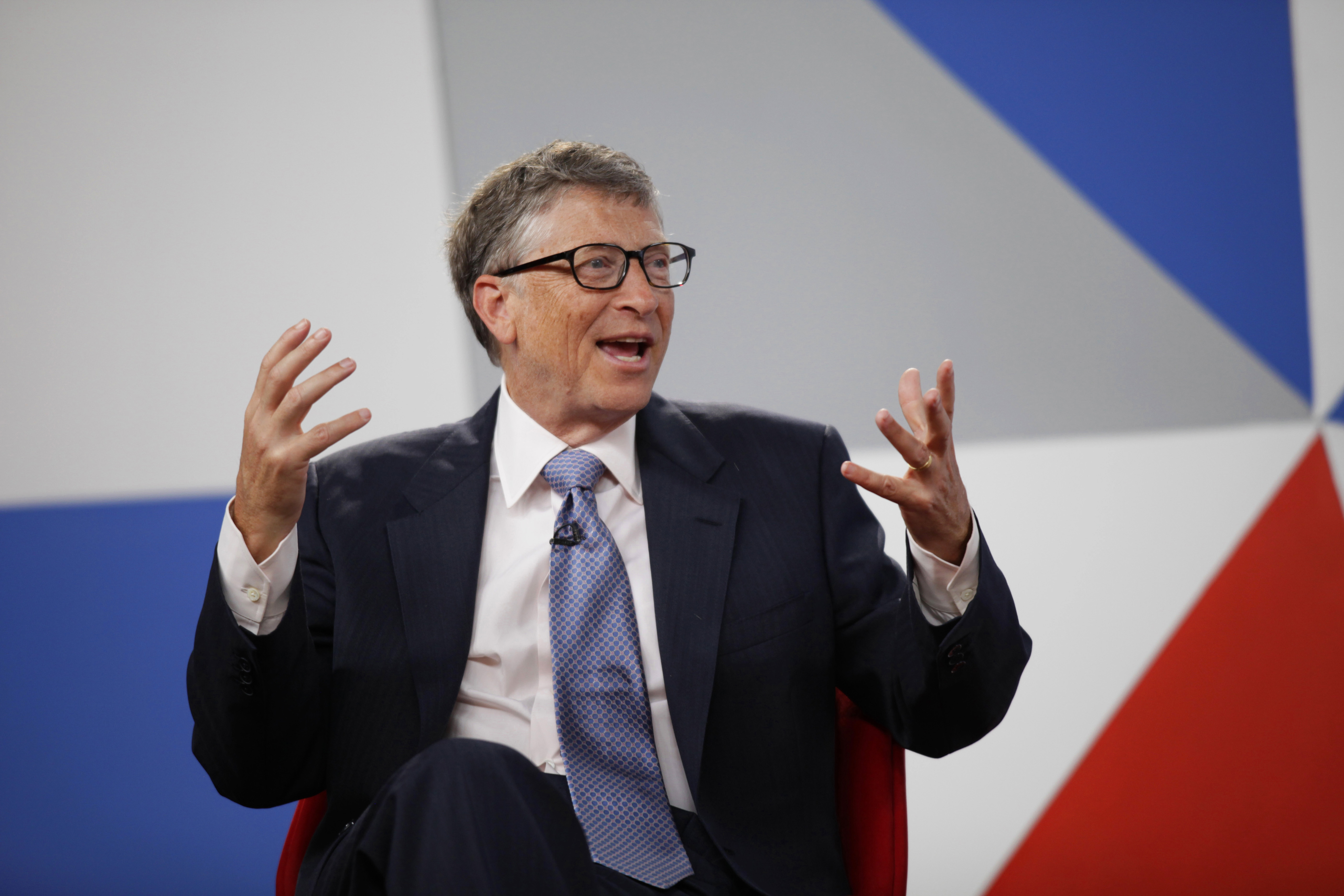 And, there are so many ways that you can use yours; by signing petitions, writing/emailing/tweeting/meeting your MPs, MEPs and talking to them about the issues that you are passionate about! It’s not just about speaking politicians but to your mum, dad, siblings, neighbours or anyone who will listen to you about these global issues.

In the digital age there hundreds of ways to connect to people around the world who share your values, it’s about finding way to gather all these voices together and really making noise in the ears of our leaders. For example ONE gathered its 250 European Youth Ambassadors in Munich just before the G7 to demand more than hot air from G7 leaders when it comes to commitments towards the eradication of extreme poverty – and guess what, some great commitments around agriculture and women’s empowerment where made. 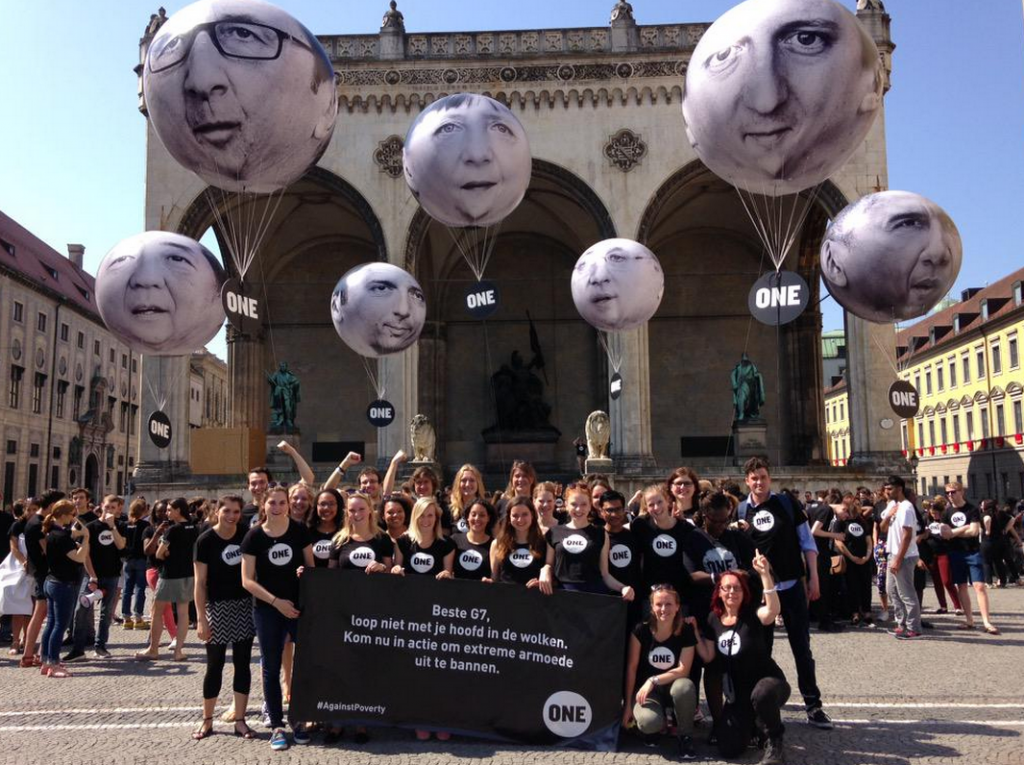 ONE Youth Ambassadors with our giant G7 leader balloons, ask them to deliver #MoreThanHotAir at the 2015 Summit in Germany. Photo: ONE

The second question which I thought was the most important of the session, ‘How do we make sure the new development goals are sustainable and benefits those who really need it?’

Bill focused on the importance of a summit in July in Addis Ababa, Ethiopia called Financing for Development; it is the 3rd Summit and is where global leaders will come together discuss how to fund the next 15 years in Development. Bill also emphasised that countries must step up and invest 0.7% in Overseas Aid (ODA). Other things that countries must step up and invest in are making sure that 50% of this ODA goes the least developed counties. This is where the poorest in the world live and in most of the countries have not fully developed the ability raise money domestically so need ODA to help provide things like social services.

It is important real leadership is shown at this summit as it is vital in the process of adopting the new Sustainable Development Goals in September. This Summit will be the start of tone setting for the next 15 years. If global leaders are really ready to see an end to extreme poverty by 2030 then book your ticket to Addis Ababa and make some real commitments.

Yes David Cameron and George Osborne I mean you!