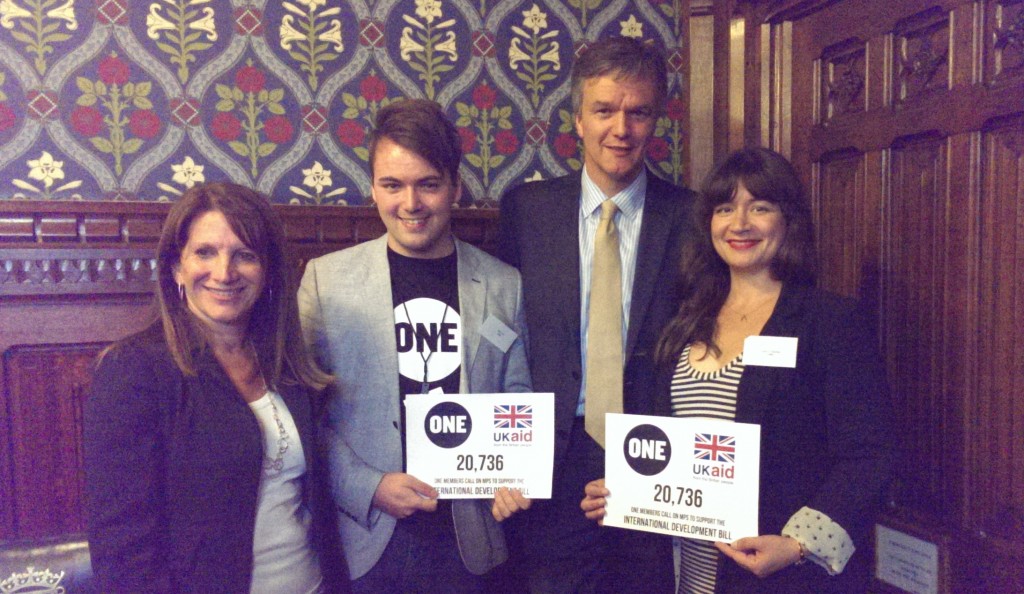 ONE campaigners Billy and Saira deliver over 20,000 signatures to Lynne Featherstone MP and Michael Moore MP, in support of the campaign. Photo: ONE

After 7 parliamentary debates, 3 committee hearings, a lot of blood, sweat, and letter-writing tears, the UK International Development Bill has passed the final stage of Parliament and will now become law – as soon as the Queen gives the bill Royal Assent.

Things got exciting last July, when a parliamentary bill was tabled by Michael Moore MP.  It sought to enshrine in law the government target of investing just 0.7% of national income in aid.

Now the target has become law, it means the UK will be able to keep its promise to the world’s poorest people, year on year. We’ll continue to finance live-saving programmes, that last year supported 10.2 million children – including 4.9 million girls – to go to primary and lower secondary school, prevented 19.3 million children under 5 and pregnant women from going hungry, and helped immunise 48 million children against preventable diseases.

But none of this would have been possible without ONE members.

When we launched our Say You’ll Be There campaign in August, we were blown away by the response. Over 22,000 of you called on MPs to support the Bill, then 250 of you hand-wrote letters to your local representatives, plus all of the tweets, Facebook shares and the conversations with friends and family defending aid to the last.

On days like these, it’s good to look back and say thank you. Here are just a few highlights of some of the amazing actions you took.

Khalid Ahmad, a Youth Ambassador from London, took the message of 0.7 and the International Development Bill right to the heart of his local community. He convinced members of his local mosque to back the Bill and write to their local MP to make sure he turned up and voted in support of the legislation.

“In my faith, charity is an obligation. It’s something which is bound to all followers as the very essence of faith. This has inspired me to engage my community and campaign to have 0.7% legislated in UK law. As we celebrate this amazing victory, I urge everyone to continue campaigning and save countless lives.” 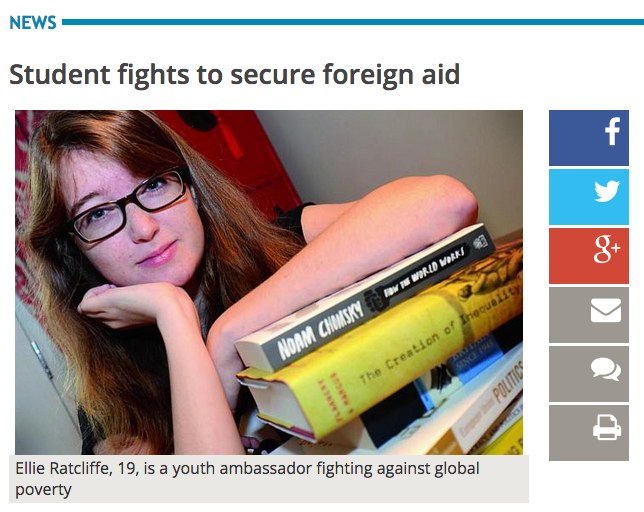 Ellie Ratcliffe, founder of the ONE society in Durham, took our message to her local paper with a great piece in the Oxford Mail.

“Writing an article not only let more people in my area know about the 0.7 Bill, but also sent a strong message to the MPs that we were lobbying on an issue that mattered to their constituents, and was receiving coverage in a widely read local paper.” 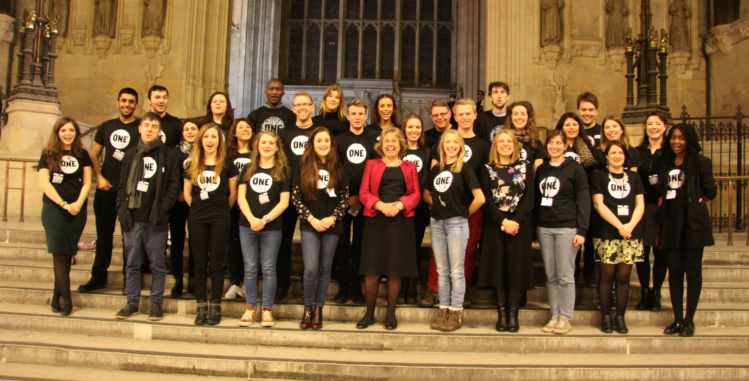 Dan Clark, a teacher from Newcastle, was so committed to getting the Bill through that he wrote to MPs across the North-East of England.

“I believe in equality, and in helping people in need even when they live 9 hours away. That is why I contacted every MP in my region, and asked them to back the 0.7 Bill. I was delighted to learn that one of them listened, and turned up to parliament and backed the Bill. I hope that he and the others that I contacted do continue to support these crucial issues. I’ll certainly sleep better and feel that equality is just a tiny bit closer, and that as a nation, we are doing our bit.”

When the Bill entered the House of Lords, Farzana Irani, a Youth Ambassador from London, travelled down to Parliament to hear the Bill being debated in the chamber.

“Being in the House of Lords was quite a profound experience. Hearing the Lords actively advocating for International Development Aid and putting forward the case so articulately was heart-warming. It’s great to see a positive consensus across all parties.”

Similarly, Kate Anson, a Youth Ambassador from Devon, travelled all the way to London to meet with a government minister in the House of Lords:

“I supported the 0.7% Bill because I feel that as a developed country, it is our moral duty to assist those who are in desperate need of even the most basic living conditions. Attending the second reading of the International Development Bill in the House of Lords was a true insight into the inner workings of parliament and the competing arguments concerning aid.”

This is a huge campaign win, so to everyone who signed, shared, tweeted, turned up and supported UK aid, here’s a message from all of us at ONE: 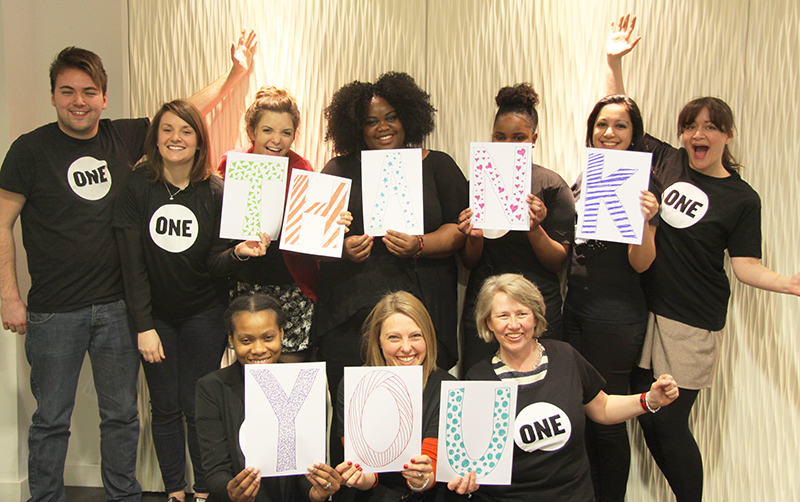