As students around the world get ready for a new academic year, set yourself a new reading list to broaden your global perspective. These 5 books come with a recommendation from a variety ONE staff.

Got a favourite book along these lines? Tell us in the comments below. 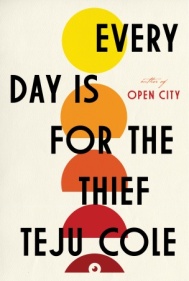 Every Day Is for the Thief, by Teju Cole

This is a quick and easy read, but it lingers long after the book is closed or the Kindle is shut down. It’s atmospheric and beautifully written. The narrator is returning to Lagos after 15 years in New York, but he realizes Nigeria has changed – and so has he. “I have returned a stranger,” he says – a stranger who looks, curious, suspicious, sometimes angry, sometimes fascinated at this vast, amazing city and its inhabitants. Lagos is the hero and the anti-hero of the book – its heat, music, noise, smells, people, food, power cuts and generators. Read it and wonder how you would feel, returning to a place you once knew so well and now can only touch from a distance. 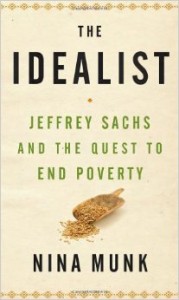 The Idealist: Jeffery Sachs and the Quest to End Poverty by Nina Munk

Who doesn’t want to change the world? In a determined attempt to end extreme poverty, economist, author, and special advisor to the Secretary General of the United Nations, Jeffery Sachs launched the Millennium Village project in 2006. Sachs employed his theories on development in a grand five year experiment to end extreme poverty in small communities in Sub-Saharan Africa.

In The Idealist, Nina Munk reports on the progression and outcomes of these projects, focusing especially on the villages of Ruhiira, Uganda, and Dertu, Kenya. Munk explores what happens when abstract theories about poverty and development confront complicated realities on the ground. The book was a recipient of Foreign Policy’s 2013 Albie Award, one of Bloomberg’s “Best Books of 2013,” one of Forbes’ “Best Books of 2013,” and one of The Spectator’s “Best Books of 2013.” 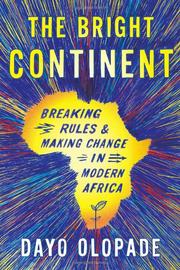 This a smart read that takes you at great pace through some exciting new thinking about Africa. Dayo Olopade explores the innovative solutions Africans are finding for themselves to address the toughest issues that their societies face in the modern day. She traveled across Africa to see how people dealt with the challenges in front of them, and found countless stories of individual resilience and creativity.

Olopade argues that this comes from the African peoples’ kanju, defined as “the specific creativity born from African difficulty.” With narratives of “hustling, hacking and free form development,” The Bright Continent explores how Africa represents a new paradigm of development, where local people who are closest to the problem, instead of bureaucrats far away, find creative solutions to their largest problems. 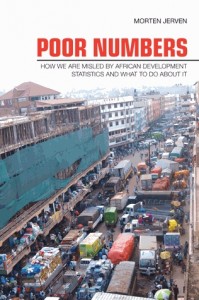 Poor Numbers: How We Are Misled by African Development Statistics and What to Do About It by Morten Jerven

For your inner geek. Statistics are essential to studying and tracking development. From looking at GDP to the percentage of people living below the poverty line, scholars, social scientists, and policy makers rely on these numbers to inform their arguments.

In Poor Numbers, Morten Jerven asks a critical question: how good are the numbers that inform these statistics? Jerven explores how data on economic development is collected in African countries, and whether or not that data is reliable, uniform, and precise. Jerven pushes policy makers and social scientists to think more critically about the numbers that they employ. If you are a “data-user,” or simply interested in how data informs policy, this book is a must read! 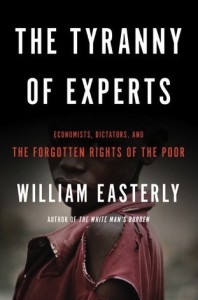 The Tyranny of Experts: Economists, Dictators, and the Forgotten Rights of the Poor by William Easterly

If you want a good argument and some big thinking, this is it. In The Tyranny of Experts, economist Bill Easterly seeks to answer the question: “why does poverty persist despite such expansive efforts in international aid?” Looking at the history of international development, Easterly argues that there been far too much emphasis on addressing poverty as a technical problem that only requires the right expertise, but not enough on the liberty of the individual. “The technocratic illusion,” he states, “is that poverty results from a shortage of expertise, whereas poverty is really about a shortage of rights.”

His exploration of the history of development highlights that the individual freedoms of the world’s poor have oft been set aside in the fight against poverty. Easterly proposes a model of development based on respect for the individual rights of people in developing countries and recognises that unchecked state power is the problem, not the solution, in the fight against poverty.

If you’ve read any of these books, tell us what you thought – or add your own recommendations.