Aya is a pan-African feminist, world-renowned blogger, and one of our Open Letter spokeswomen who’s fighting for gender equality. She is passionate about empowering young people to be agents of positive change and is the founder of the Youth Programme of Holistic Empowerment Mentoring (Y-PHEM), Afrika Youth Movement (AYM), one of Africa’s largest Pan-African youth-led movements, and Afresist, a youth leadership program.

Recently, Aya traveled to Berlin and Paris to advocate for women and girls at the Women7 Summit. Here’s what she did, and why she continues to fight for gender equality.

I believe the only way to fight injustice is to act.

That’s why I joined ONE and contributed to an open letter with 44 other activists. We are calling on world leaders who will be participating at the G7 Summit in August to:

As one of the spokeswomen for the campaign, I express my solidarity towards all women on the frontlines in the fight for gender equality. As a co-signatory, and together with 44 other co-signatories from 15 countries around the African continent, we demand tremendous and real progress through this open letter.

During the latest Gender Ministerial Meeting, the Women7 Summit was parallelly organized by civil society feminist movements. The W7 Summit, which gathered more than 400 feminists and 100 organizations, launched in autumn 2018 after a call for mobilization from civil society in the G7 countries and the Global South under the Women7 Movement. I had the honor to attend this event and made some important stops on the way.

I started my journey in Berlin. During a breakfast with journalists engaging German media, we discussed the solid decisions that the G7 can—and must—take to ensure that women and girls in African countries have equal rights. They must also ensure that extreme poverty can be overcome by involving young people, especially young women in Africa, in decision-making processes. 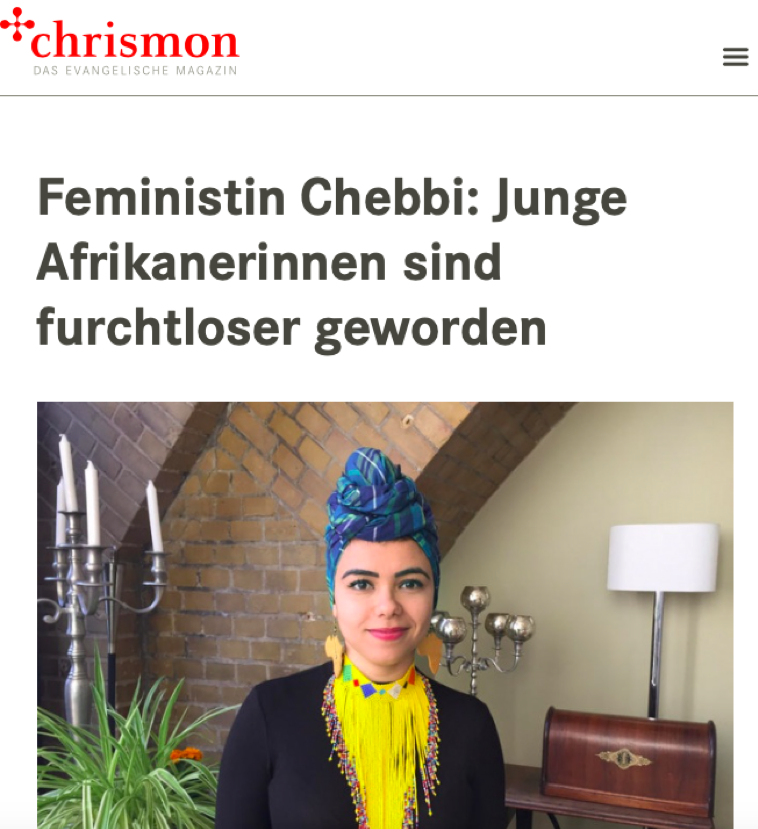 Later on that day, I met with German influentials including actresses Katja Riemann, Jeannine Michaelsen, feminist campaigner Kristina Lunz and Diana Kinnert. We debated about women priorities in Africa by sharing stories, perspectives, and experiences on major issues. We also discussed the importance of increasing and directing Official Development Aid (ODA) for grassroots, youth-led feminist initiatives. 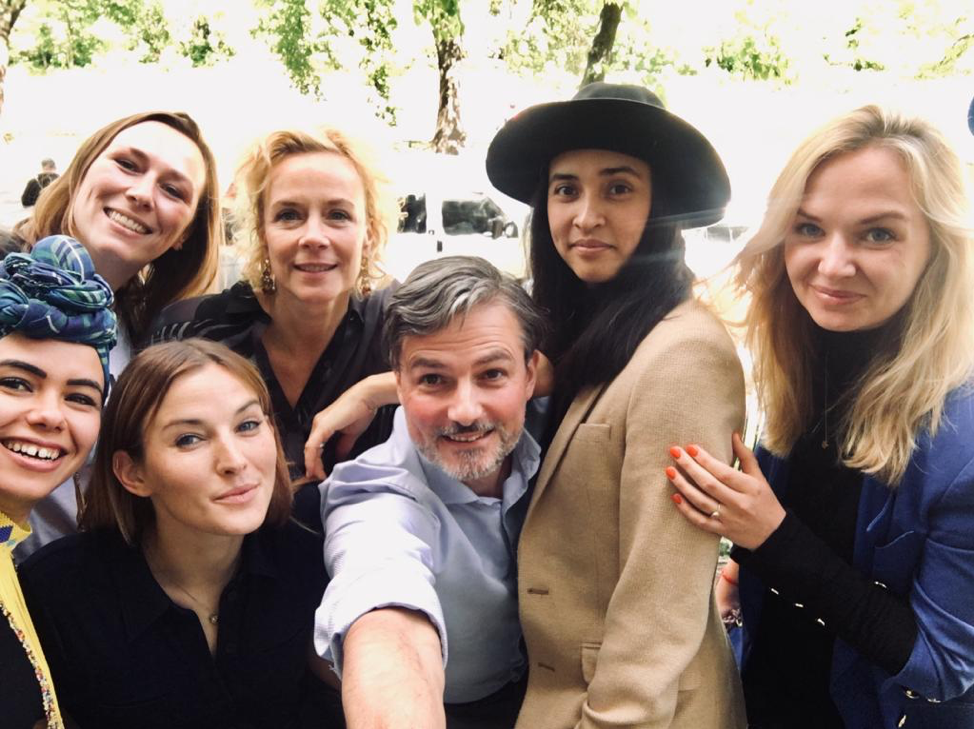 I also had the pleasure of sharing a conversation with ONE Youth Ambassadors, discussing the European Parliament elections and the role of politicians to commit to on-ground actions. I had the chance to learn from the Youth Ambassadors about their work on lobbying and campaigning to achieve women’s empowerment and inclusion. 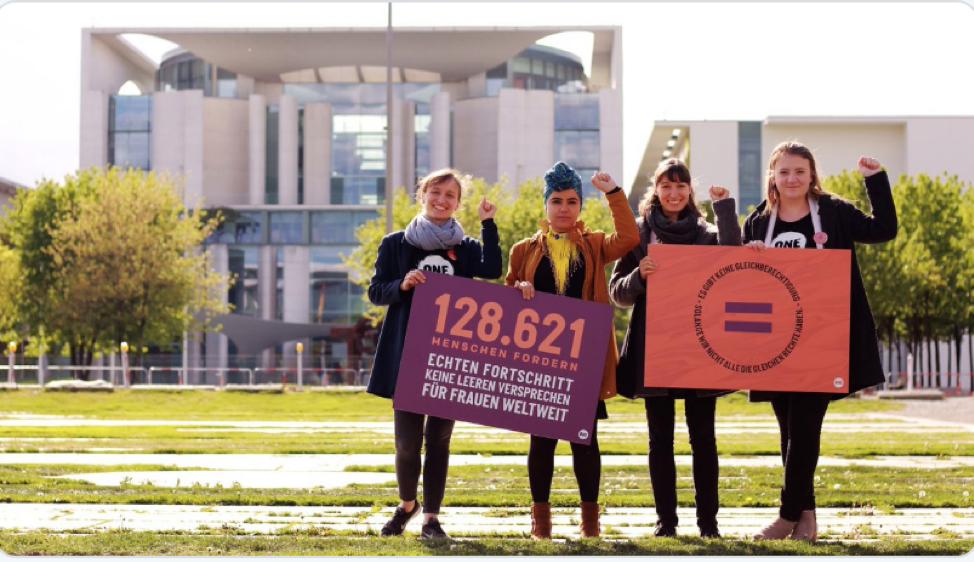 The day after, on May 9th, the Women7 Summit officially started in Paris. I spoke at the EQUIPOP panel, “Women speaking out! Women’s participation in policy-making and decision-making processes.” I had the chance to share my personal experiences and challenges as a young woman, an activist, and the Youth Envoy of the Chairperson of the African Union Commission.

I shared reflections from a pan-African feminist perspective, particularly the role that women play on frontlines of the fight for equality, though they are excluded from decision making and leadership positions. For instance, young women in Sudan are leading a peaceful revolution and calling for democracy in their country, but remain excluded from negotiations. The question remains: how do we ensure that women who fight alongside men during the struggle also get to the political leadership landscape?

Here at #W7 a metaphoric photo of the reality between decision makers (sitting on the right)& civil society(sitting on the left)We cannot advance the gender agenda if CS is not an equal partner sitting side by side at the table! This is inacceptable #G7France #feministcount @G7 pic.twitter.com/bvTBdxlY87

I gave my recommendations on forced child marriage, female genital mutilation, (especially among out-of-school girls), women victims of HIV, and women unable to have a bank account or own their lands. These, among other issues, are major concerns around social justice.

I also explained women’s economic empowerment through the analysis of the feminist Thomas Sankara: “We are fighting for the equality of men and women – not a mechanical, mathematical equality, but making women the equal of men before the law and especially in relation to wage labor. The emancipation of women requires their education and their gaining economic power.”

Lastly, I called on W7 to join ONE and sign the open letter telling world leaders to act effectively for women and girls living in extreme poverty. It is time that civil society is treated as a partner to achieve gender equality through concrete engagement, full dialogue on real issues, and asking tough questions that should be answered. My generation doesn’t have 108 years to wait for gender equality.

I want to thank ONE campaign for this collaboration. We’ll continue our advocacy all the way until the G7 Summit in August. I’ve met a lot of incredible people on this journey, each of them fighting for women and girls everywhere. But we’ve still got a long way to go, and we’ll need your help if we’re going to win this fight.

Girls and WomenMembers in Action