The 30th Africa Cup of Nations kicks off tomorrow in Equatorial Guinea so we’re celebrating the continent’s love of the beautiful game.

If you live in Africa, or have ever spent time travelling there,  you will have undoubtably seen children playing football. Everywhere. 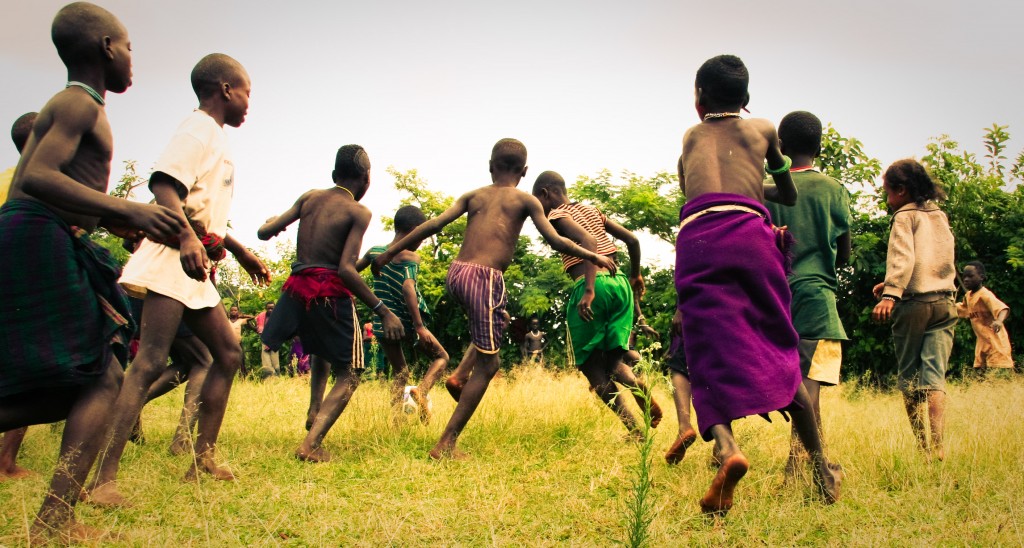 If you pause to watch, you’ll probably be invited to join in. And if your enthusiasm doesn’t quite match your speed or skills (which it almost definitely won’t) your efforts will be met with squeals of laughter that hover somewhere between delight and derision.

Over the next few weeks, people from every country in Africa will gather round TVs to cheer on one of the 16 remaining teams in the tournament. But when the games finish on screen, an alternative Cup of Nations begins. In schools and parks, on beaches and streets; goal posts are improvised, teams are assembled, and tomorrow’s football stars show off their skills.

Crowd-sourced from the talented photographers of Flickr, here are 15 of the best images that capture how Africa plays football. 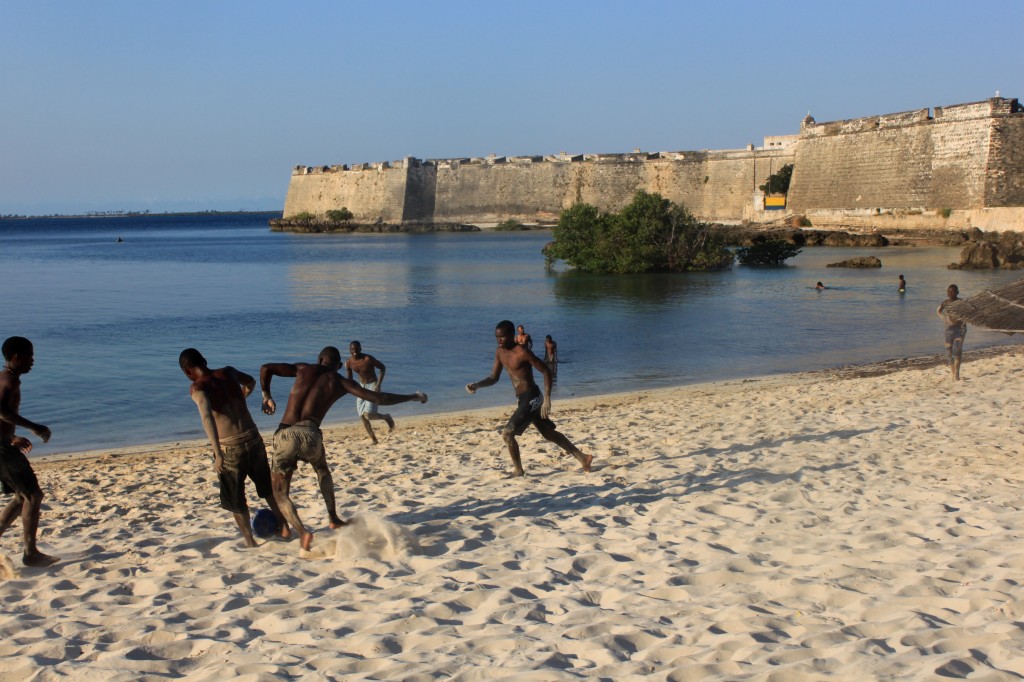 “We walked along the beach by the historic Fortaleza de São Sebastião, and stumbled upon this group of youths playing soccer. The kids were totally focussed on their game. They played with a cheap plastic ball, and each kick with their bare feet sent sand flying. When the game was over, they all jumped into the water to wash off the sand. In spite of the great poverty, playing a game of soccer clearly is a joyous event.”  Photo and quote: Peter Hess 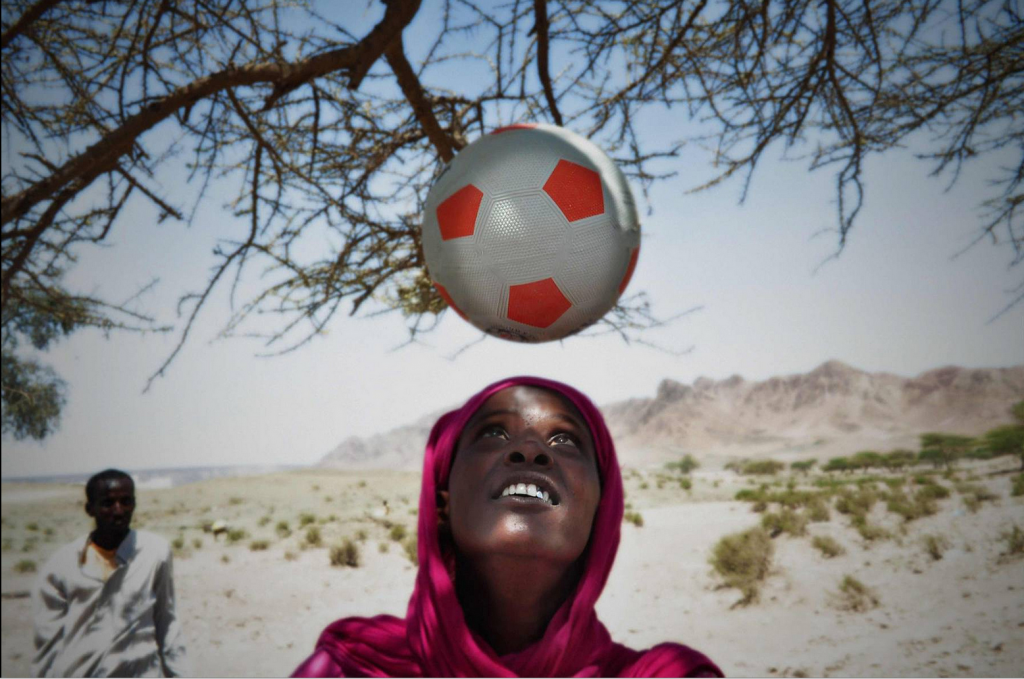 “Maymun Muhyadine Mohamed loved to run and play football in the streets of Mogadishu, Somalia. Her skills won her a medal and a cap at a local competition. But Somalia’s Al Shabaab militia saw her enjoyment as an act of defiance. They told her ‘women are not allowed to play sports. You have to stop playing and put on your hijab’.

Her husband supported her choice to play football, but soon after he was attacked and killed at home. Maymun sold her football medal to raise the money she needed to flee Somalia with her baby. She crossed the border into Djibouti and now attends school and plays football at the Ali Addeh camp.

‘Inshallah, if I ever win a medal or a cap again I will never sell them,’ she says. ‘I will keep them in a safe place and show them to my child when she grows up.  I don’t want money. I don’t need money, I only want the chance to continue playing football and feeling joy.'” Story and photo: UNHCR/G.Beals 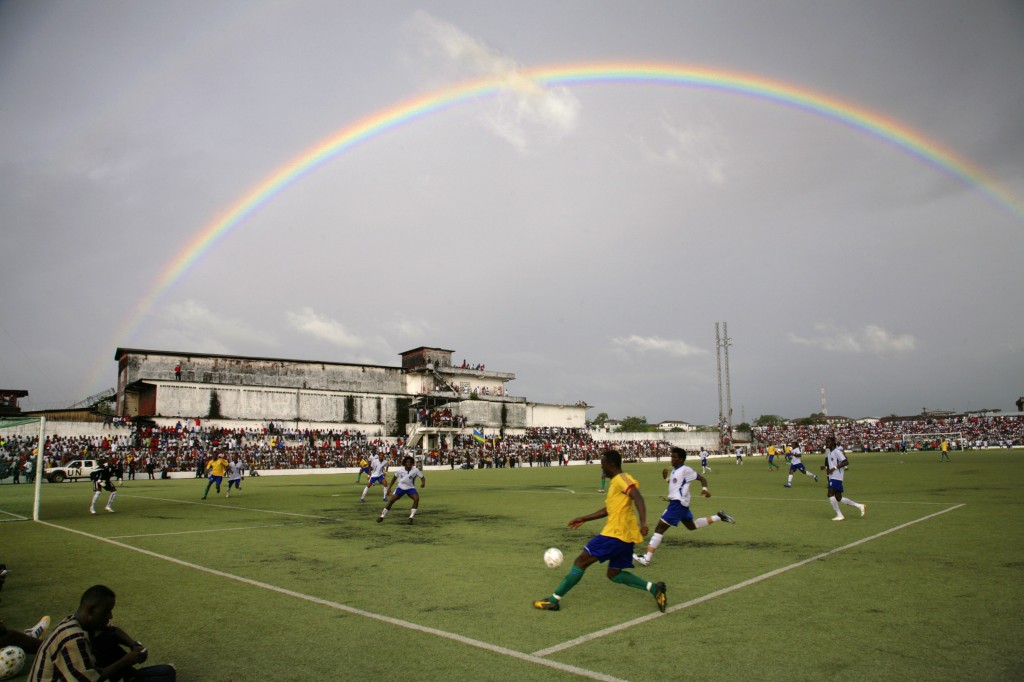 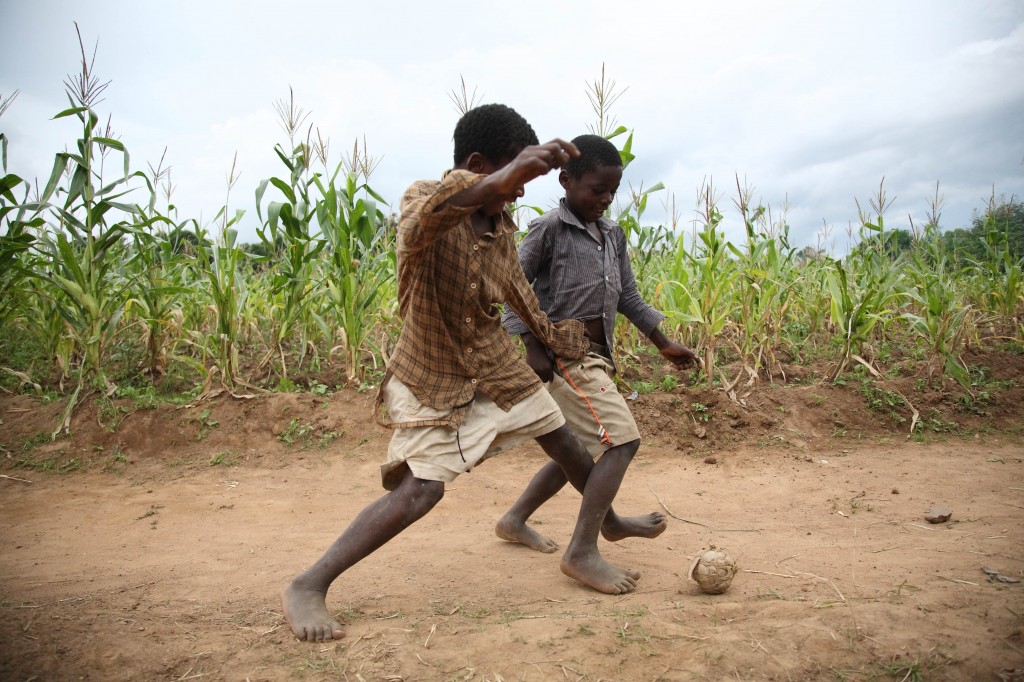 “Khulungira is a village of 150 families in central Malawi, 27 km from the nearest paved road and 50 km from the nearest town.  There is no electricity or running water; no one owns a car or a motorcycle; few parents can afford to send their children to secondary school.” Photo and quote: ILRI/Mann 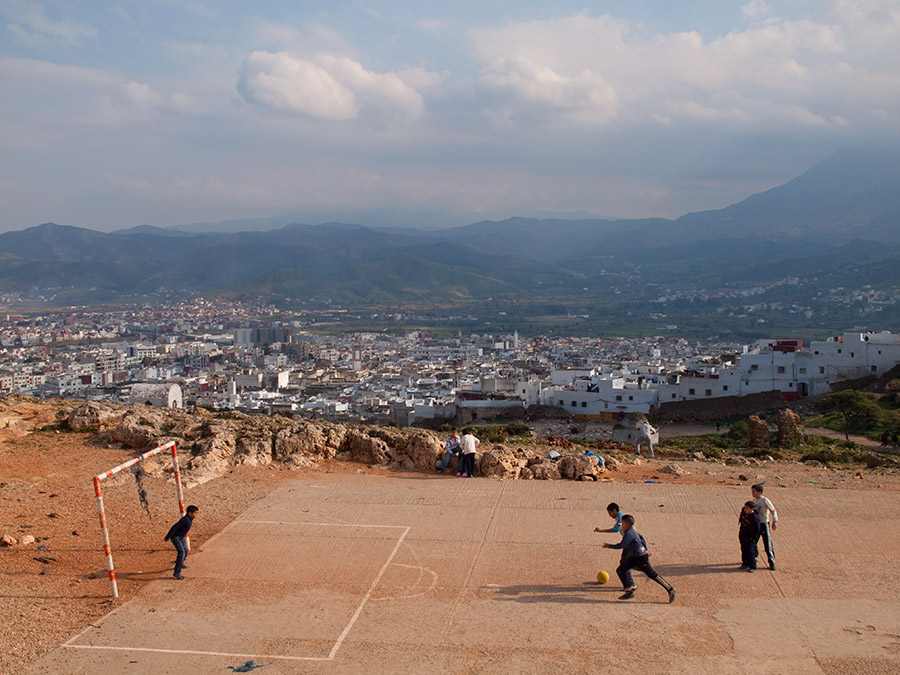 “I planned to spend just a couple of weeks in this country, but stayed there three months.” Photo and quote: Evgeni Zotov 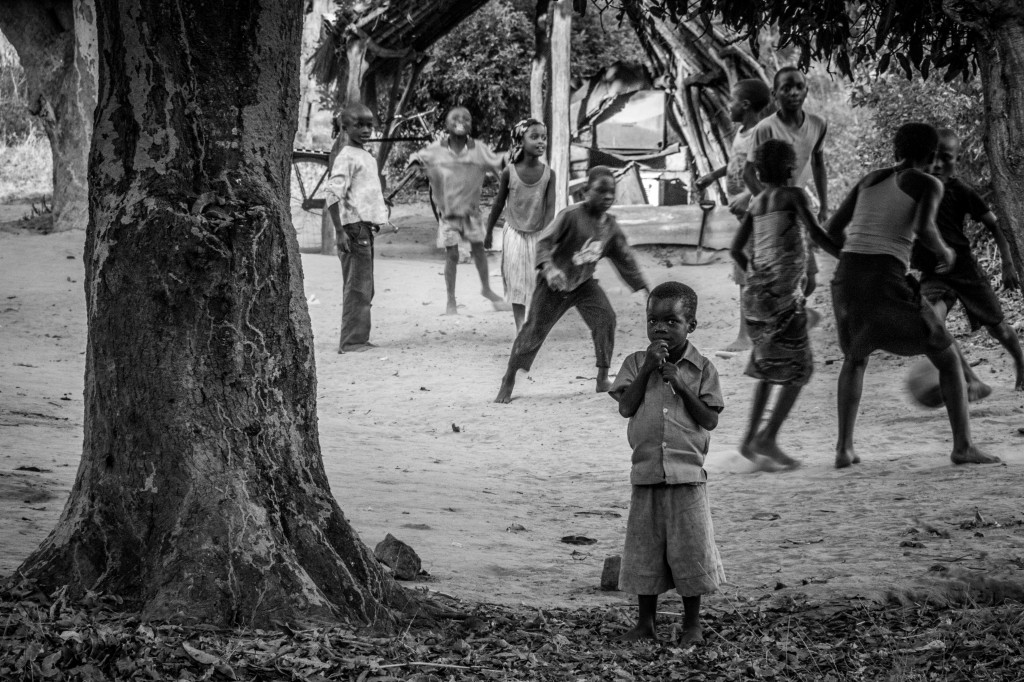 “Located in the far north western part of Zambia, Luapula sits along the border with the DRC. These photos are from a visit to the area to see my brother who is a Peace Corps volunteer there. We stayed in his village and met the incredible people he works with on a daily basis. They opened their homes and lives to us and left their mark upon us. They were truly wonderful.”  Photo and quote: Alex Berger 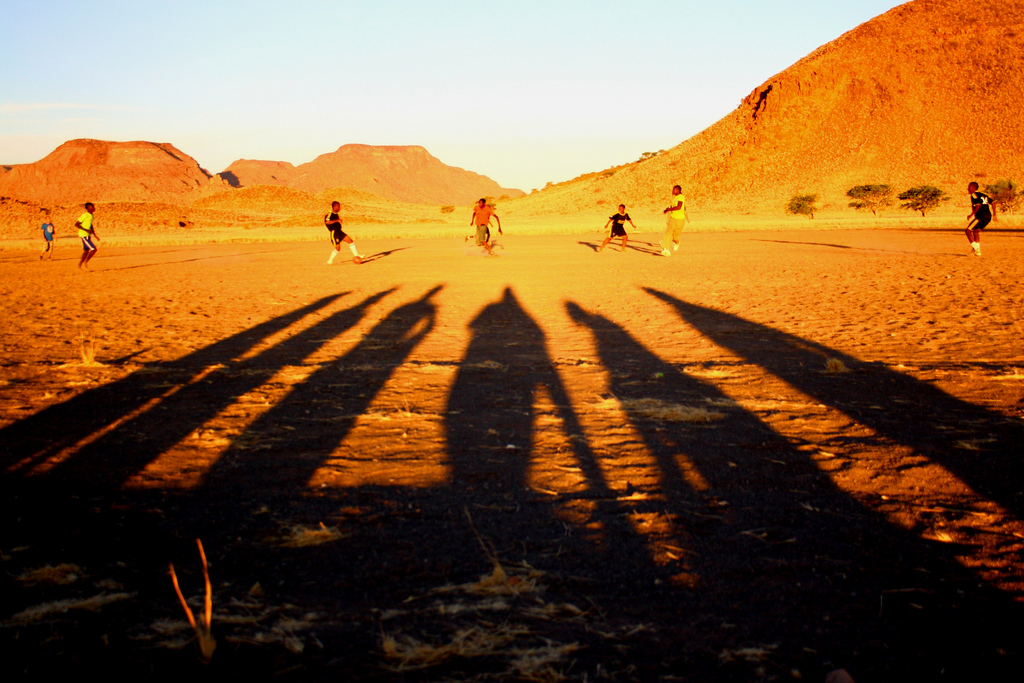 “Namibian locals and tourists play football on a pitch outside a campground in Kunene province.”  Photo and quote: Travis Lupick 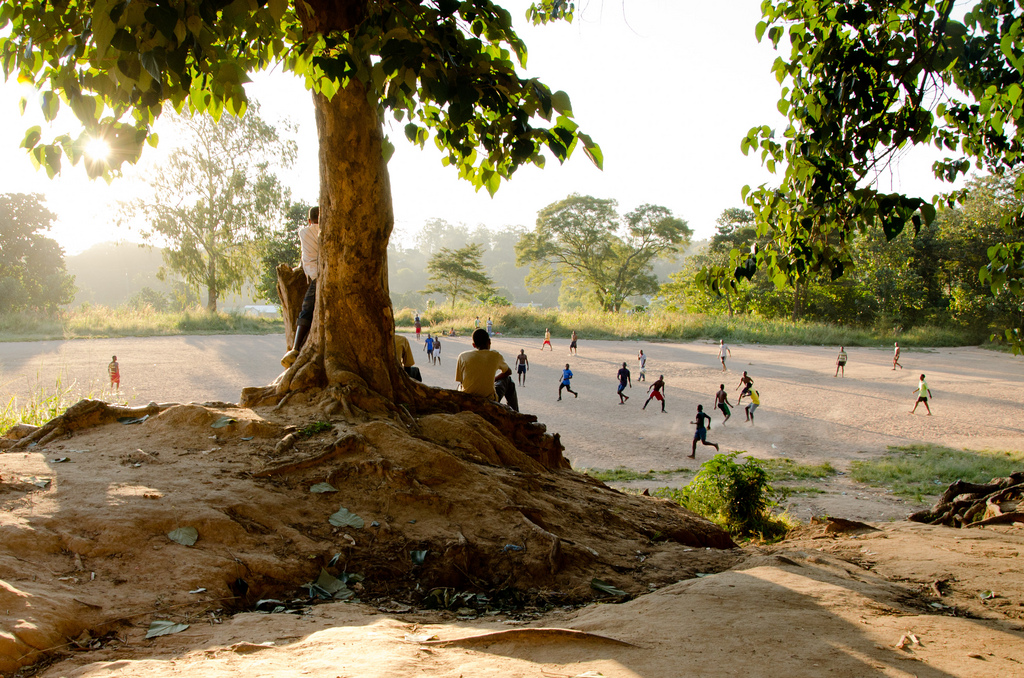 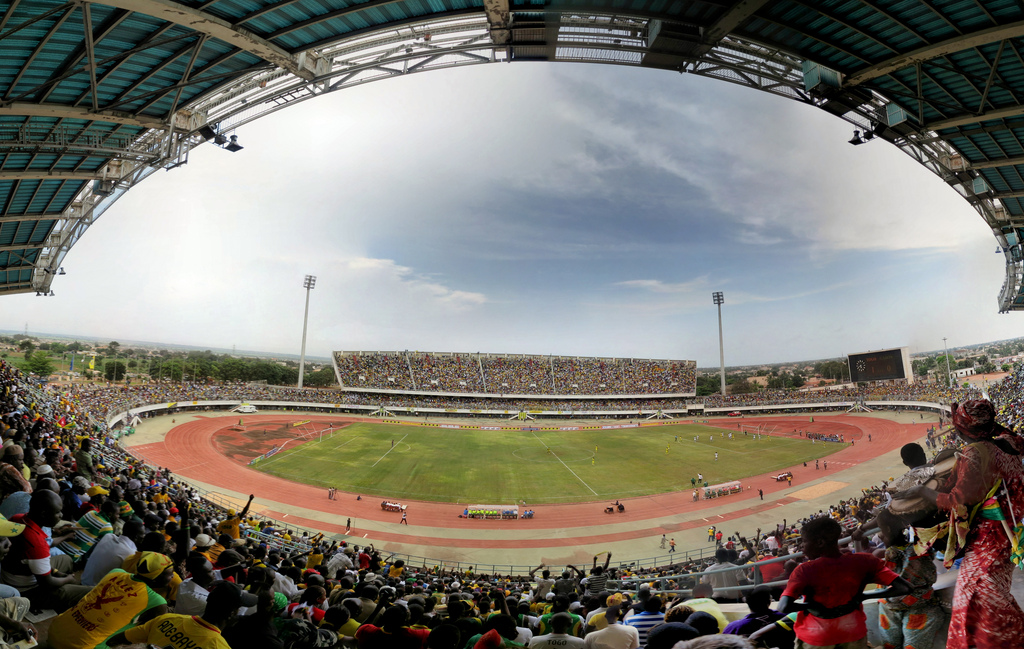 Panorama of the Stade de Kégué, the national stadium in Togo at full capacity.  Photo: Panoramas 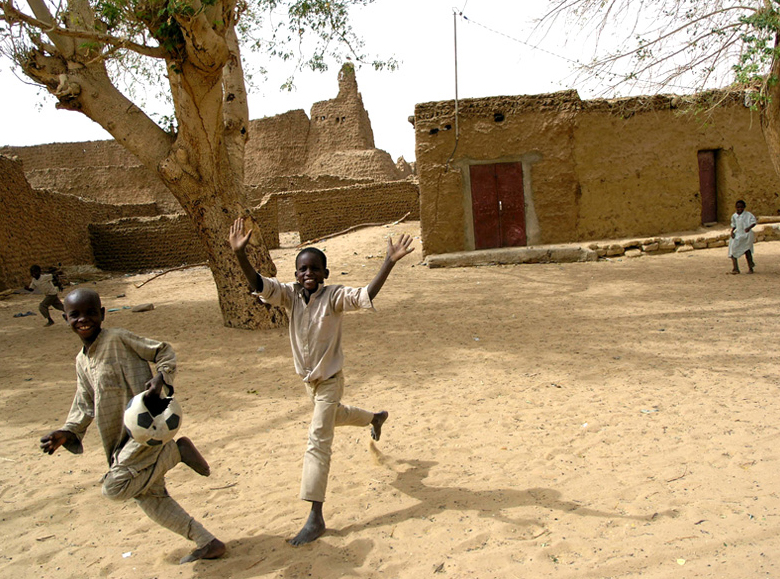 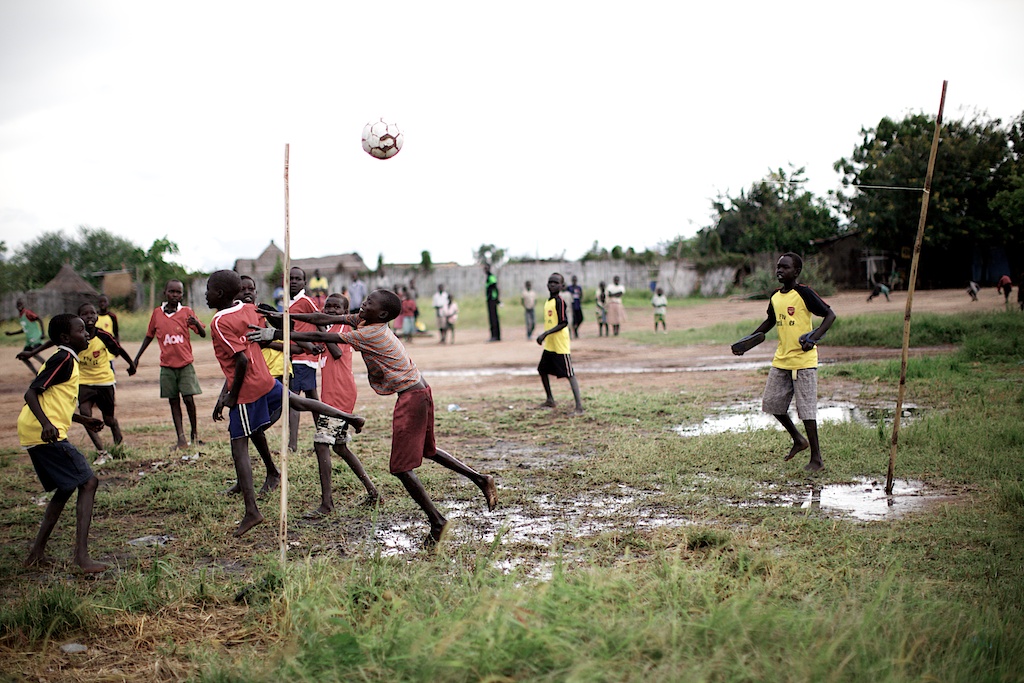 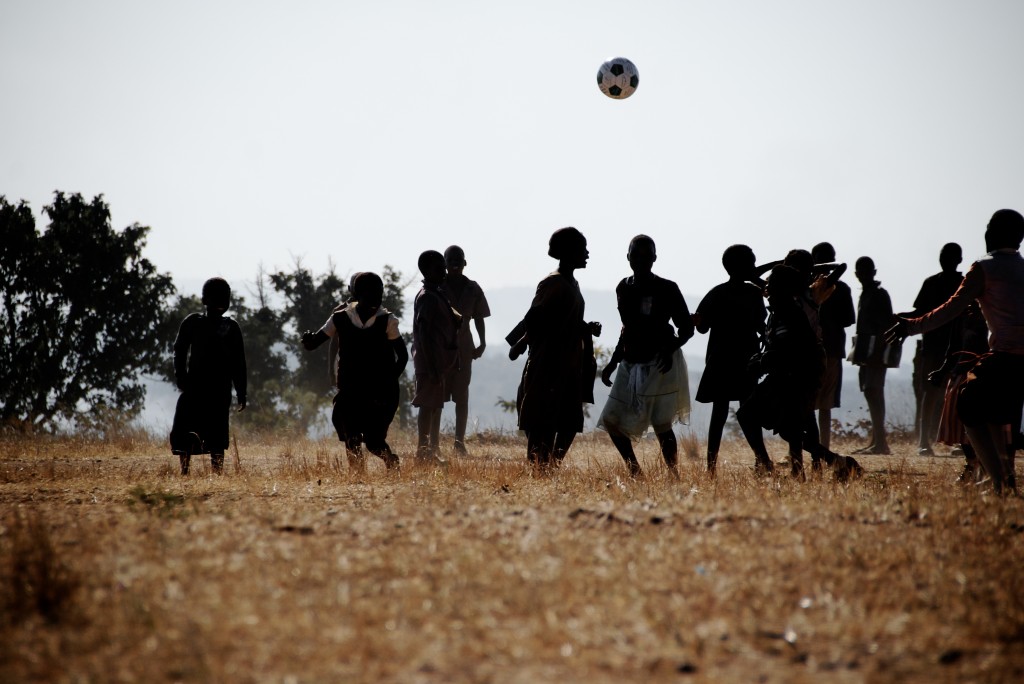 “Zambian children are amazing at football—most likely because it is one of the cheapest sports in the world to play. Running barefoot, half our age, they still manage to beat us.” Photo and quote: Michael Mistretta 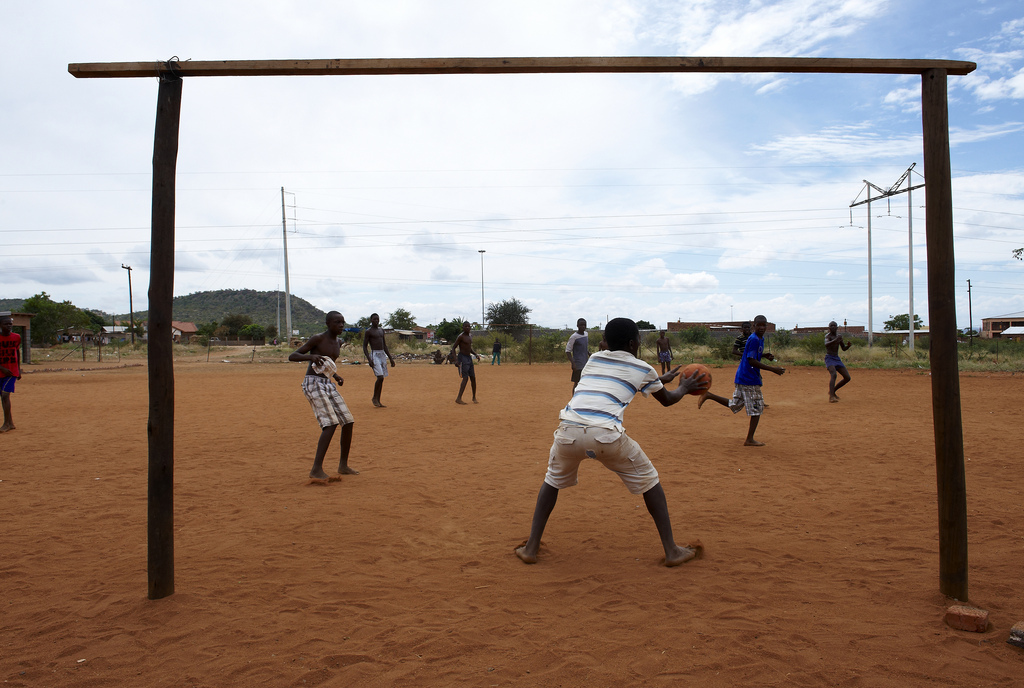 Lazarus, 13, plays football at the Musina Centre for child migrants in South Africa. Many children have travelled from Zimbabwe in search of a better life. Photo: Dylan Thomas / UKaid / Department for International Development 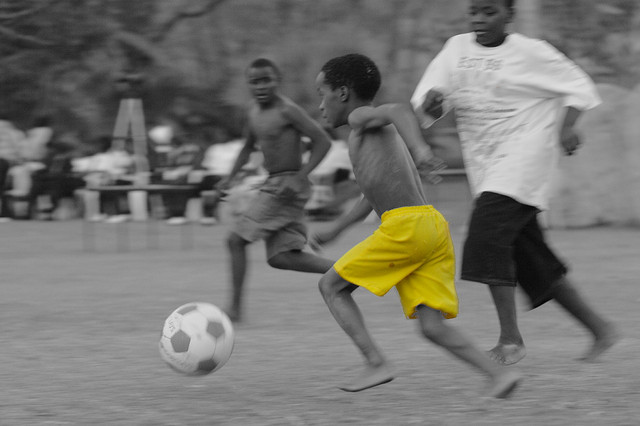 “We were playing football and this little kid asked if he could join. He was about a third of the size of everyone else playing. I said, “No, you’ll get hurt, we’re all much older and bigger,” but he was insistent. So I told him to be careful on the field and let him in.

He turned out to be a forward who made a few shots at goal and then scored one. The bright yellow shorts flying about stayed in my memory, as most of the time the owner of the shorts couldn’t be seen among the giants. The future of Zambian football is looking good!”  Photo and quote: Mosi Lager

Poverty is just one part of life in Africa. There are a million more.  Share another side of this complicated continent.