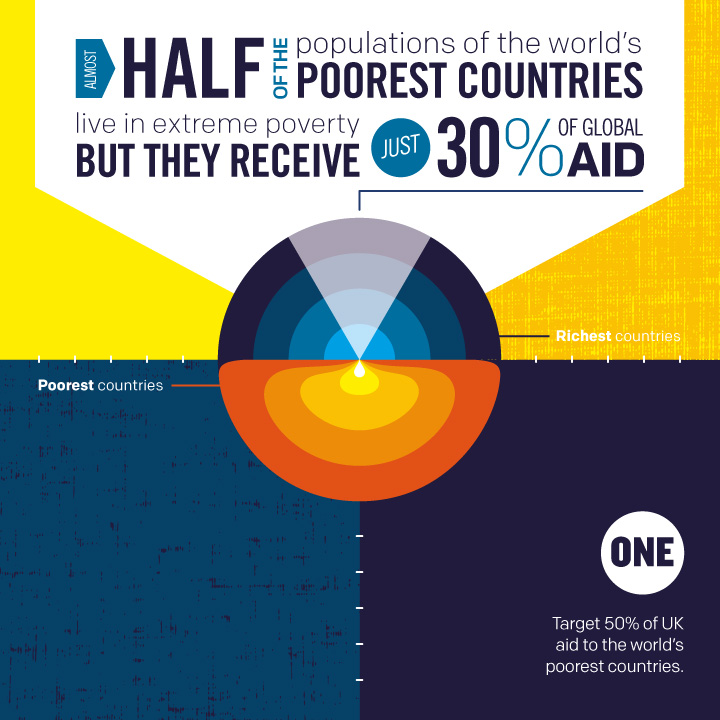 Next year will be a crucial crossroad in the fight against extreme poverty. The world will agree to a new set of sustainable development goals. Over the last 20 years, extreme poverty has been reduced by half. If we take action next year, we can eliminate it in just 15 years and ensure no one is left behind.

The 48 least-developed countries (LDCs) are the poorest and most vulnerable countries in the world. They comprise more than 880 million people, but account for less than 2% of the world’s economic growth. Almost half of the population in LDCs live with less than $1.25 a day.

These countries are in vital need of development assistance as they have very little access to other financial resources, both domestic and international.

However, only a third of global aid goes to these countries that need it most. Furthermore aid to the least-developed countries has been declining over the past few years. This trend is extremely concerning! Some development progress has been achieved in LDCs, but overall progress has been much more limited than in other developing countries. If aid to LDCs keeps decreasing, LDCs will be left behind!

The good news is that world leaders have become increasingly aware of this. This week, rich countries met at the OECD to modernise the way their aid is measured and allocated. At this meeting, they have agreed to allocate more of total aid to the countries most in need and to reverse the declining trend of development assistance to LDCs.

In the UK, more than 1500 ONE members wrote to the UK government ahead of this meeting asking them to lead by example and targeting 50% of UK aid to them.

It’s positive to see momentum building behind allocating more aid to the poorest countries. But it’s regrettable rich countries didn’t listen to calls by LDCs and stopped short of agreeing to allocate half of all aid to them. At the third International Conference on Financing for Development next year where the world will agree to the post-2015 financing strategy, donors must be prepared to make this clear and ambitious commitment to ensure the poorest countries do not get left behind.