On 17-18 February, African and European leaders came together in Brussels for the AU-EU Summit. As they walked into the room, the stakes couldn’t have been higher.

Since the pandemic started, global inequalities have been growing, with millions of people falling into extreme poverty, and COVID-19 disrupting essential health services in Africa, reversing years of progress in fighting diseases like malaria and HIV.

Given the pandemic and the inequalities it has exacerbated between Africa and Europe, this summit was a crucial moment for us at ONE.

From Nigeria to Belgium, from Kenya to Italy, our activists and supporters came together across the two continents with one message: the only way to tackle the most pressing global challenges of today and tomorrow – the pandemic, the global economic recovery, and climate change – is for Africa and Europe to work together.

Keep reading to find out what actions they took to make their voices heard!

They wrote an open letter to African and European leaders

A group of young activists from both Africa and Europe came together to write an open letter addressed to African and European leaders, calling on them to take action on global vaccine access, youth participation in decision-making, and to ensure a fair global economic recovery from the pandemic.

Our young activists used the letter to build support for their recommendations to leaders among their networks, collecting thousands of signatures from citizens across the two continents and raising awareness on social media.

⌛ Two weeks to the #AUEUSummit!

As young African and European #ONEActivists, we are asking leaders from Africa and Europe to work together to tackle the pandemic and global
inequalities.

I’ve just added my name to an open letter written by a group of African and European young activists calling on leaders to deliver a plan that tackles both the pandemic and the inequalities that it is exacerbating. Will you add your name too? https://t.co/5XU9OKOWZD

They took their recommendations directly to African and European leaders

For over one year in the run-up to the summit, the ONE Africa-Europe Task Force brought together a cross-continental community of young activists who want to foster a smarter and stronger Africa-Europe partnership. During that time, these young activists shaped joint recommendations to share with their leaders. 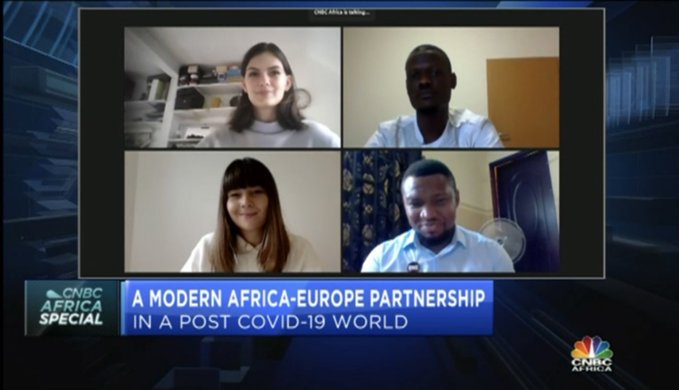 Together, members of the task force met with dozens of government officials from across Africa and Europe – including the Tanzanian and the Swedish foreign affairs ministers, representatives of the European Commission, and several others – presenting these recommendations.

One week ahead of the #AUEUsummit, I had an excellent exchange of views with youth from @ONECampaign on how to strengthen ties between Africa & Europe, promote global equality, youth participation and inclusion. Thank you for your engagement and ideas! pic.twitter.com/QIT6p9g5Xt

And they didn’t just stop there. At the summit in February, a ONE activist from Nigeria, Tonny, was chosen out of hundreds of youth representatives to speak directly to leaders from both continents and present our activists’ recommendations and open letter.

👉’The pandemic exacerbated inequalities between Africa and Europe. We are now calling on leaders to make sure *health* is prominent in the #AfricaEU partnership starting with a strong response to #COVID19‘ – says our amazing #ONEActivist @TonnySilas_. pic.twitter.com/O6T7IQKvPr

They took to the streets

In the weeks leading up to the summit, our young activists dropped off some special gifts for African and European leaders in Brussels to grab their attention, including a “seeds postcard” to represent the blossoming partnership between both continents that our activists want to see.

In the past few days, our #ONEActivists have been sharing these seed postcards with their European and African leaders to make sure they sow the seeds for a strong #AfricaEU partnership at this upcoming Summit. 🌱🤝 🌍 pic.twitter.com/jOrbKoC6or

They also campaigned in front of European institutions, such as the European Parliament and the European Council, to ensure their messages got across to leaders and the media. 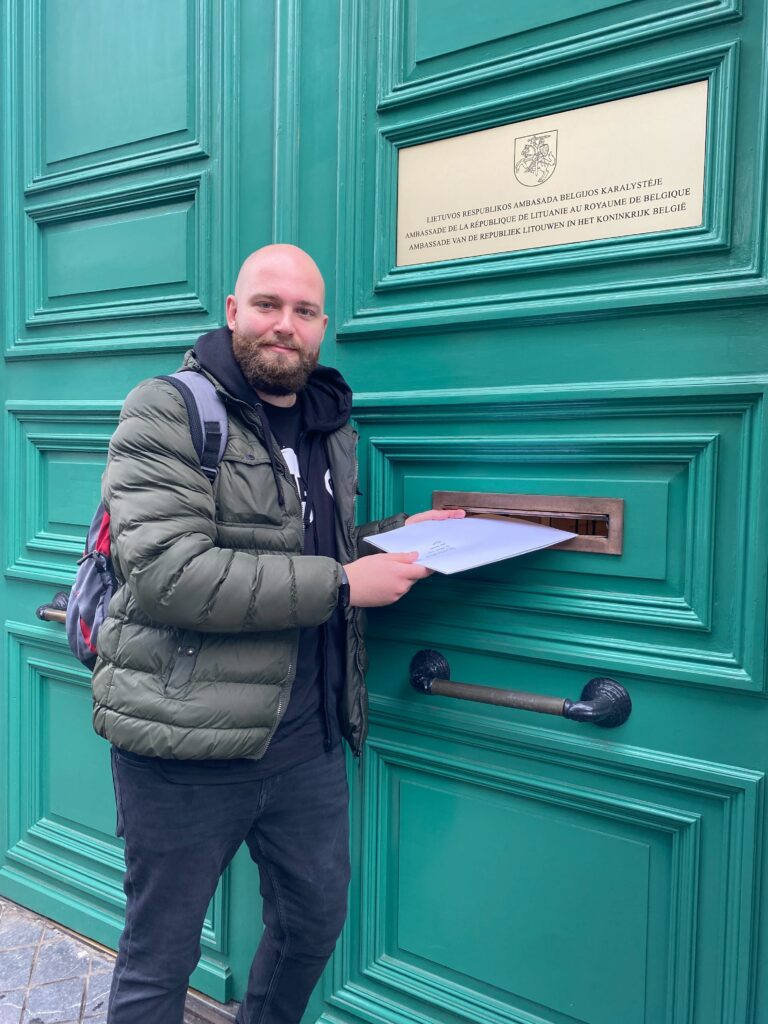 We couldn’t be more grateful to our activists and supporters for all they have done to ensure that vaccine equity and a fair global economic recovery stayed at the top of the AU-EU Summit agenda.

But our work is far from done. Although some steps were taken in the right direction, leaders didn’t fully rise to the challenge during the summit. We welcome the EU’s announcement of some new funding to strengthen health systems in Africa and to get vaccines delivered to African countries. But unfortunately, the EU continues to oppose a temporary suspension of intellectual property on COVID-19 vaccines, a measure that would accelerate vaccine production around the globe and something that African countries have been loudly calling for.

Together, we will keep fighting to ensure EU leaders deliver on their promises to the world’s most vulnerable countries and take real action to lay the foundations for a stronger partnership with Africa.

Pledge your support by adding your name to the global call to end the pandemic for everyone, everywhere!