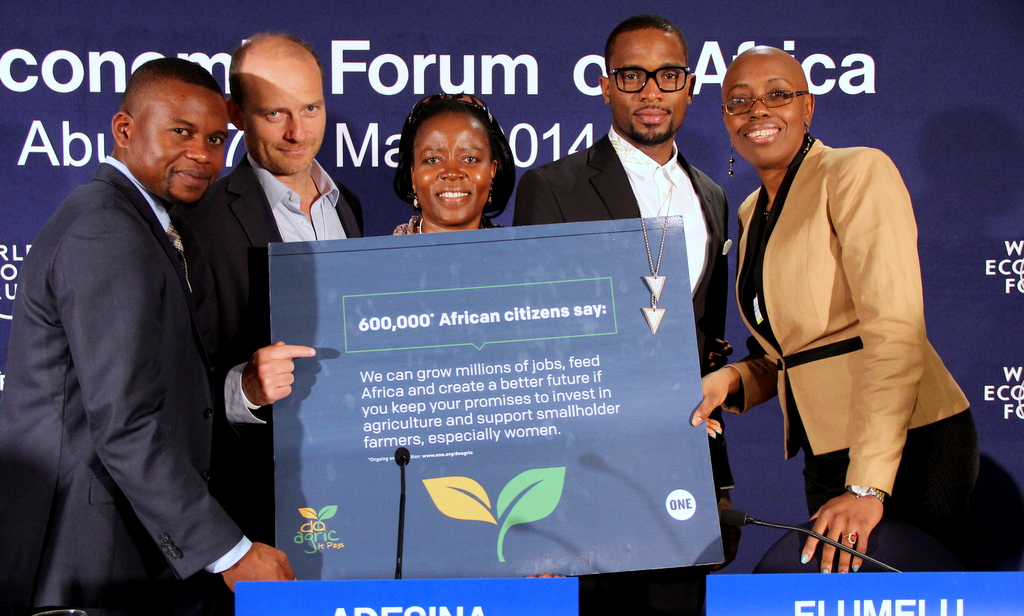 Chinua Achebe once said: “People say that if you find water rising up to your ankle that is the time to act, not only when it is around your neck”.

We may have started a bit late, but I am thrilled that as a continent we have begun dealing with rising water in the form of extreme poverty.

I recently joined farmers, agriculture and food security experts as well as ministers from across the continent in dynamic conversations on the key steps Africa should take to fully transform its agriculture sector in Addis Abbaba, Ethiopia.  I was at the annual Conference of Ministers of Agriculture, Rural Development, Fisheries and Aquaculture hosted by the African Union (AU).

This year’s week-long annual convention was enormously important for the future of Africa. It marked the beginning of policy discussions on new priorities, goals and targets to be accomplished in the next ten years of the Comprehensive Africa Agriculture Development Programme (CAADP).

We are delighted that the recommendations from this meeting now form the basis for the AU’s June summit discussions and declaration taking place in Malabo, Equatorial Guinea, where African Heads of State will gather to agree on a new ten year commitment to address food insecurity in the continent.

The importance of this occasion cannot be over emphasised, particularly when we consider the underwhelming performance in agricultural investment by African governments over the past decade. The AU confirmed that only 13 countries have so far met the Maputo financing targets and only 8 African countries have consistently met the investment targets since 2003.

Another important area of focus tackled by the meeting was one of our key areas of interest: increasing the productivity and competitiveness of African small holder farmers in particular women farmers.

It was encouraging to see recognition of ONE’s role in highlighting the issues of agricultural investments in the continent is growing.  We have already mobilised 600,000 African citizens to call on their governments to invest in their farmers, food and their futures through our Do Agric campaign. We want to encourage our governments to move from saying the right things towards putting their money where their mouths are.

The ONE Africa team used the opportunity to lobby experts and ministers and to promote the adoption of the Joint Policy Recommendations.  These were developed in partnership with 120 organisations which included African farmers, small-scale producers and civil society organisations from across the African continent.

We regard these recommendations as game changers in the continent’s agricultural sector. They have potential to remedy the low development in the food production sector and food insecurity in Africa, where 223 million people (a quarter of the population) live in hunger.

I am highly encouraged by the coherence between the joint policy recommendations, the practical knowledge and views of experts and ministers. This makes the prospect of their adoption by Heads of States strong, and ONE is looking ahead to the AU Summit in June with high hopes.

Read the 10 Joint Policy Recommendations, and if you are in Africa, tell leaders to invest in agriculture by signing our Do Agric petition.

AgricultureFood and NutritionTrade and Investment