Something very strange happened in London this morning. Rumours started circulating on Twitter that the UK Chancellor, George Osborne, was being spotted all over the city. 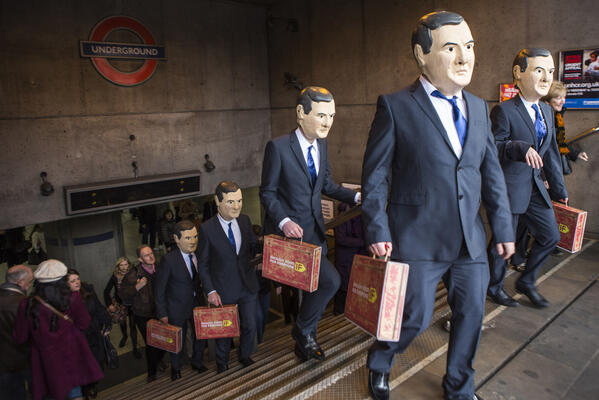 Hundreds of George Osbornes were seen on the tube, on bikes, jumping out of black cabs and even coming down the River Thames on boats. They were all heading towards Westminster and the heart of UK Parliament. 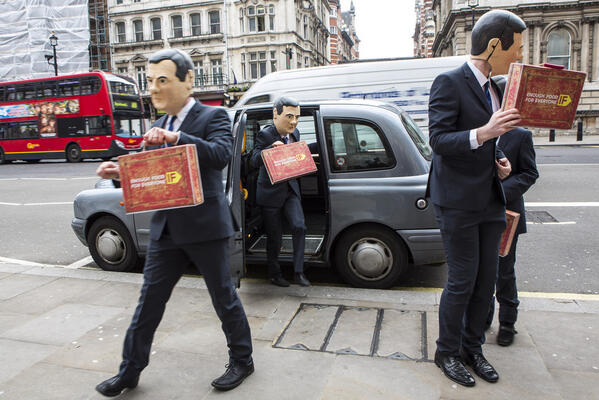 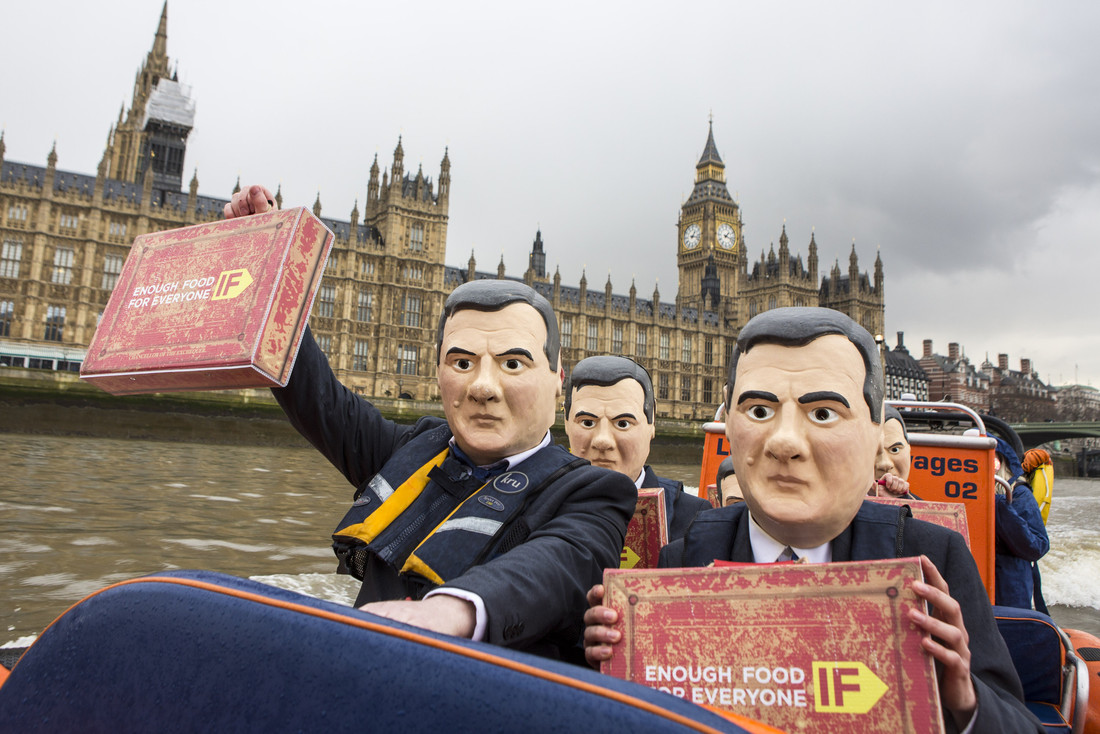 Tomorrow, the real George Osborne will announce the UK Budget. ONE members, as part of the Enough Food for Everyone IF coalition, have been campaigning to make sure that he keeps a long held promise and commits to spending 0.7% of national income on overseas aid.

Will he do the heroic thing and make us proud? 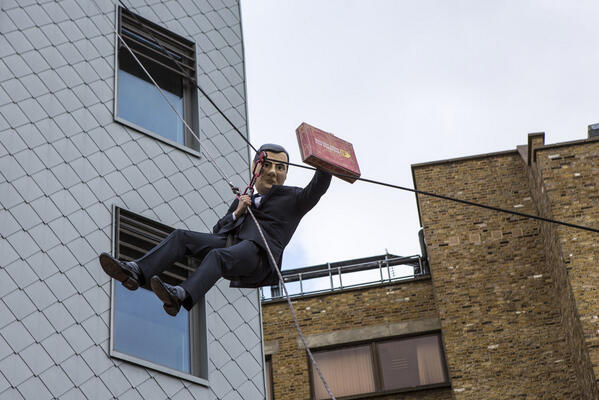 Or will the promise fall flat at the last minute? 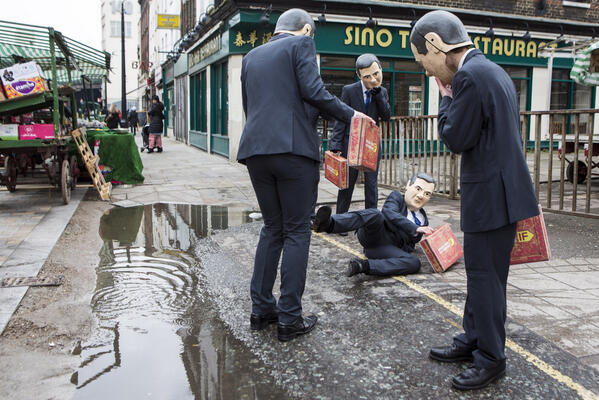 Hundreds of campaigners, supported by thousands more who have sent letters and lobbied their MPs, have today sent a very clear message to leaders that we want to see them keep the aid promise. 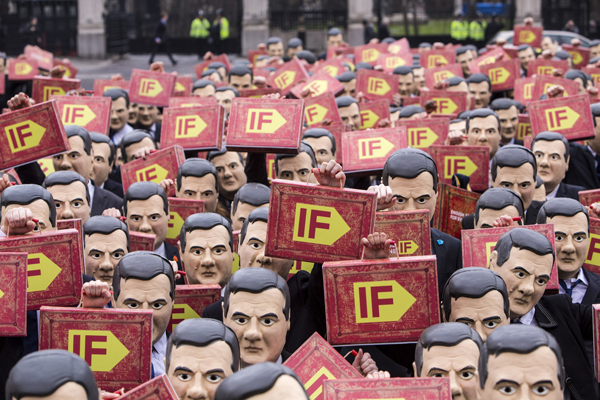 UK aid could mean 16 million more children are in school and 80 million more are vaccinated from life threatening illnesses by 2015. 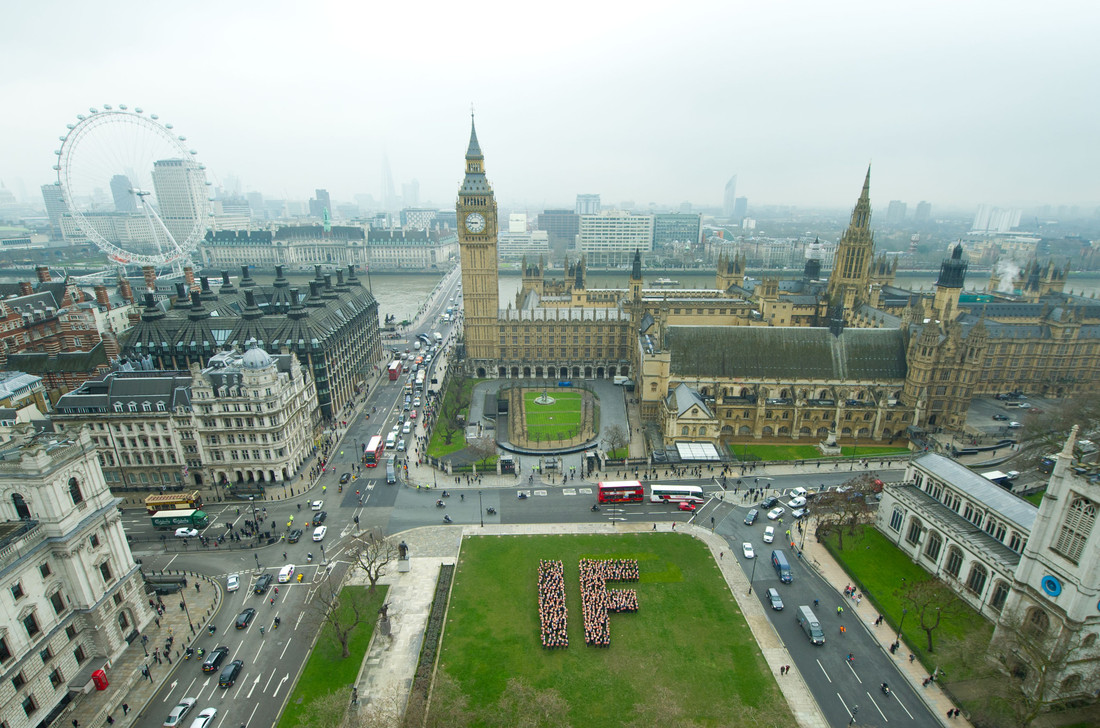 Ending global poverty is still a big IF, but tomorrow we could be a big step closer.

There’s still time to get behind our campaign. Send a tweet to George Osborne’s office, asking him to keep the aid promise.