Over the past weeks, a rare and, so far, little-known disease is hitting the headlines: Zika. Here are five things you should know about the disease. 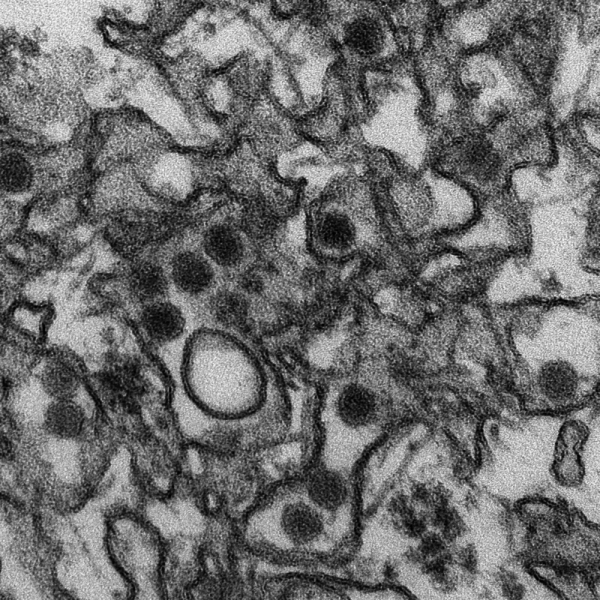 This is a transmission electron micrograph (TEM) of Zika virus, which is a member of the family Flaviviridae. (Photo credit: CDC/ Cynthia Goldsmith)

What effects does it have?

The Zika Virus seems to be especially dangerous for unborn babies. Whereas children and adults only get flu-like symptoms, scientists have reason to believe that this virus causes microcephaly in unborn babies. Therefore, pregnant women need to be especially cautious. If a baby is born with microcephaly, it will have lifelong physical and developmental problems, such as difficulty walking and learning, hearing loss, and vision difficulties. The effects can also lead to the death of the baby.

Which countries is it in and how many people are affected?

While historically, the Zika virus has been found in Africa, Southeast Asia, and the South Pacific, it was transferred to Brazil in 2014 and has since spread to other countries. The recent outbreak started in Brazil. From there it has been spreading to other countries. Currently, people in 24 countries have been affected. The vast majority of countries are in Central and South America. On the African continent, the disease so far has only spread to the island of Cape Verde. 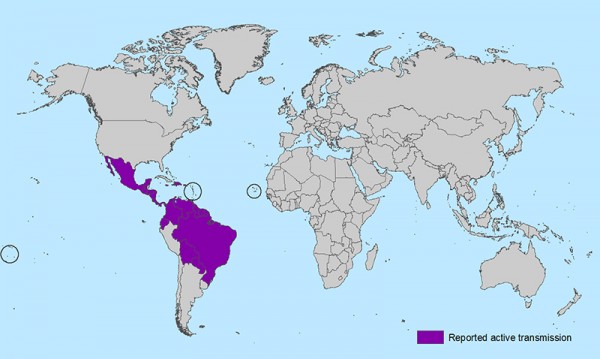 Map of reported transmission of Zika virus as of February 3, 2016. (Photo credit: CDC)

Brazil’s health ministry is investigating 12 confirmed deaths of babies born with microcephaly for a potential linkage with Zika virus infection. The country has more than 4,000 suspected cases of microcephaly—a twentyfold increase from previous years.

How is it transmitted?

The Zika virus is transmitted through the bite of a certain type of mosquito—the Aedes mosquito living in tropical areas. So the transmission has a lot in common with deadly diseases like malaria. 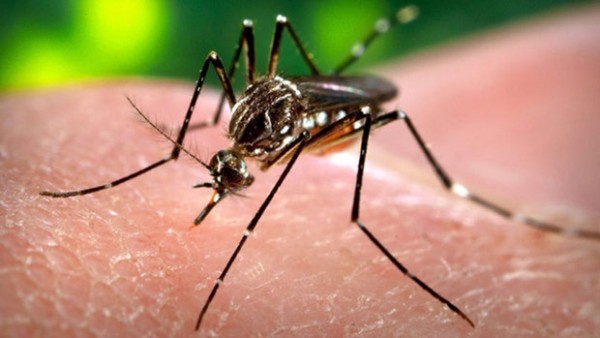 Moreover, last week U.S. health officials said that a person was infected with the Zika virus by having sex with someone who had contracted the disease while traveling in Venezuela. If it is confirmed that the disease was passed on through sexual transmission, this would add a whole new dimension to the fight against Zika. The evidence is not clear on this, though scientists believe it is plausible that the disease could be transmitted through sexual intercourse.

How fast is it spreading?

With the Aedes mosquito living in tropical areas around the equator, the disease can easily spread to more countries. WHO suggest there could be 3 to 4 million infections in the next year.

How can it be stopped and is there a cure?

The virus can be diagnosed but not treated and the diagnostic test is not readily available in all affected regions. So the best way to fight the disease at the moment is prevention: Brazil has deployed 220,000 troops to fight the breeding areas of mosquitos and is distributing mosquito repellent at a large scale to pregnant women. Meanwhile, the World Health Organization is coordinating efforts to develop recommendations for clinical care, boost the availability of diagnosis, and address knowledge gaps.

Efforts are also getting underway to develop a vaccine. However, any new vaccine will not be ready in time to fight the current outbreak, as this process takes several years. The National Institute of Allergy and Infectious diseases remains optimistic that previous research into other mosquito-borne diseases—like, for example, dengue fever—would give scientists an “existing vaccine platform” that could help speed up the process a little. This might also be a jumping-off point for eventually developing a cure to the Zika virus.

As Zika is spreading, it is imperative to remember the lessons learned from Ebola, especially the importance of health systems strengthening and sustainability. Zika has and will continue to impact countries with weak health systems. The international community needs to be prepared to detect cases, implement prevention measures, and rapidly mobilize thoughtful, effective responses.

Join ONE to help fight extreme poverty and preventable disease.