Every 7 years, the European Union (EU) decides on its long-term priorities and budget allocations. Negotiations for the next budget (2021-2027) have started. We need to make sure that ending extreme poverty by 2030 is a core priority for the EU.

With the exception of a handful of EU-nerds (myself included), the negotiations about the EU’s next long-term budget seem dull and overly complicated. But if we take one step back, this process isn’t just about money, but about the future of the EU. Does this seem far fetched? It isn’t. If we want to see the EU as a global leader promoting European values such as sustainable development, human rights and gender equality, we need to increase its financial capacity for external actions over the next 7 years. No money, no action. 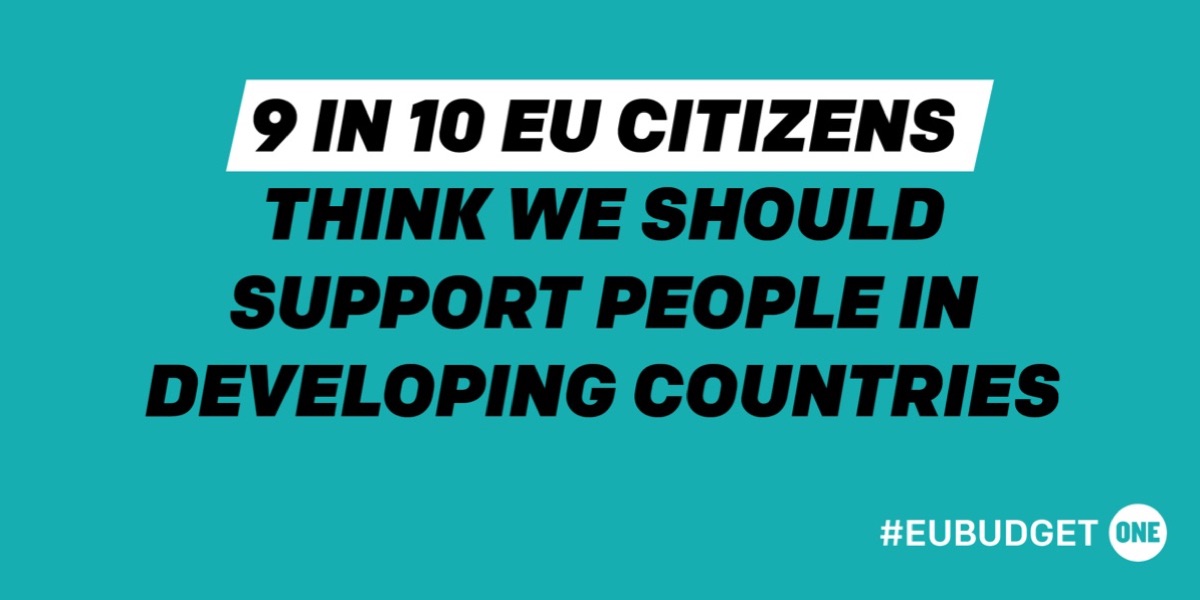 After the release of the European Commission’s proposal for the EU’s long term budget, the Member States and the European Parliament kicked off the negotiations. However, the proposal does not give the EU the capacity to be the global leader that we want it to be. That is why ONE proposes 3 upgrades to the proposal. In short, we need €40 billion extra for EU aid, a focus on poverty eradication and investments where it is needed most.

1. Add €40 billion to EU aid
The Commission calculated that if the EU keeps its international commitment to spend 0.7% of its gross national income (GNI) on aid by 2030, an additional €40 billion over the next 7 years is needed compared to current levels of spending. However, while the Commission made those calculations, they didn’t follow through: Their very own proposal doesn’t meet this objective; additional funds are needed! This is crucial to provide opportunities for the 250 million people who will be born in Africa during the next long-term budget; to support the 736 million people who live today on less than US$2 a day; and to ensure access to medicines for all 36.9 million people living with HIV.

2. Focus on poverty eradication
While we need to increase the funding, we also need to ensure it’s used in an effective way that will support sustainable development. The Commission’s proposal risks focussing on short-term political objectives instead of long-term development and ending extreme poverty. We need guarantees that EU aid will remain focused on poverty eradication. The only way of doing this: the next budget needs to state the fight against poverty and achieving the Sustainable Development Goals as the main objectives of EU aid, in line with the Lisbon Treaty.

3. Invest where it is needed most
African Least Developed Countries (LDCs) and fragile states: The African population is set to double by 2050, with most of the growth happening in African LDCs. 9 out of 10 people living in extreme poverty in 2030 will live in sub-Saharan Africa. That is why we are asking the EU to increase its investments there, providing opportunities for a new generation of youth. The EU should therefore allocate 50% of EU aid to LDCs and fragile states in Africa.

Women and girls: Empowering women and girls empowers whole families, communities and countries, which is key to sustainable, inclusive economic growth. The EU has committed to dedicate at least 85% of its Overseas Development Assistance (ODA) to projects with gender equality as an objective. Yet, in 2016, only 45% of EU aid was pursuing this objective. Now we need to see concrete actions to reach the 85% target! The EU should also carry out gender budgeting analysis to identify data gaps and areas where investments may exacerbate gender disparities, and ensure gender mainstreaming throughout all EU projects.

Health, education and social protection: At least 20% of EU ODA must be spent on health (including nutrition), education and social protection, to ensure investments in mechanisms that are proven to deliver results for the poorest, especially girls and women and girls. Today, over 100 million children, more than the German population, are not able to go to school in Africa – the next Multi-annual Financial Framework (MFF – the EU’s long-term budget) needs to contribute to ending this scandal.

Serious upgrades to the EU aid budget are needed now if the EU wants to remain a global player and is serious in taking action to end extreme poverty by 2030. Tell EU leaders to choose a future free from poverty.