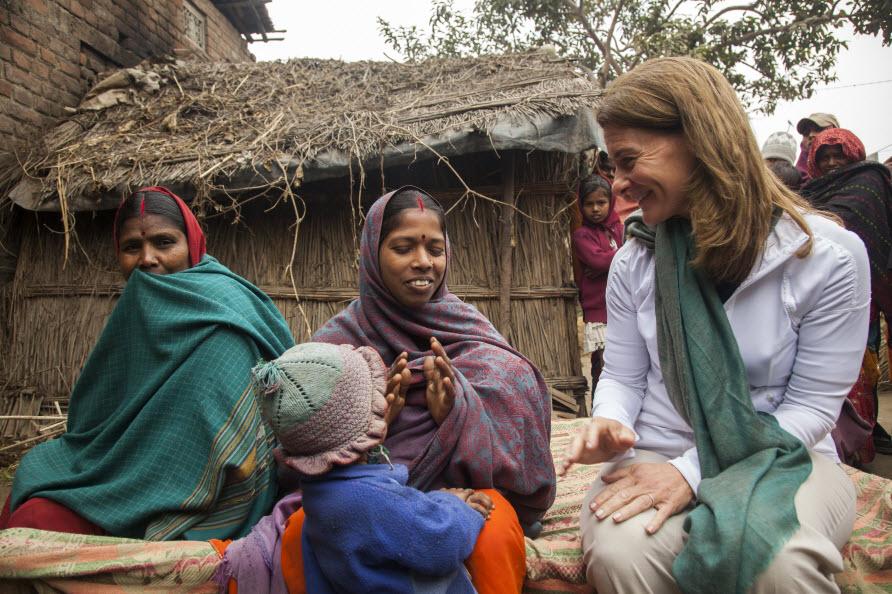 Dedaur village, India, 2013. With access to a range of contraceptives and information about birth spacing, women like Sharmila Devi are able to raise healthier families. Photo: Gates Foundation

Today, Bill & Melinda Gates publish their 2014 Annual Letter, which takes a look at three big myths about global poverty that are holding back progress.

If you’ve ever watched a discussion about extreme poverty on TV, or had a heated debate with friends and family, you have probably heard these three myths before.  And if you have ever wanted to challenge them, but not had the facts at your fingertips, the Gates Letter will give you everything you need.

It’s actually a fascinating, interactive and beautifully designed digital resource packed with infographics, video clips and images – make sure you check it out. Here are the headline myths:

That still leaves more than one billion people in extreme poverty, so it’s not time to celebrate. But it is fair to say that the world has changed so much that the terms “developing countries” and “developed countries” have outlived their usefulness.”

Read more about this myth

2. Foreign aid is a big waste
Bill says, “I worry about the myth that aid doesn’t work. It gives political leaders an excuse to try to cut back on it—and that would mean fewer lives are saved, and more time before countries can become self-sufficient.

The bottom line: Health aid is a phenomenal investment. When I look at how many fewer children are dying than 30 years ago, and how many people are living longer and healthier lives, I get quite optimistic about the future.

The foundation worked with a group of eminent economists and global health experts to look at what’s possible in the years ahead. As they wrote last month in the medical journal The Lancet, with the right investments and changes in policies, by 2035, every country will have child-mortality rates that are as low as the rate in America or the U.K. in 1980.” 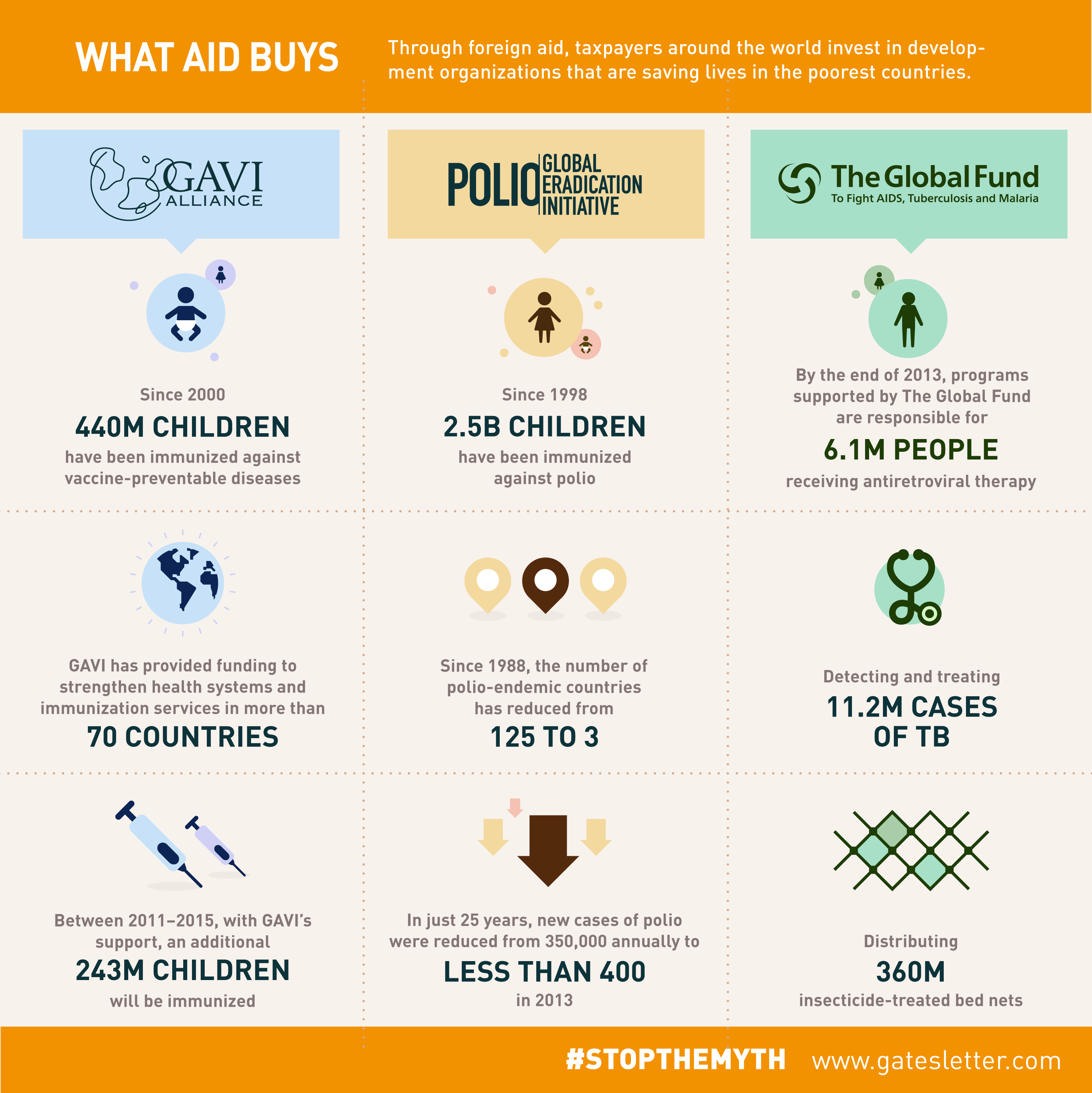 Read more about this myth

3. Saving lives leads to overpopulation
Melinda says, “We see comments like this all the time on the Gates Foundation’s blog, Facebook page, and Twitter feed. It makes sense that people are concerned about whether the planet can continue to sustain the human race, especially in the age of climate change. But this kind of thinking has gotten the world into a lot of trouble.

Anxiety about the size of the world population has a dangerous tendency to override concern for the human beings who make up that population.

When children survive in greater numbers, parents decide to have smaller families. Consider Thailand. Around 1960, child mortality started going down. Then, around 1970, after the government invested in a strong family planning program, birth rates started to drop.

Read more about this myth and explore the full letter.

Inspired by the Gates Foundation’s myth busting, we wanted to take on a common misconception that ONE members are often challenged by: that one person voice can’t have an impact.  See our UK Campaigns Manager Saira destroy this!