In the early decades of the global AIDS fight, it often felt as if conversations and campaigns about the disease were everywhere. From celebrities donning red ribbons and activists leading protests to families making quilt squares in honour of loved ones and actors starring in Oscar-winning movies—the attention paid to AIDS was hard to miss.

Yet today, with more people living with the disease than ever before, the notion of AIDS as an urgent issue has seemingly faded from news headlines. Inevitably, this fading spotlight has led many to believe that the disease has already been tackled and that the world has moved on.

However, this could not be further from reality. 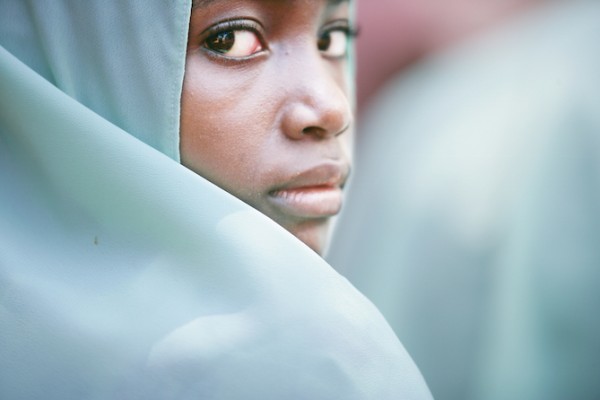 A young girl at a madrassa (school) in Zanzibar. HIV education is part of the curriculum throughout the archipelago. (Photo credit: The Global Fund / John Rae)

In ONE’s 2015 AIDS report—launched today to mark World AIDS Day—we warn that a growing sense of complacency and fatigue threatens to derail the progress achieved and the momentum needed to accelerate the world’s collective efforts against the disease.

Globally, 1.9 million people were newly added to antiretroviral treatment in 2014, but 2 million people became newly infected with HIV, outpacing the growth in access to treatment.

Our report also highlights that marginalised populations around the world are increasingly at risk and less likely to receive the health services they need, meaning their chances of contracting the disease are a lot higher. Compared with the general population, men who have sex with men are 19 times more likely to be living with HIV and people who inject drugs are 28 times more likely, while transgender women are 49 times more likely. Girls and young women are also increasingly vulnerable: in sub-Saharan Africa, they are almost three times as likely as their male peers to be living with HIV, and in South Africa, more than 800 girls aged 15–19 are infected with HIV every week. 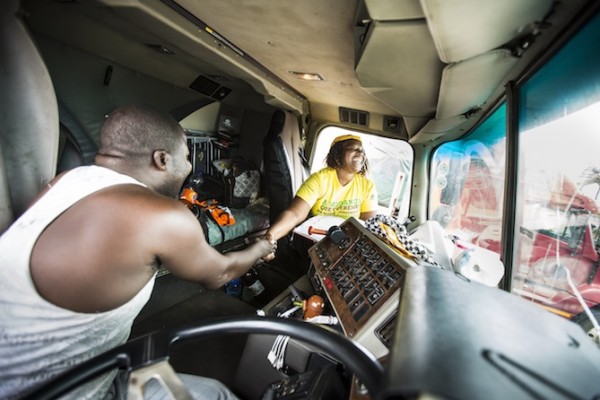 Outreach worker Paula Mengate seeks out long-haul truck drivers like Charles Alwangata at a cross–border truckers ‘resting zone’ near Maputo, where they must wait— often for days—for custom clearance. Resting zones are hot spots for sex workers to meet up with clients, so Paula’s job is to provide information about the risk of HIV infection and other sexually transmitted diseases, as well as to give out free condoms, and referrals for HIV testing. (Photo credit: The Global Fund / John Rae)

Worryingly, global spending on the disease has plateaued, raising $20.2 billion from all sources in 2014, down slightly from 2013’s high of $20.4 billion. External funding continues to be concentrated among just a few donors, with only five countries (the US, the UK, France, Germany and the Netherlands) contributing 87% of funds.

Meanwhile, private philanthropic spending on AIDS was at its lowest level since 2007, and only six African countries (Rwanda, Swaziland, Ethiopia, Malawi, the Central African Republic and Togo) met their commitments to spend 15% of their national budgets on health, leaving billions in potential domestic resources for health and HIV/AIDS unspent.

Taken together, those findings can feel pretty bleak. But our report also highlights some of the incredible progress the world has made in recent years, as well as the opportunity ahead of us, including with next year’s Global Fund replenishment offering a chance for governments to pledge new resources. There are now more than 15 million people on treatment, up from just 700,000 in 2000. New HIV infections and AIDS-related deaths are both down to historic lows. We know where interventions have made an impact and driven the epidemic backwards, and we know where our collective efforts have fallen short. 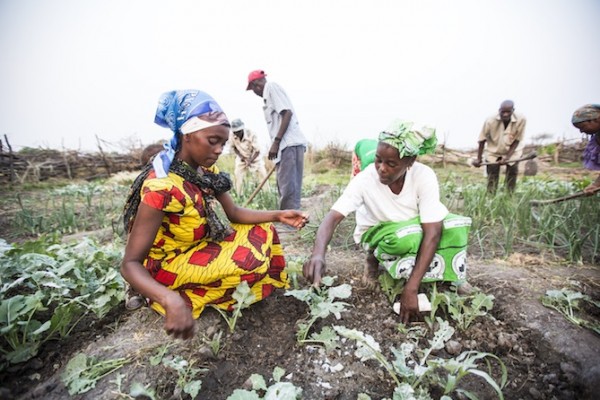 Access to antiretroviral (ARV) treatment through a Global Fund- supported program has enabled Dorothy (right) to get back on her feet, and today she teaches others living with HIV to grow their own organic vegetables for their own health as well as a source of income. (Photo credit: The Global Fund / John Rae)

Today, experts argue that we are now in a unique window of time: if we can aggressively scale up our investments and programs in the next five years, we could bend the curve of the disease towards its ultimate end as an epidemic by 2030, averting up to 28 million new HIV infections and 21 million AIDS-related deaths. But in order to reach these targets, UNAIDS estimates that low- and middle-income countries will require nearly $32 billion annually by 2020—roughly $12 billion more than is currently spent.

Where will those missing dollars, pounds, euros, yen, and naira come from, and how will the Global Fund’s 2016 replenishment factor in? Which countries, private sector leaders, and individuals should step forward to turn this vision into reality? How can implementing partners get even more bang for their (limited) bucks? To find out the answers to these questions, go to one.org/aidsreport to download and read the full report. Then, take two more minutes to share one of our Twitter or Facebook graphics and sign our petition, letting your leaders know you care about this issue and expect them to step up.

Together, we can shine a bright spotlight back on AIDS this year and help generate the momentum needed to end this disease once and for all.

Sign the petition to tell world leaders to support The Global Fund to fight AIDS, TB and Malaria, so it can save even more lives.