She’s just 20 years old but Malala Yousafzai has already proved herself to be wise beyond her years. Nearly five years ago, Malala and two of her friends were shot by the Taliban on their way to school as punishment for advocating for girls’ rights to education in Pakistan — luckily this didn’t stop her from pursuing the fight for education. She’s now one of the world’s most recognised human rights advocates and we absolutely cannot wait to see what she achieves next!

In honour of Malala’s birthday, here are the top 20 things she’s said and done that we’re taking note of:

1. When she revealed why kindness is a powerful tool.

2. When she encouraged women to be their own heroes.

“There was a time when women social activists asked men to stand up for their rights. But, this time, we will do it by ourselves… I am focusing on women to be independent to fight for themselves.” 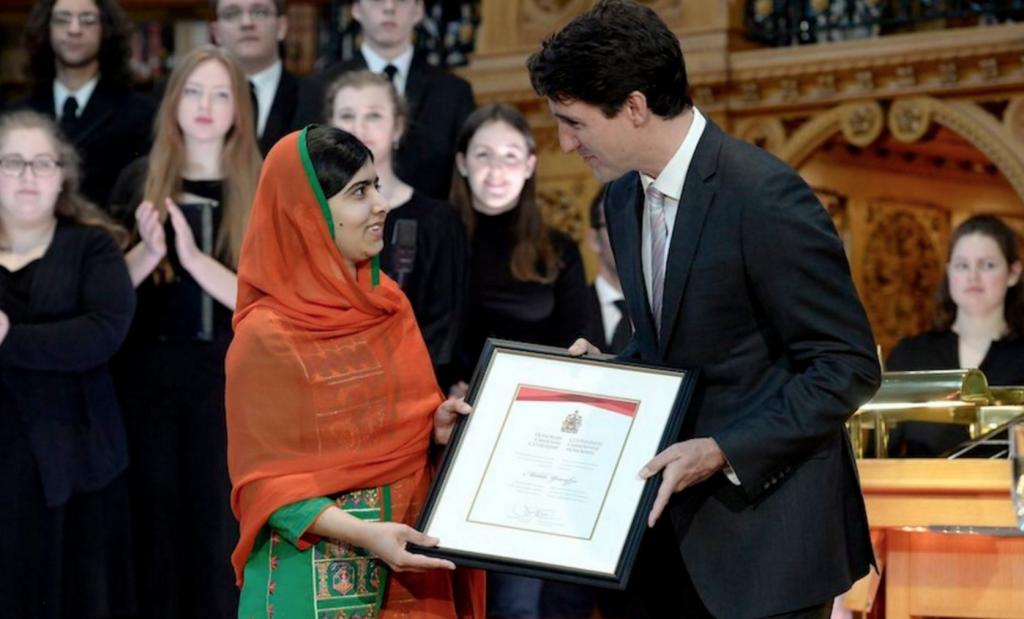 3. When she became an honorary citizen of Canada for her courage and dedication to fighting oppression.

4. When she told us it’s not how you say something, but what you say.

“It does not matter what language you choose, the important thing is the words you use to express yourself.

5. When she was the youngest person ever to be awarded the Nobel Peace Prize.

6. When she explained that school isn’t just about book smarts.

7. When she taught us to be proud of who we are.

8. When she wished for action on her birthday instead of a party, gifts and cake.

9. When she stood for marginalised women and girls around the world.

10. When she spoke the straight up truth.

“Tell me how can one live without daughters.”

11. When she wrote an amazing letter of support to the abducted Chibok schoolgirls.

12. When she showed us that the achievement of equality includes girls, boys, men, and women.

“We should all speak up for girls’ education – for both girls’ and boys’ education… Boys and men should also know about equality and justice, and know that women have equal rights, and should be treated equally.”

13. When she pointed out you don’t have to be an adult to change the world.

I used to think I had to wait to be an adult to lead. But I’ve learned that even a child’s voice can be heard around the world.

14. When she opened an all-girls school for Syrian refugees to celebrate her 18th birthday.

15. When she filmed an INCREDIBLE #GirlsCount video supporting education for all girls, everywhere.

16. When she asked us to recognise and appreciate the importance of opportunity.

“We don’t learn the importance of anything until it’s snatched from our hands.”

17. When she pointed out that learning doesn’t belong to any one culture.

“Education is neither eastern nor western, it is human.

18. When she received the U.N.’s highest honour — becoming a U.N. Messenger of Peace — as a teenager.

19. When she blogged undercover about life under the Taliban regime for the BBC at just 11 years old.

20. When she inspired us to keep fighting the good fight.

Aid and DevelopmentEducationGirls and Women