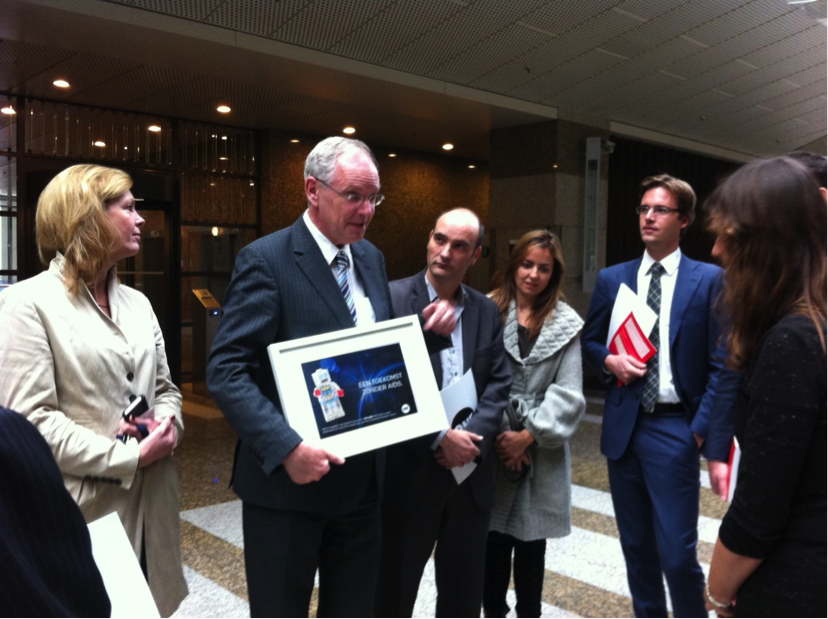 Yesterday, we brought the voices of over 153,000 ONE members to the Dutch parliament.  We were asking them to support the Global Fund to Fight AIDS, Tuberculosis and Malaria so that we can beat these three killer diseases.

Just a decade ago, HIV/AIDS, tuberculosis (TB), and malaria were raging out of control, killing more than 4 million people each year. In 2002, world leaders came together and set up the Global Fund to fight these pandemics. Since then, programmes supported by the Global Fund have saved an estimated 8.7 million lives in 151 countries.

Recent scientific progress has led us to a global tipping point: for the first time, we can see a pathway to defeating—not just controlling—these three diseases within our lifetimes. But to do that, the Global Fund is going to need more resources. In December, it will host a replenishment conference where it will ask donors to support its programmes for the next three years.

The Netherlands is the 11th biggest donor to the Global Fund, and has always been a leader in international development. This year for instance, the Netherlands gave €67 million to the Global Fund. We are calling on the Dutch government to rise to the challenge of defeating these deadly diseases by increasing its yearly contribution to €90 million for the next three years.

ONE Brussels Director Eloise Todd addressed Dutch MPs from almost all the Netherlands’ main political groups, urging them to show leadership on this issue. Thank you to all Dutch ONE members who signed our petition!

If you haven’t already, you can still sign our petition and help us urge the Netherlands and other governments to seize this moment and help achieve what once seemed impossible—the defeat of AIDS, tuberculosis and malaria in our lifetime, leaving behind a historic, life-saving legacy.