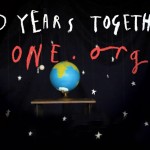 This week, ONE celebrates 10 years of campaigning with members and partner organisations around the world. We’ve come a long way together

At ONE, we believe injustice in the world is a preventable, treatable condition, one that can be cured by dealing with an underlying malaise – something called apathy. ONE is an experiment in anti-apathy on a global scale.

Ten years ago we launched this experimental campaigning organisation at the Liberty Bell in Philadelphia. We did this to underscore how ONE would be built on the shoulders of giant ideals, inspired as we are by the Jubilee passage from Leviticus inscribed on the Bell: that slaves must be freed, land redistributed and debts cancelled in a radical, once-every-generation gesture of divine justice.

ONE also is entirely the product of those who inspire us, fired by the same ideals: Desmond Tutu, South African activist Zackie Achmat and Ugandan educator Noerine Kaleeba on AIDS; Bill and Melinda Gates on vaccines and child mortality; George Soros, Mo Ibrahim, Ngozi Okonjo Iweala and John Githongo on open government and anti-corruption; and above all, Nelson Mandela and more recently Pope Francis on the fundamental fight against the injustice of extreme poverty.

All these people will say the same thing – they in turn are inspired by the 1 billion human beings struggling to live in dignity, struggling to determine their own destiny, who are living on less than $1.25 a day.

So how are we doing, applying these demanding ideas of justice to grubby reality? Well, we’ve helped pass some historic pieces of legislation, played a part in huge global movements, and through these, helped ONE members express themselves in practical solidarity with the oppressed fellow members of our one human family.

In the past decade, with our partners, we’ve helped achieve the following pieces of pretty mind-boggling progress: 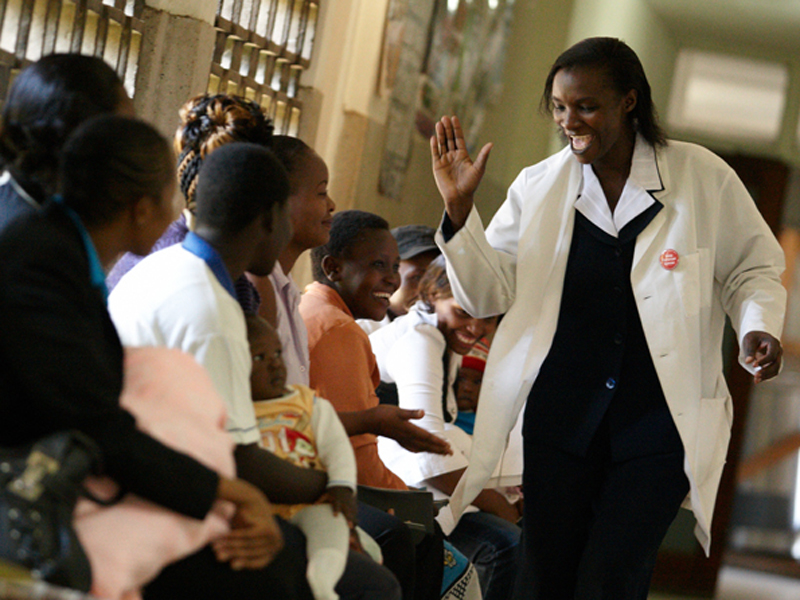 Since ONE and other activists started campaigning against the AIDS emergency, the number of people receiving life-saving AIDS treatment globally has skyrocketed to 9.7 million, up from just 300,000 in 2002. Similarly, the number of babies infected with HIV through childbirth or breastfeeding has more than halved, from 550,000 in 2004 to 260,000 in 2012.

Many of these achievements are attributable to programs and policies implemented by global leaders in response to campaigns ONE and partners supported, such as those for increased funding and reduced drug prices. But though access to treatment has increased and the number of AIDS deaths has dropped dramatically over the past decade, the fight isn’t over.

In 2012, 2.3 million people were newly infected by HIV, while 1.6 million people died. If we build on progress, we can achieve the beginning of the end of AIDS and be on our way to an AIDS-free generation. 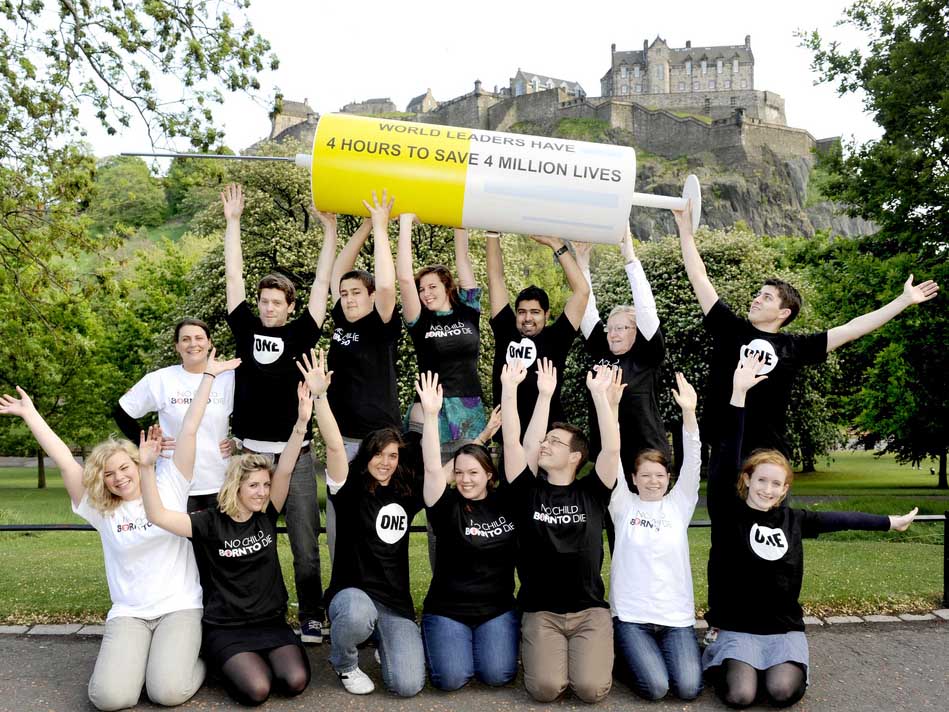 ONE members in the UK support The GAVI Alliance in 2011. Photo credit: Gabriella Hood/ ONE.

Since 2000, the number of children under the age of five dying from preventable and treatable diseases has dropped from 9.7 million to 6.6 million in 2012.

A key player in this progress has been the GAVI Alliance, a public-private partnership that improves access to life-saving vaccines for children in the world’s poorest countries.

GAVI’s work so far has supported the immunisation of an additional 440 million children since 2000 and saved 6 million lives. Since 2010, ONE and its partners have provided major pressure on donors, helping GAVI to secure close to $7 billion for the 2011-2015 period. GAVI is about to kick off a new replenishment campaign for the next five years, and the funds raised will help immunise and save the lives of many more millions of children. By building on past progress we could go on to virtually end preventable child deaths, with vaccines as one key tool in this effort. 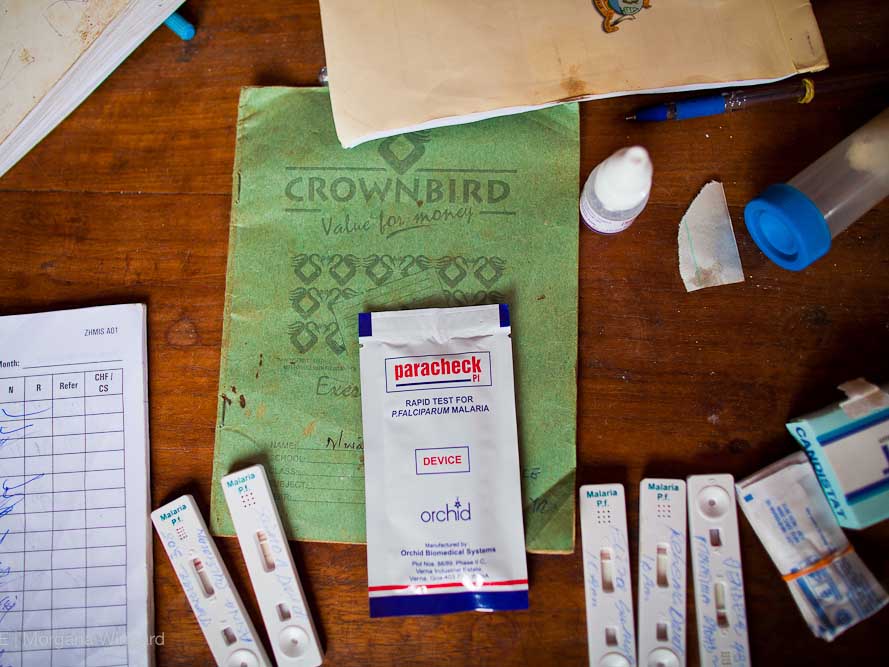 ONE members have supported programs to distribute more malaria treatments like these to rural communities in Africa. Photo credit: Morgana Wingard, ONE.

Since 2002, ONE, DATA and our partners have been working to scale up the many weapons against malaria.

Many of the programs for which ONE has advocated have increased the availability of insecticide treated bednets, indoor spraying and new and more effective methods of testing and treatment. As a result, malaria mortality has dropped by more than a quarter both globally and in sub-Saharan Africa since 2004.

A lot of this progress comes from increased political will, manifested through dramatic increases in funding for malaria programs. Since 2004,international funding for the disease has risen from less than $250 million to nearly $2 billion in 2012. But though this is good progress, we are now facing new challenges like drug-resistant malaria that require new and innovative solutions. We must redouble our efforts to successfully end malaria. 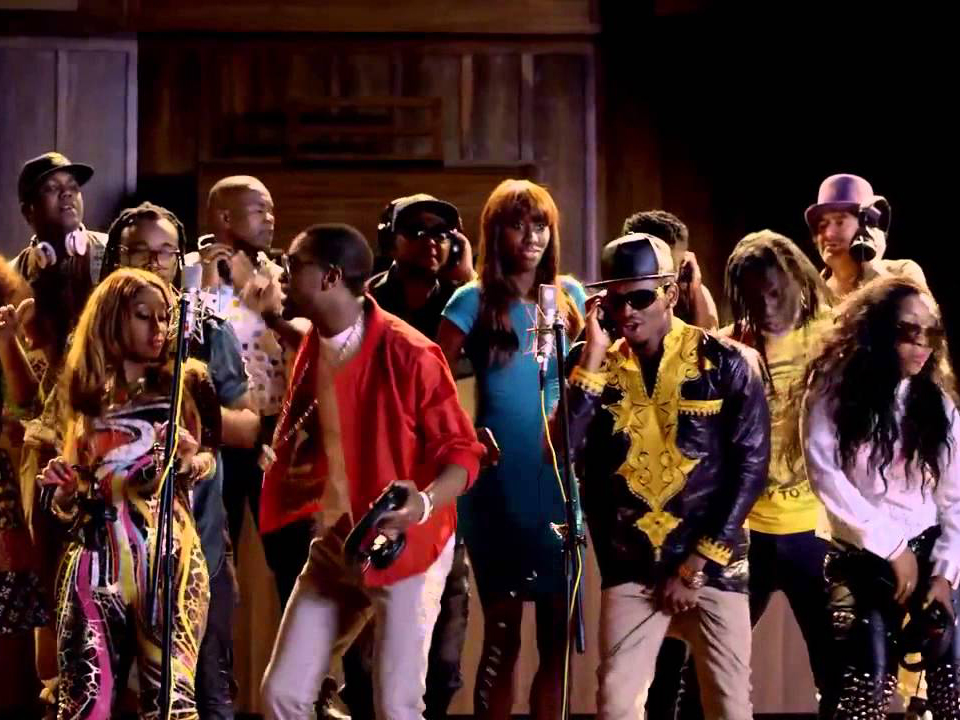 In 2014, ONE brought 19 top African artists together for the continent’s largest music collaboration to raise awareness for African agriculture.

Following the lead of Africans, we’ve helped push food security, agriculture and nutrition back on the agenda, most recently through our Africa-centric Do Agric, It Pays campaign.

In 2009, donors pledged and delivered an unprecedented $22 billion in support for food security and nutrition. Meanwhile, the success of countries like Ghana, Burkina Faso, and Ethiopia, each of which has implemented pro agriculture reforms and received aid for the sector, have shown how agriculture can grow and hunger be reduced in each case.

Hunger and extreme poverty can be dramatically cut over the coming decades if all countries adopted similar policies and scaled up investments. Our African members are asking African leaders to do just that at their forthcoming Africa Union Summit in June. 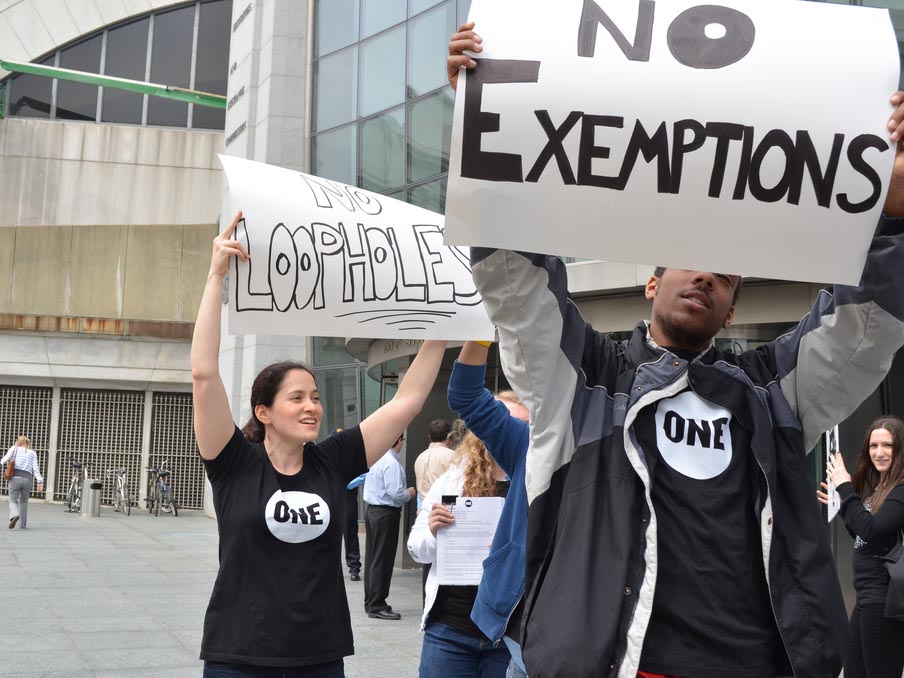 ONE members in the US stage an anti-corruption demonstration in front of the SEC building in Washington, D.C., in 2011.

In 2003, DATA, the predecessor to ONE, made the case for transparency and accountability in the oil, mining and gas industry to end the resource curse in Africa. Many developing nations sit on vast resource wealth, but fail to manage it in a way that benefits citizens.

Our work picked up the pace then paid off in 2010, when ONE backed legislation in the US with the brilliant Publish What You Pay coalition, and got it passed. The law requires companies registered on the New York Stock Exchange (NYSE) to make their payments to governments over extraction rights public.

As we started to dig deeper, we noticed that sums stolen in shady resource contracts were often hidden in secretive anonymous companies. So we started campaigning against those, too. We recently worked to pass a law in the EU, which now we should globalise (as Global Witness calls for here). 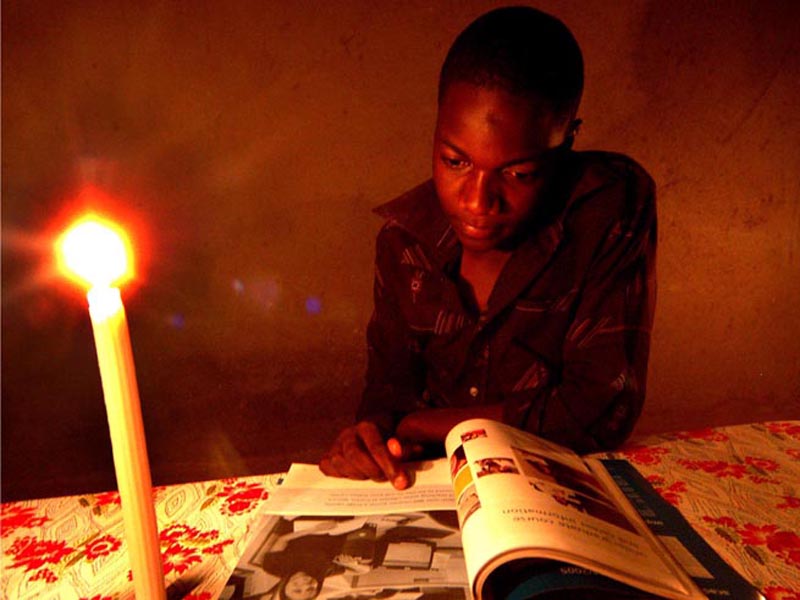 Seven out of 10 people in sub-Saharan Africa do not have access to reliable electricity, a resource that is a necessity for economic growth, health, agriculture and almost every facet of modern life.

That’s why in 2013, ONE began lobbying in support of the US Electrify Africa Act, a bill that will help 50 million people in Africa gain access to electricity for the first time. Just this past week, the bill passed a vote in the House of Representatives.

We didn’t do any of this alone. We did it with you, with our partners, all together as one. Thank you.

But there’s a lot more to do…because all this progress now hangs in the balance. Will we build on it – or tragically let it slip away?