In celebration of the Global Fund’s 10th anniversary, ONE Global Health Policy Manager Erin Hohlfelder reflects on the organization’s accomplishments over the years.

When I was ten, I was busy doing important things like mastering long division, practicing softball and rocking the plastic glasses/bowl cut combo. While I’m proud of those accomplishments, I have to say I’m even more proud today to honor all the incredible things that the Global Fund to Fight AIDS, Tuberculosis and Malaria has achieved in its first ten years of existence. To understand the Global Fund’s impact, it’s important to remember just how bad things were before it existed: Fewer than 50,000 Africans had access to AIDS treatment. Malaria was killing nearly 1 million people annually. Treating TB was considered too expensive for most of the developing world. 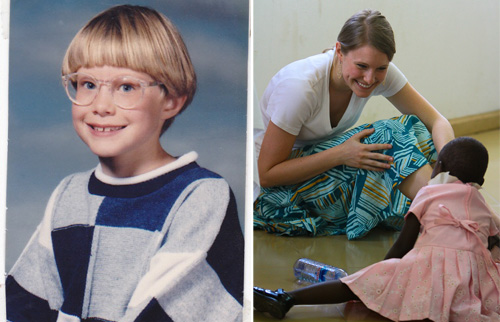 In late January of 2002, leaders came together in Switzerland to launch the Global Fund. Built to be what Kofi Annan called a “war chest” to respond to these global health emergencies, it had the backing of donors, public health officials, developing country leaders and NGOs. Intentionally, it was designed to be different than other aid models; it was rooted in having local stakeholders (rather than donors) say what they wanted to do to fight AIDS, TB or malaria, and how much money it would take to get the job done.

Though no aid model is perfect, the Global Fund has clearly been doing something right, because it has delivered incredible results over the last decade:

In delivering these services — often in partnership with aid efforts including PEPFAR and with national health systems — the Global Fund has helped change the global health landscape. Though they each still claim far too many lives, all three diseases are all on the decline globally. Now, the mantra has shifted from a “stop the bleeding” approach to a more hopeful, long term approach characterized by phrases like “we can achieve the beginning of the end of AIDS” and “we know how to end malaria deaths by 2015.” And, just as my own personal style has thankfully evolved from those outdated plastic glasses to contact lenses, the Global Fund has gone through its own strategic reforms in the last 12 months to become an even more targeted, efficient mechanism in the years to come.

SEE ALSO: The beginning of the end of AIDS

Funding — as always — remains a challenge. The Global Fund has said it is currently unable to fund new programs until 2014 due to a roughly $2 billion funding gap. Constricting global budgets, coupled with persistent whispers of corruption, are convenient excuses for donors to pull back on their contributions to these diseases. But the Global Fund has made the changes necessary to ensure that money invested in its programs will be monitored transparently, evaluated rigorously and directed toward specific outcomes. As a result, donors should feel confident that maintaining or increasing their contributions will go toward the achievement of bold new goals: saving 10 million lives and preventing 140 to 180 million new infections between 2012 and 2016.

Of all the aid projects I’ve been able to visit, the one individual who stands out most is a playful little girl named Madeline who I met at a Global Fund clinic in Ghana. She was born HIV-positive, but thanks to the Global Fund, her mother was able to access the antiretroviral treatment that will keep her alive and healthy. I get that 10 million lives saved through the Global Fund seems too overwhelming to conceptualize. So instead, I’d suggest we simply think of Madeline, and then think of all the other Madelines out there who, thanks to the Global Fund, will be able to grow up healthy and one day also master long division and practice softball like me. I just hope they all skip the bowl cuts!