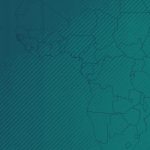 The latest data show that global ODA levels have effectively flatlined, despite increasing need. Overall, aid from OECD DAC donors fell to $147.2 billion in 2017 (down 0.1% from 2016 in real terms). This was mostly due to a decrease in aid being spent at home to support refugees (IDRC – In-Donor Refugee costs).

However, aid to Africa – where more than half of the world’s poorest people live – and the least developed countries (LDCs) was up in 2017, by 4.6% and 7.4% respectively. These increases are urgently needed after the share of aid going to these countries was in decline for many years.