According to the Stop TB Partnership, 1 in 3 people (amounting to more than 2 billion worldwide) are currently living with TB, and its toll is not letting up: In 2014 alone, 9.6 million people fell ill with TB, and 1.5 million people died from the disease, rendering it the leading cause of death from infectious disease worldwide alongside HIV. Over 95% of these deaths occur in low- and middle-income countries, and it is among the top 5 causes of death for women aged 15 to 44. 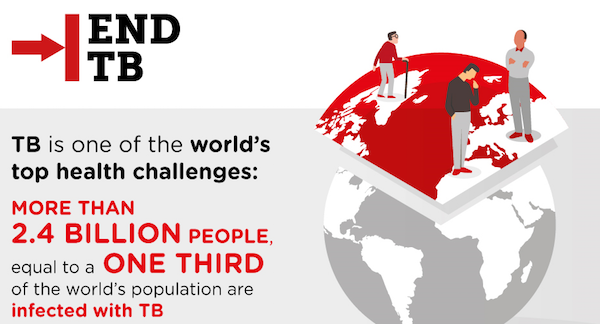 It should be noted that we are in a much better place now than we were at the start of the Millennium Development Goal (MDG) era. Since 2000, organizations like the Global Fund to Fight AIDS, TB, and Malaria have successfully halted and reversed TB incidence around the world, reducing the TB death rate by 41% and saving a remarkable 43 million lives worldwide. 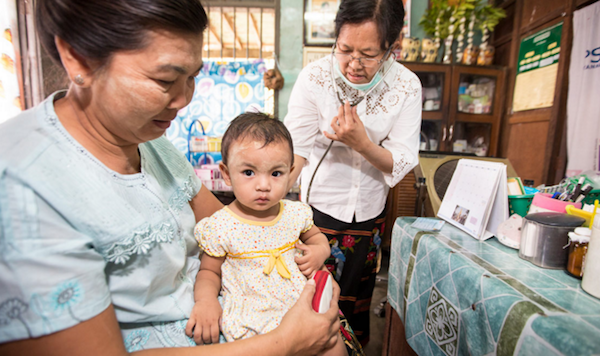 Meet Dr. Yu Yu May, trained by the Global Fund to provide free TB testing and treatment to her community in Myanmar. She also works with several volunteers, who carry out TB awareness programs in local communities.

Yet while substantial progress has been made, colossal challenges remain. In 2014, 37% of new TB cases went undiagnosed or were not reported, making it next-to-impossible to maintain active surveillance and ensure quality, expedient care for the sick. And while vaccines have been pivotal in combating other deadly infectious diseases such as polio and typhoid, the only available vaccine for TB is nearly 100 years old and only moderately effective.

The ever-rising phenomenon of drug-resistant TB has proven to be an even more devastating and frightening burden. Each year, half a million individuals become ill with drug-resistant TB, and 190,000 people die from the disease. Without “radical action,” experts expect that by 2050, drug-resistant TB will annually kill more people than cancer.

If we continue to stall efforts to provide effective treatment and prevention to the more than 2 billion people in our world infected with TB, our world could face millions more lives lost and billions more dollars unnecessarily spent.

This is why it is now more important than ever to invest in the Global Fund.

Since 2002, the Global Fund has disbursed $4.7 billion of TB funding to 140 countries, detecting and treating 15 million cases of TB, including 230,000 people for drug-resistant TB. Over 80% of these cases, moreover, have been detected and treated in “high impact” regions. 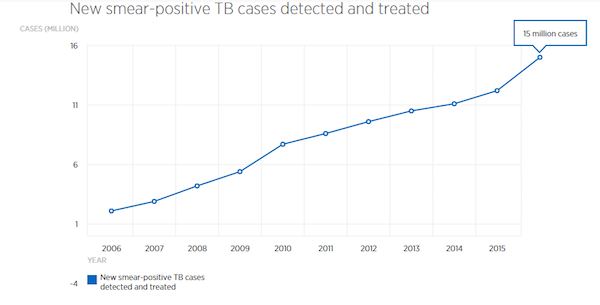 The work of the Global Fund has meant that 15 million people who would have otherwise not had access to treatment are alive and well. Consider the story of Ambiya, a 15-year-old girl in Jakarta, Indonesia being treated for drug-resistant tuberculosis, through support from the Global Fund. After 18 months of treatment, Ambiya is now cured of this deadly disease (link to video here):