Story and photos by Rebecca Rwakabukoza

When Grace Kajabika came to Uganda ten years ago from the Democratic Republic of Congo, she spoke French. Learning a new language was just one of the hurdles she had to face as an 8-year-old to get a decent education.

“I was in Primary Two. And the language was so strange,” she says. “I remember feeling very isolated. Most of the children played in their own language and I did not know it.” 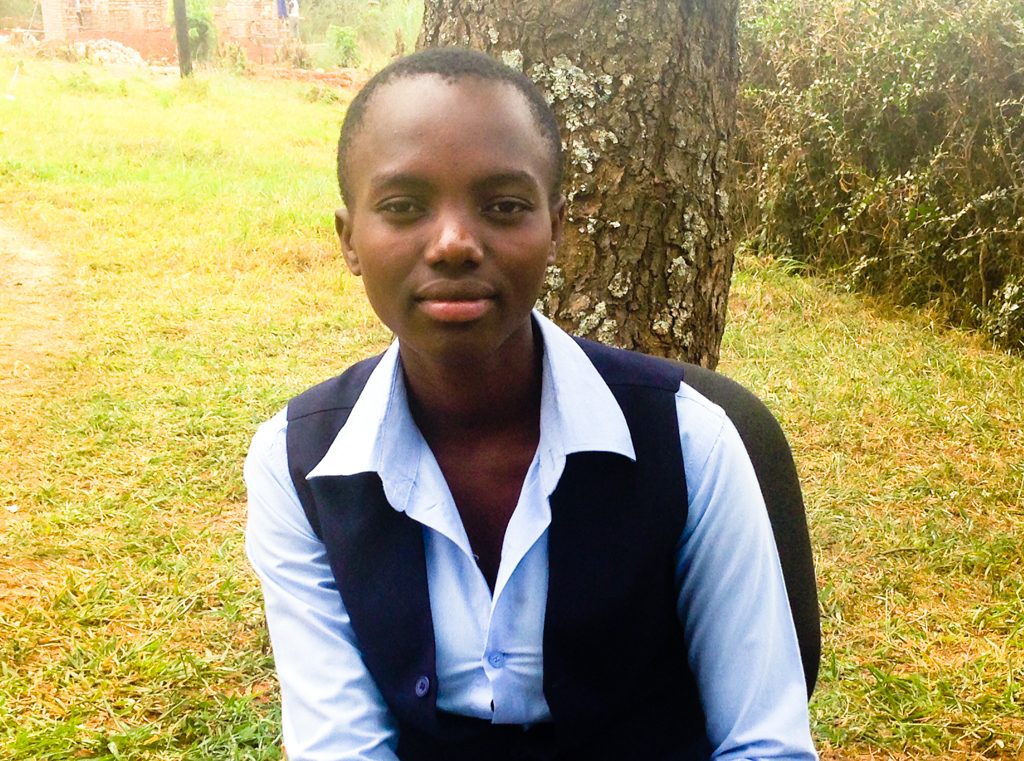 Grace is one of hundreds of thousands who have entered Uganda as a refugee. There are more than half a million refugees and asylum seekers in the country—more than half of them under 18, according to the United Nations High Commissioner for Refugees (UNHCR). In addition to being resettled into a new community, they are also desperately in need of access to education.

All of the refugee settlements have schools near them, which refugees are allowed to register with. This is one of the progressive refugee and asylum policies that Uganda has had in place for a long time. The refugees are given freedom of movement, can attend school, and sit for the national examinations alongside Ugandan nationals.

Grace, the second of three children, has a merit-based scholarship offered by Windle Trust Uganda at Bujubuli Vocational and Secondary School, located outside the Kyaka II Refugee settlement in western Uganda’s Kyegegwa district—where the main language is Rutooro.

With the support of the government and international and local NGOs, the Bujubuli school focuses on the education of the refugee population, though it also attracts local children. 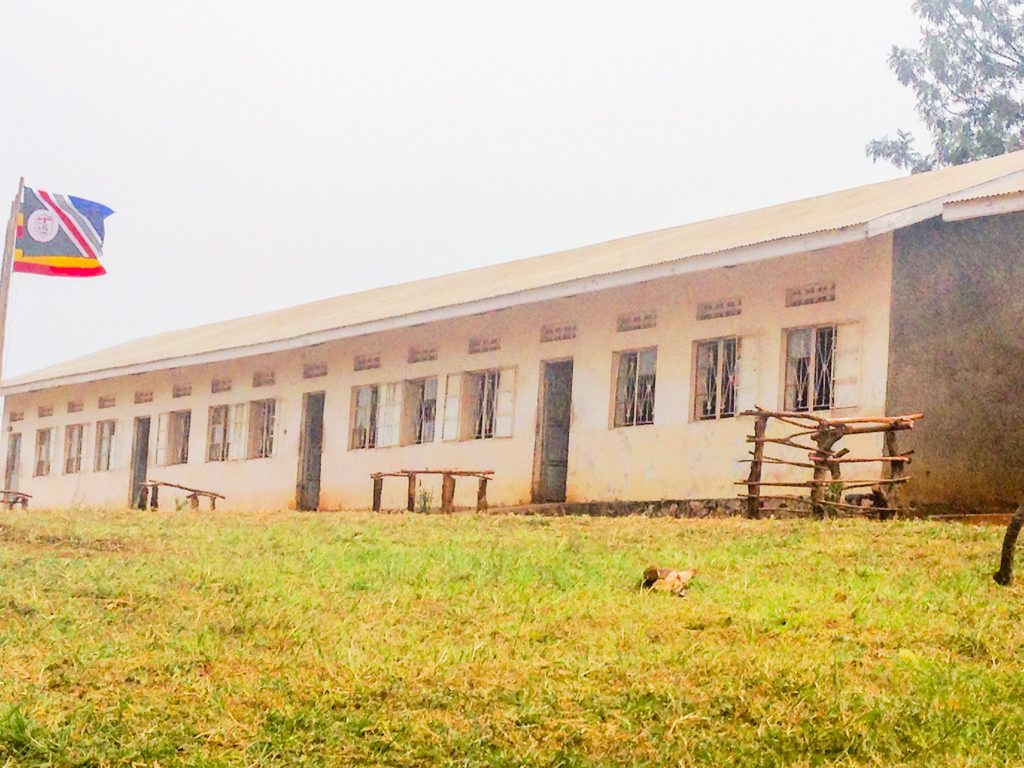 Headmaster Esau Ddungu says that the education systems are similar to the refugees’ countries of origin—the difficulties lie mostly with the language. Refugee students are usually asked to enrol a couple of grades lower (for example, if the student was in grade 9, they’re placed in grade 7) to ease the transition into a different language system, especially if they are coming from a French-­speaking country.

Headmaster Ddungu hires refugees to teach at the school as well.

“It is very difficult to move from your home to a little house in a camp,” he says. “I have a French teacher here, from Rwanda. He was a rich man there. I also used to have a former judge from DRC who also taught French. You can imagine what this is like for them. So we have to offer support to the teachers as well.”

Built by UNHCR in 2004 before being handed over to the community, the Bujubuli school is registered as a private entity and tries to keep the cost of education low. Tuition is about $25 for non­resident students and $62 for those that live in the school’s boarding house. For all students in their second year of high school, a partial scholarship is provided through UNICEF for all registered refugees. 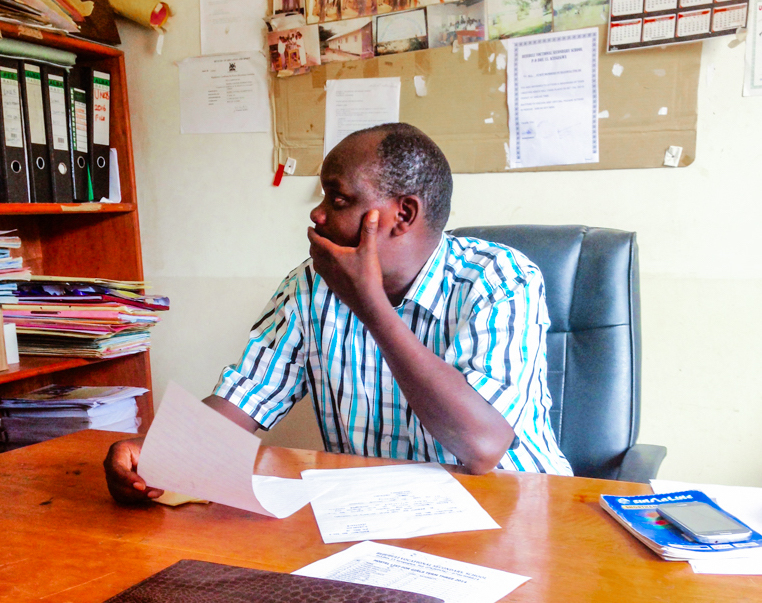 Headmaster Esau Ddungu sits in his office at Bujubuli.

“And the land helps a lot,” says Headmaster Ddungu. “The Office of the Prime Minister gives them some land to cultivate. That’s how most of them get their school fees.”

During the weekends and school holidays, Grace grows food on a piece of land offered by the Uganda Government’s Office of the Prime Minister and sells the produce in the local markets to provide for her family and her siblings’ tuition fees. She also offers interpretation services at the camp’s UNHCR office.

“My father cannot work,” she says. “He is disabled in the shoulder.” When asked about her father’s injury, she quietly says, “effect of war.” 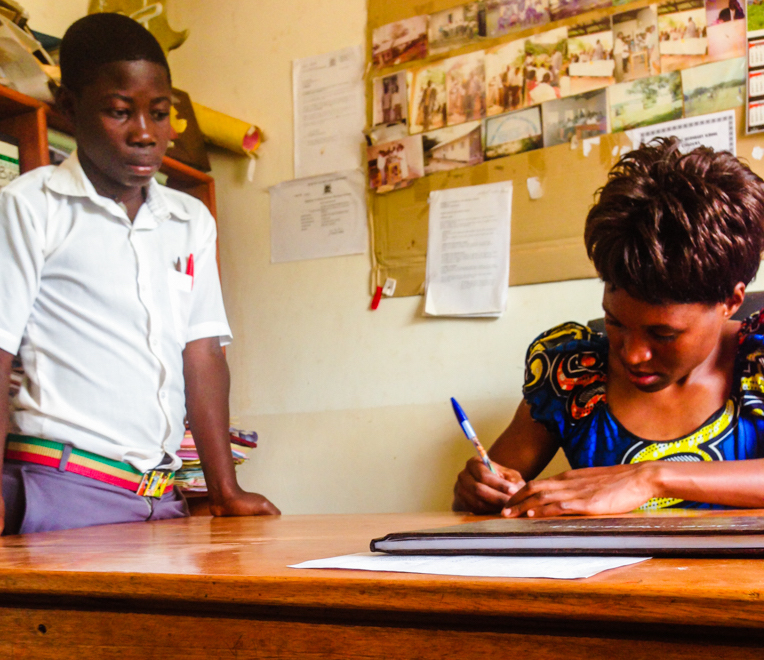 A Bujubuli teacher writes a student a note so he can have lunch, even though his tuition is not paid.

Grace, now in Senior Five, is ambitious and bright. She broke through the language barrier and prospered in school.

“After a year, I had made friends and learnt the language,” she says. “I can now speak Rutooro, Luganda, and Runyankore.” Next year, she will take the exams needed to apply for college.

She wants to become a lawyer and plans to focus on immigration issues. Of course, she is very aware of many of the difficulties that the refugees face. And she is concerned about an increase in the number of refugees coming to the settlement.

Schooling is critical. But Grace worries that there aren’t enough scholarships for the students.

“The Senior One students don’t get any scholarships,” she says. “And they don’t have money.”

Sign the petition: Let’s make sure all refugee children get the future they deserve.