This week, Queen of Katwe will premiere at the Toronto International Film Festival. Starring Lupita Nyong’o, David Oyelowo, and Madina Nalwanga, the film is already garnering some buzz. But did you know that it’s about a ONE member?

That’s right: The film centers around the life of Phiona Mutesi, a chess prodigy from Katwe, Uganda. Like many children in Africa, she comes from poverty—her father and her sister died from complications with AIDS, and her mother worked long hours just to put food on the table. Due to school fees, Phiona had to drop out when she was just 9—but she joined a chess program run by the Sports Outreach Institute. By 2012, she was a three-time junior girls’ champion of Uganda!

Her additional achievements include being selected to represent Africa at the World Chess Olympiad and earning the title of Woman Candidate Master. 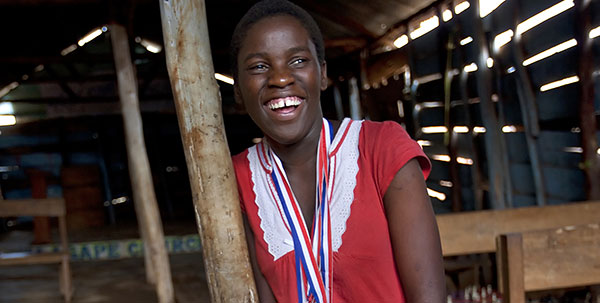 In 2014, Phiona helped us launch the ONE Girls and Women initiative, bringing issues of poverty and gender inequality to life through curated content. Now, at age 20, she’ll be able to see her story on the big screen!