When Esther Kariuki was a young college graduate, she’d walk through Nairobi’s neighboring towns seeking out women’s groups with whom she could discuss nutrition. She’d ask them what they ate and how they prepared it, paying special attention to mothers and pregnant women.

At the time, nutrition was still a relatively foreign concept in Kenya. 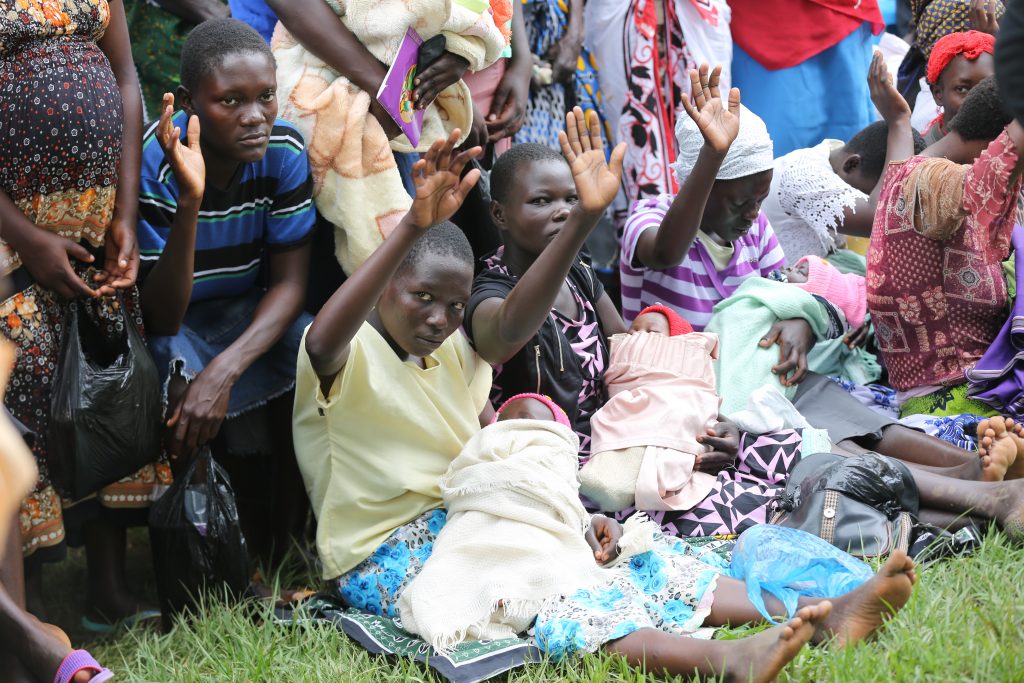 A Mother-to-Mother support group meeting at the Lusheya Health Facility in Kakamega County. MI-Kenya supports the Ministry of Health to use these groups to share key maternal health and nutrition messages.

“I knew I wanted to work in communities and I fell into it by chance,” Esther says. “But I immediately took a liking to it.”

Esther would spend the next years traveling to some of the most remote corners of Kenya seeking out women she could help. She even travelled as far as Turkana, the remote corner of Kenya near the Ethiopian border.

“Just a small adjustment for a rural woman can be the difference between life and death,” Esther says of the women she met in Turkana.

Today, Esther works for Micronutrient Initiative Kenya (MI-Kenya), which supports the Kenyan government on its National Nutrition Action Plan for mothers and children and helps the government to reach more than 3 million children with vitamin supplements. MI-Kenya is supported by USAID, among other donors. 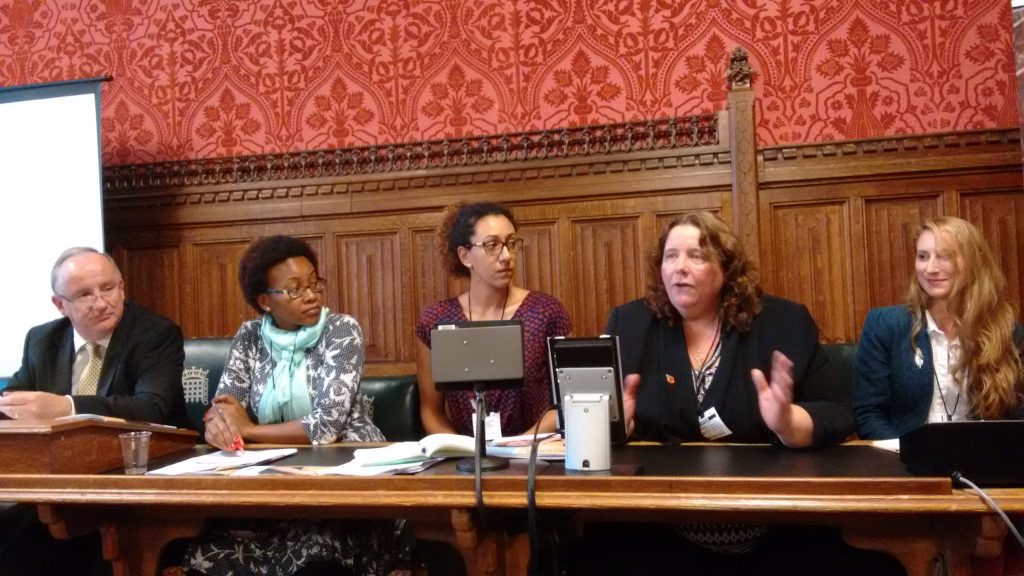 Panelists from Results UK, Concern Worldwide, the University of Westminster, and the SUN Civil Society Network at the launch of the “‘What works for Nutrition? Stories of Success from Vietnam, Uganda, and Kenya” report, chaired by MP Laurence Robertson.

Esther is trying to help eradicate what is often called “hidden hunger”—when people are getting enough food, but not enough nutrient-rich rich foods like meats and vegetables. She says Kenyan diets are often rich in carbohydrates, but lacking in the meat and brightly colored vegetables that provide things like vitamin A, folic acid, and zinc—which is particularly critical for children and pregnant women.

“It’s easy for people to have enough maize flour, but there’s a lack of ability to afford a variety of fruits and vegetables,” says Esther.

In Kenya, more than 80 percent of children younger than 5 don’t get enough vitamin A, contributing to severe stunting. Twenty-four percent of Kenyan women of reproductive age are anemic because they don’t get enough iron, so they are at risk of death during childbirth and having children with a low-birth weight.

This reality hit home for Esther when she gave birth to her second child and had to have an emergency caesarean section, causing her to lose a lot of blood and her iron levels to drop.

“I’m no different from the Turkana women,” she says. “My luck was that I gave birth in a good hospital that could act quickly. A woman who gave birth at home would have surely died.”

Because of the work of people and organizations like Esther and MI-Kenya, the chances of women dying due to micronutrient deficiencies in Kenya is decreasing. 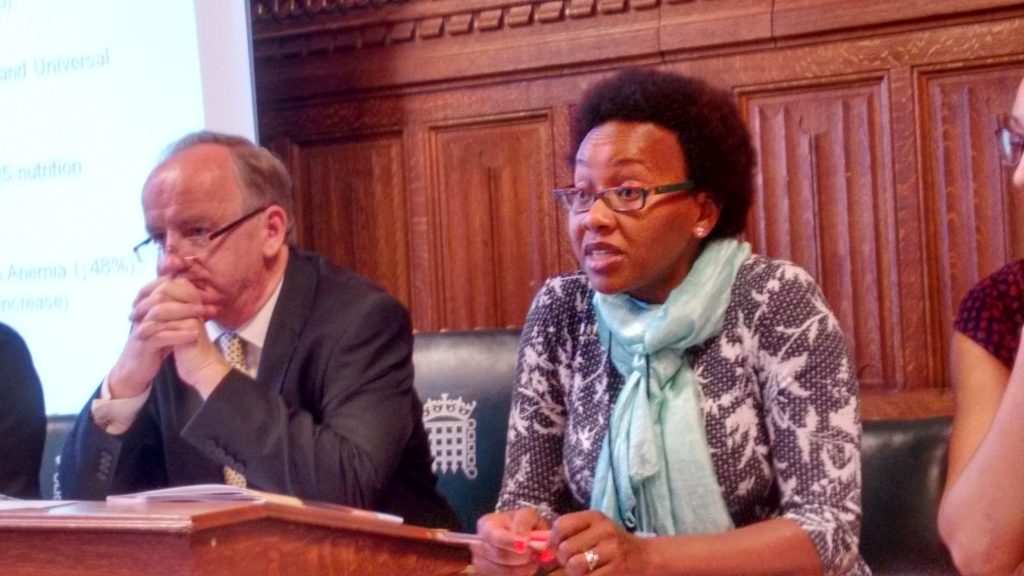 Esther Kariuki and MP Laurence Robertson at the “‘What works for Nutrition? Stories of Success from Vietnam, Uganda, and Kenya” report launch.

They are training health care workers to distribute supplements from local health clinics and are running radio and television campaigns about the importance of proper nutrition. They’re also emphasizing the importance of engaging men in women’s health.

“The person you need to influence is the husband. They’re the ones who finance them, who give them permission, who support them. We had to find ways of engaging the men,” Esther says.

“You realize how very simple messages and basic nutrition can make a huge difference in an individual’s life for years to come.”

Learn more about MI-Kenya, then join ONE to help fight poverty and preventable disease.