By Leila Chambers, Founder and Executive Director at Flying Kites

When I first met Eunice in 2004, I was struck by her toughness. She was this tiny little thing—probably no more than 4 years old—living in an orphanage on the outskirts of Nairobi with over 200 other kids. I have vivid memories of her sitting in a small plastic chair, eating a bowl of rice and cabbage and teasing a group of bigger boys. I can’t describe it; she just had this incredible grit. She was unfeasibly cool.

While it seemed like not much fazed Eunice, she couldn’t have known then how badly she’d fared in the infamous birth lottery. With no stable source of education, her older siblings were already on and off the streets. In some of Nairobi’s poorest slums, almost 80 of every 1,000 kids will die before turning five. In sub-Saharan Africa, 10 million students drop out of primary school each year. As I said, Eunice was a tough kid, but those were some pretty challenging obstacles for someone who is three-feet-high.

While the geography of Eunice’s birth was tricky, the timing of it was maybe less so. I started my career in development at a really exciting time —the conversation was shifting dramatically. Gone were the days of charities using images of sad, desolate “orphans” to generate pity and support; donors wanted to talk about outcomes, sustainability and about potential. Finally, this was a framework whereby kids in the poorest parts of the world could thrive, and not simply survive. 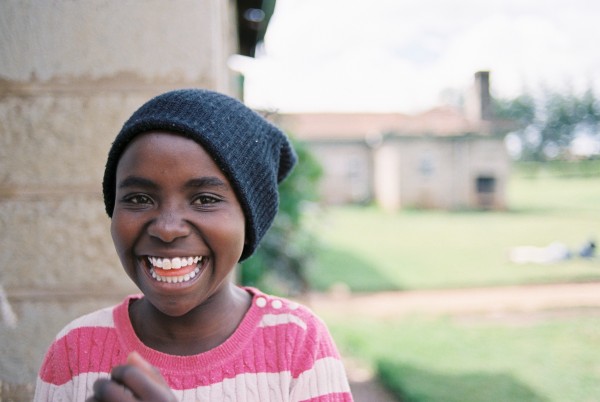 At Flying Kites, our mission to provide a transformative education to vulnerable students was shaped by the time our team spent with Eunice and her friends, and by the gifts we recognized in them: resilience, compassion and possibility. Today, at 15, as a student at Flying Kites, Eunice is pulling herself out of poverty, everyday.  She’s still seriously cool, and on top of that, she’s confident and motivated in a way that would give you goosebumps.

Thanks to the support of our donors, teachers and social workers, Eunice receives access to not only a competitive education, but life skills workshops that focus on IT and financial training, reproductive health, and stress management. The other day she came home wanting to talk about “personal branding.”

We have a chance to help more kids like Eunice in a way that fundamentally changes the landscape of poverty. Girls who receive seven years of schooling marry an average of four years later and have 2.2 fewer children. When 10 percent more girls go to school, a country’s GDP increases on average by 3 percent. All of this is to say that when poor kids are given a chance to fight their own way out of poverty, they will.  They are, at Flying Kites. 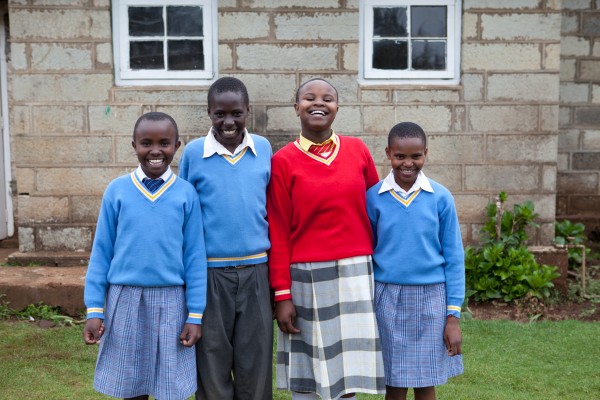 Over the last two years, our primary school has been consistently rated amongst the top-performing schools in the district and our students learn in a holistic, nurturing environment that prioritizes not just academic excellence, but also creativity, critical thinking, and community service.  Looking at our classes, you would never guess that our student body is compromised of some of the country’s most urgent cases: orphaned, abandoned, abused, homeless, critically-poor kids who are none of those things when they put on a school uniform.

Head over to flyingkites.org to learn about our plans to double the size of our impact and join Team Eunice!

Empowering girls and women in the poorest countries is crucial to our goal of ending extreme poverty—read more and take action at ONE’s Poverty is Sexist page.