The 1,000 Days movement is a response to recent food crises and new research on the economic and social costs of childhood hunger. It’s focused on providing proper nutrition during the first 1,000 days of children’s lives, beginning with their mother’s pregnancy. Proper nutrition during these days can heavily influence an individual’s ability to grow, learn, and work. In his new book, The First 1,000 Days: A Crucial Time for Mothers and Children – And the World, author Roger Thurow takes readers into the lives of families in four corners of the world—Uganda, India, Guatemala, and the United States—in order to show the science, economics, and politics of malnutrition.

Read the first two pages now, only on ONE.org:

“Your child can achieve great things.”

Two young women on opposite sides of the world—one in northern Uganda, one on the South Side of Chicago—heard these words and dearly hoped they could be true. Both were pregnant, ﬁve months or so, and anxious about doing their best for their ﬁrst child. But greatness? It was an audacious thought, given their surroundings. Esther Okwir, a tall, lithe twenty-year-old, was fresh from the ﬁelds of her family’s small farm in the bush outside the Ugandan town of Lira, where mere survival was a lofty achievement in a harsh climate for both agriculture and peace. Jessica Saldana, an athletic, scholarly teenager, was preparing to begin her junior year at one of Chicago’s lowest-achieving high schools in an impoverished, worn-out neighborhood that too often, for too many kids, had proved to be a dead-end for ambition.

Esther’s imagination soared as she sat on the concrete ﬂoor of a veranda stretching beyond the maternity ward of the local health post. She was joined by three dozen other moms-to-be and new moms. They crowded together under a tin awning, seeking refuge from a relentless noonday sun that pushed the temperature toward 100. Esther, barefoot, had walked a mile along the dirt road from her home to be there. She was grateful for the rest, the shade, the occasional puff of wind. Most of all, she was grateful for the lesson that began to unfold: a primer on maternal and infant health care. 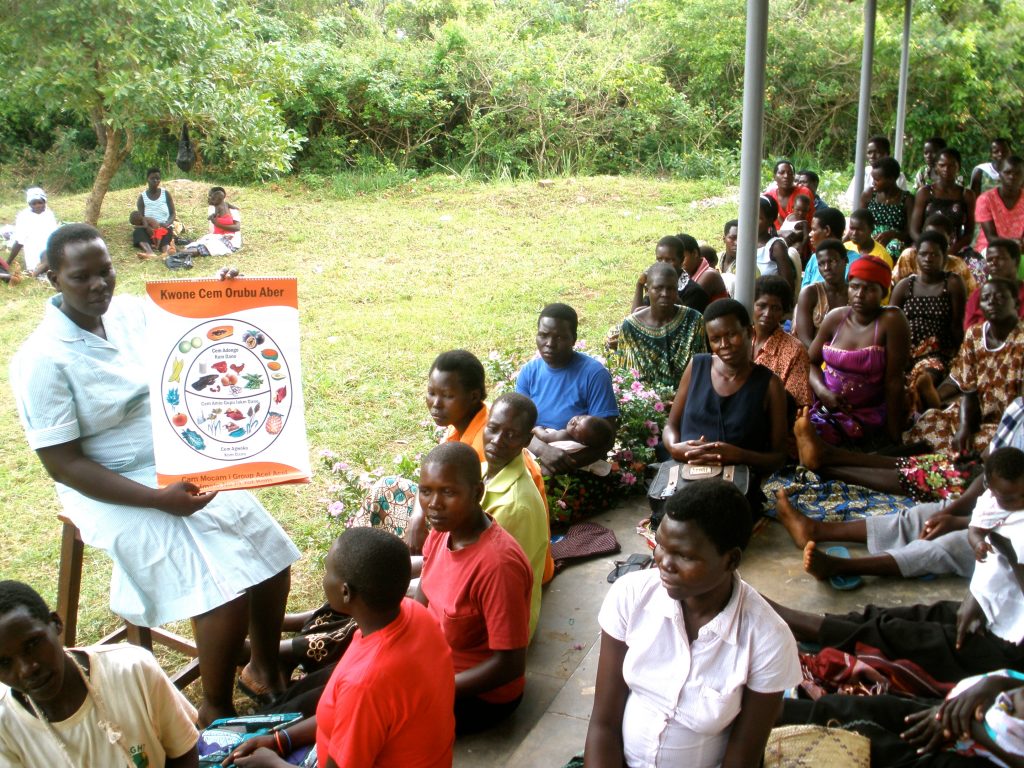 “Your child can achieve great things,” midwife Susan Ejang tells a gathering of new moms and moms-to-be at a clinic near Lira, Uganda. She is leading a nutrition class. Esther, pregnant at the time, is in the front row, wearing an orange shirt, three women to Susan’s left. (Photo credit: Anne Thurow/The Chicago Council on Global Affairs)

“This time is very important to you as mothers and to your children,” began Susan Ejang, the midwife at the clinic and a mom herself. Despite the heat, she had wrapped herself in a white lab coat, believing it added authority to her words. “The time of your pregnancy and the ﬁrst two years of your child’s life will determine the health of your child, the ability to learn in school, to perform at a future job. This is the time the brain grows most.” This time, Susan told the moms, is precious and ﬂeeting, “just 1,000 days from the beginning of your pregnancy to your child’s second birthday.”

Susan knew what was at stake, for it is in these 1,000 days when stunting, mentally or physically or both, begins. In the second decade of the twenty-ﬁrst century, one of every four children under the age of ﬁve in the world was stunted—about 170 million children in total, according to the World Health Organization. That astonishing number included more than 2 million children in Uganda. A child who is severely stunted is sentenced to a life of underachievement: diminished performance in school, lower productivity and wages in the workplace, more health problems throughout life, and a greater propensity for chronic illnesses such as diabetes and heart disease as an adult. And that life sentence is most often rendered by the time a child is two. For stunting is largely the result of a debilitating mix of poor nutrition, unclean environments, and lack of caregiver stimulation during the 1,000 days. 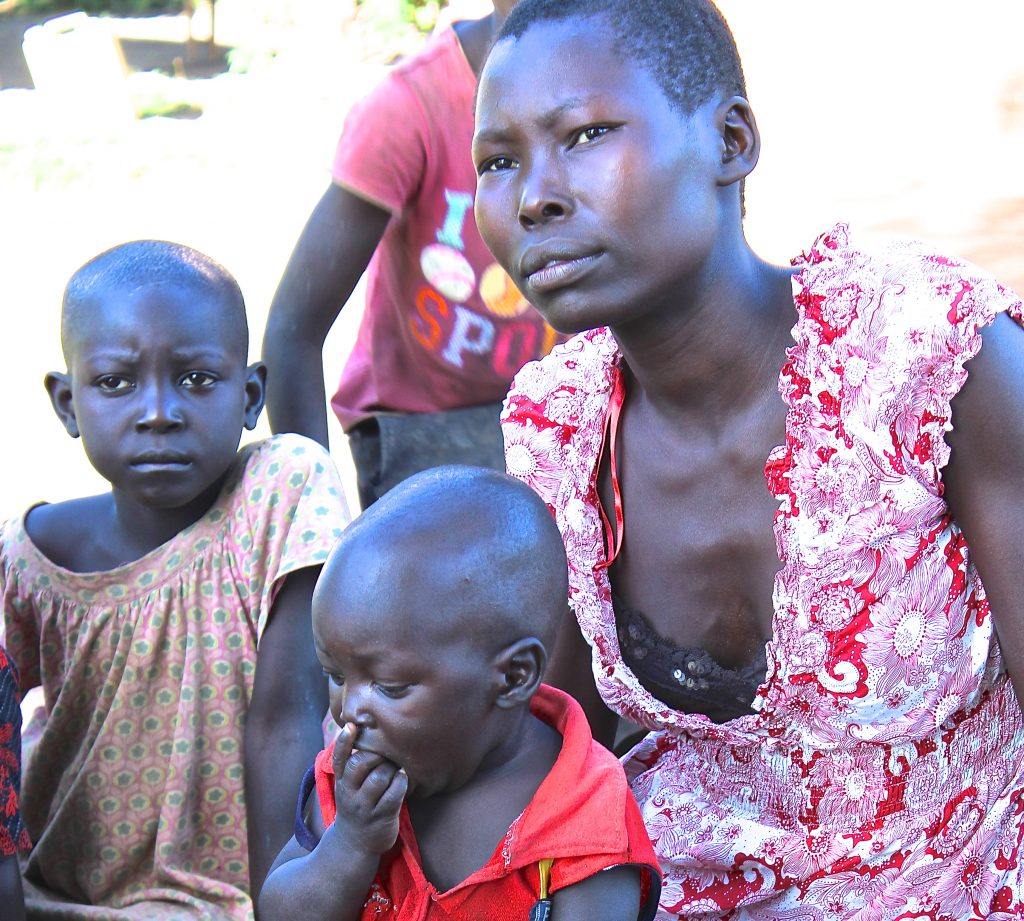 So Susan hammered home her messages. Get good rest, she insisted. Don’t stress. Get the required vaccinations for you and your child. Boil your drinking water. Wash your hands after every visit to the toilet. Cover your food to keep the ﬂies away and to keep the parasites and bacteria out of your body. Sleep under mosquito bed nets to ward off malaria. Come to the clinic to deliver the baby. Breastfeed for at least six months. Don’t even think about getting pregnant again for two years; you must focus on this child.

Esther and the women savored every morsel of advice—new and profound for them—and murmured agreement. “Yes, yes,” they promised.

Want to keep reading? The First 1,000 Days: A Crucial Time for Mothers and Children – And the World, is available now. Author Roger Thurow is an expert on agricultural development and a Senior Fellow (Global Food and Agriculture) at The Chicago Council on Global Affairs.