This post by Rick Steketee is from PATH Blog: Stories of Innovation and Impact.

As a scientist who has worked in malaria for more than 30 years, I can truthfully say the numbers are dramatic. Two years ago along the Lake Kariba districts in Zambia’s Southern Province, one in three children was infected with malaria. In some areas, every other person carried the parasite. Those numbers just dropped by 87 percent. In some villages, there is no sign of the disease at all. 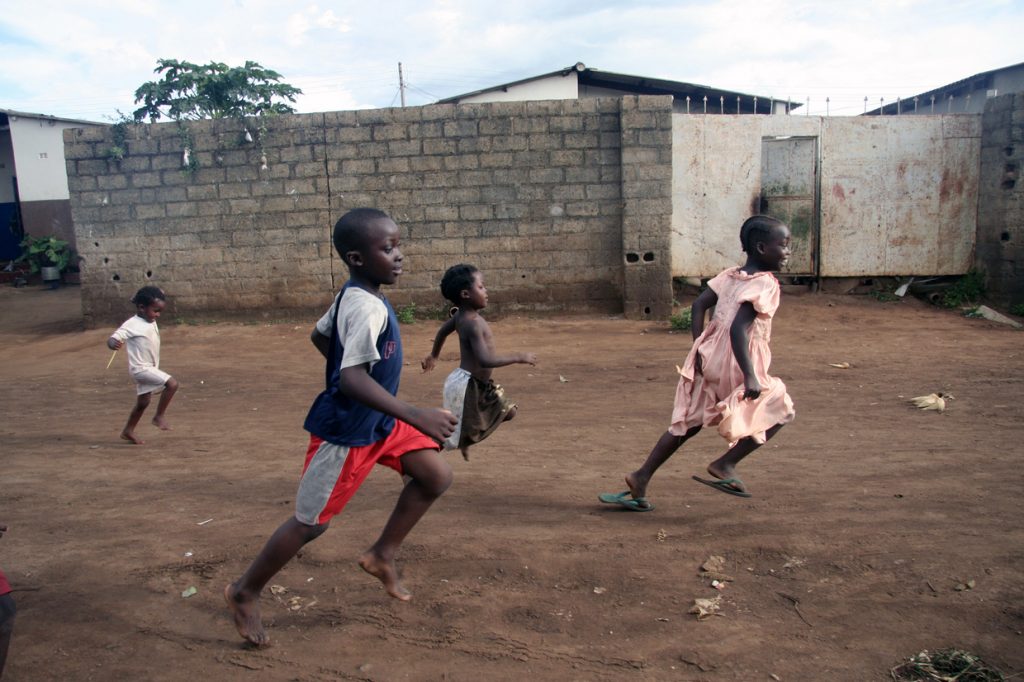 Thanks to the result of malaria elimination efforts, there are some villages in the Southern Province of Zambia with no sign of the disease. Photo: PATH/David Jacobs.

This achievement is the result of an extraordinary partnership with the country of Zambia and an approach to malaria elimination that relies on trust. Called mass drug administration (MDA) by scientists and public health professionals, the approach was abandoned about 25 years ago. With it went the World Health Organization’s attempt to eliminate malaria in sub-Saharan Africa.

Now elimination is back on the agenda, and it appears MDA could be an important accelerator for achieving the cause after all.

To understand MDA you need to understand that malaria is the result of an intimate relationship between humans and mosquitoes. In other words, it’s a two-way street: people are as guilty of passing the malaria parasite to mosquitoes as they are to us. 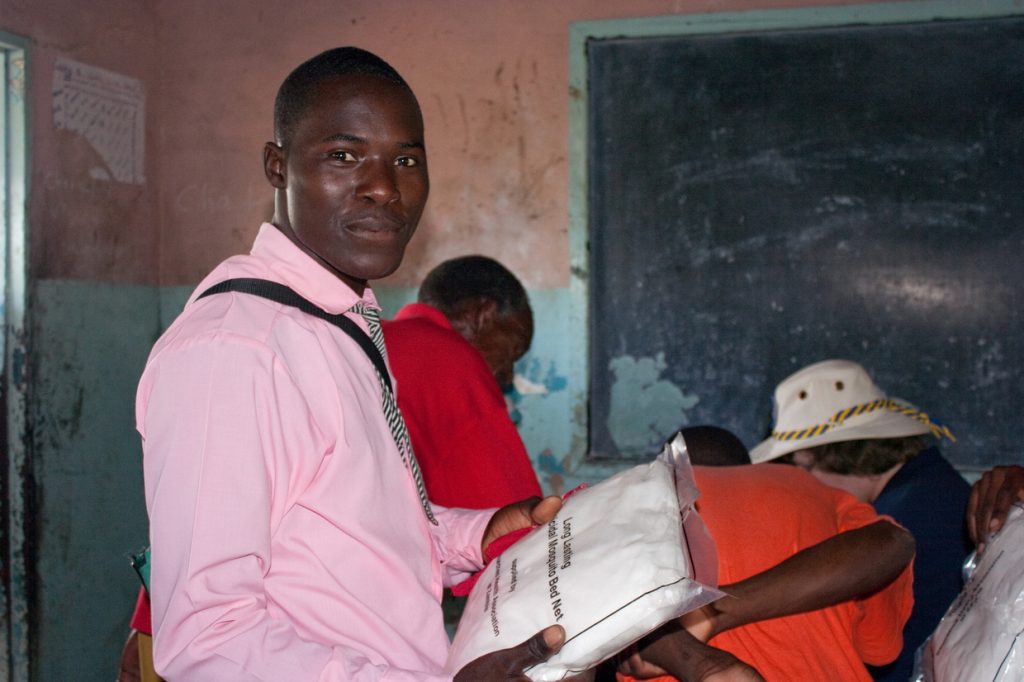 To protect people, scientists have shortened the lives of mosquitoes with such tools as insecticide-treated bednets and indoor residual spraying. Now we must try to clear the malaria parasites from people so they don’t infect the remaining mosquitoes. 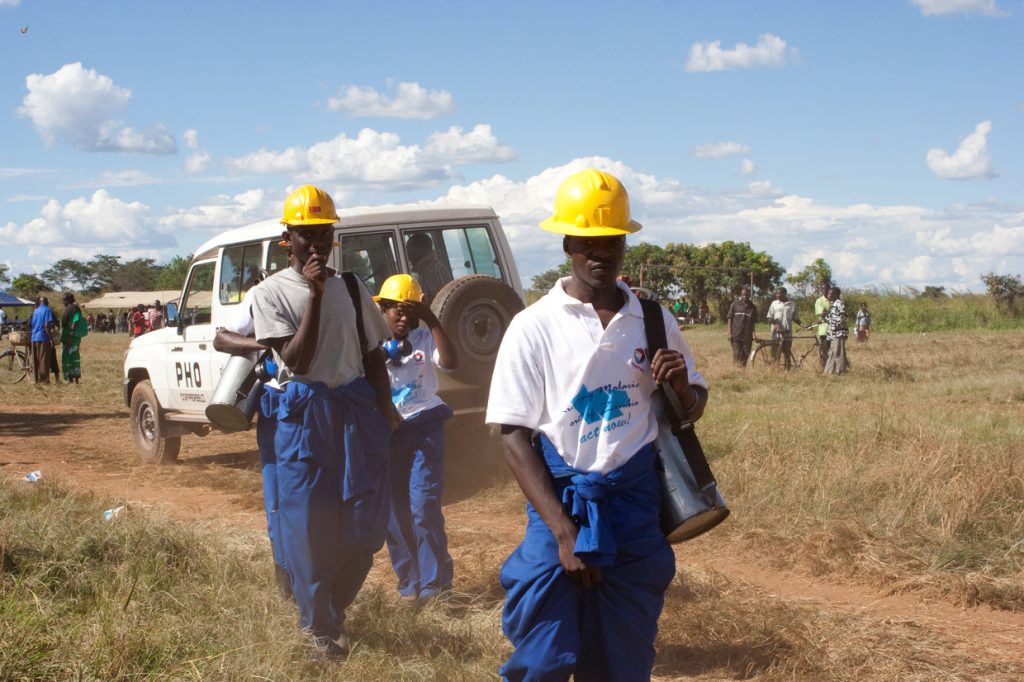 These workers are outfitted for indoor residual spraying, another intervention aimed at controlling the transmission of the malaria parasite. Photo: PATH/Gena Morgan.

The problem with being asymptomatic

Zambia’s Ministry of Health invited PATH to partner in their fight against malaria a decade ago. Together we witnessed a near ten-fold reduction in malaria rates in Zambia’s Southern Province using the best existing methods for malaria prevention and control.

But getting to zero means reaching the people who carry the infection without knowing they have it—they can carry two-thirds or more of all the infections. MDA involves treating everyone in a large area in the course of one month and a second round a month later. The idea is to rid people of the infection and protect mosquitoes from malaria-carrying humans.

So beginning in 2014, PATH’s Malaria Control and Elimination Partnership in Africa project (MACEPA) supported Zambia for a randomized controlled trial of MDA in Southern Province. By treating everyone in the designated trial villages, whether or not they had symptoms, we hoped to interrupt the cycle of transmission.

The power of trust

The MDA trial was huge, involving 60 health facility catchment areas with some 300,000 people. It required the dedication and coordination of thousands of health care workers and volunteers to treat so many people over the course of two months. 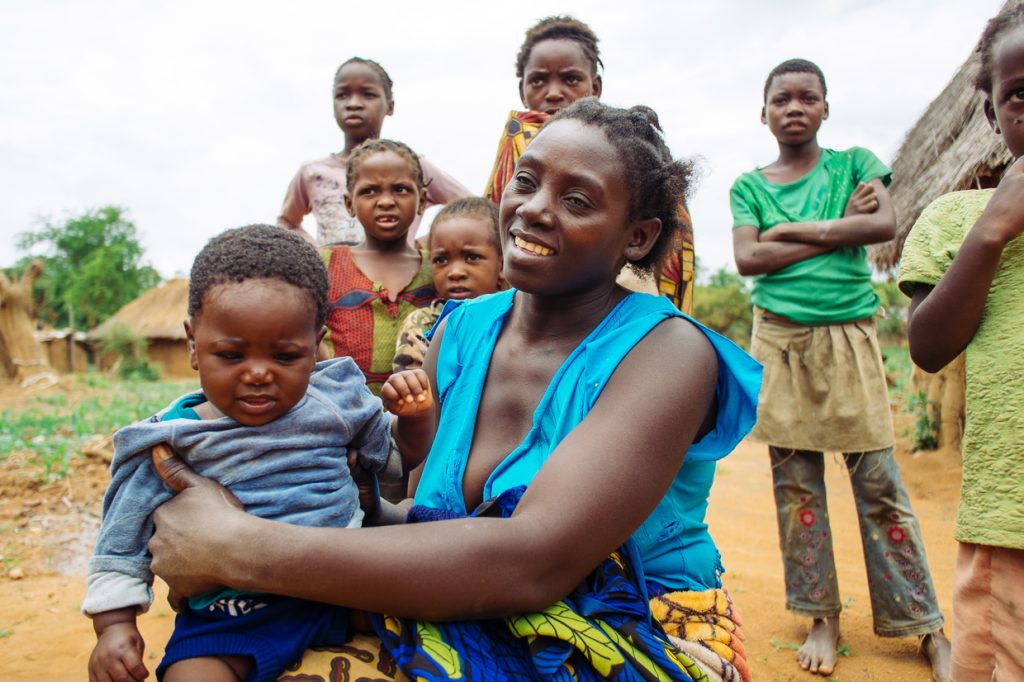 Strong partnerships and community building were instrumental in ensuring the participation of nearly 99 percent of individuals in the trial area. Photo: PATH/Gabe Bienczycki.

During earlier attempts at MDA, campaigns were designed and coordinated by experts from outside of the countries themselves. There was no plan for maintaining the low malaria levels that were achieved, so the parasite came bounding back.

More profound than giving a man the proverbial fish or even teaching him a skill is working side-by-side to jointly solve a complex problem. That’s what our partnership is all about. The Zambians we worked with, for example, knew far better than we how to engage with their communities. As a result, nearly 99 percent of individuals in the trial area participated. That’s the power of trust. 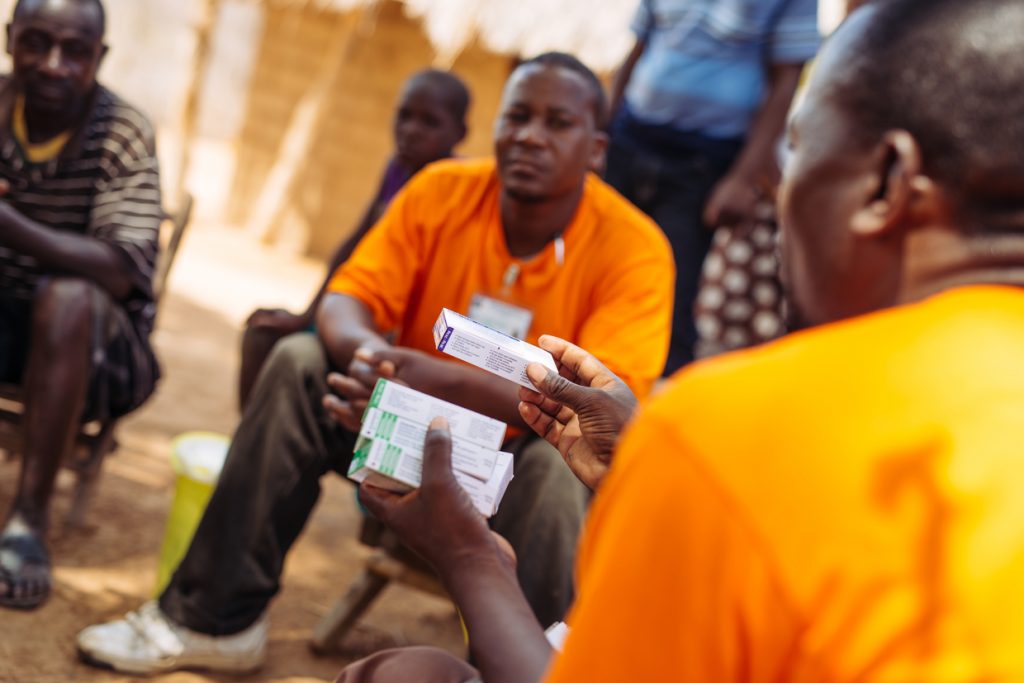 The first round of MDA during our research trial treated more than 100,000 people over the course of one month. We anticipate the number treated in each of our next rounds to reach 250,000 people or more. Photo: PATH/Gabe Bienczycki.

The results to date are from the first year of the two-year trial, and we have more to learn. But with these preliminary results, Zambia has decided that the combination of MDA and high coverage of bednets, indoor spraying, and surveillance is the path forward. Next month, we will work together again to roll out MDA to the remaining population of Southern Province in need of this strategy, with the ultimate goal of taking it nationwide.

MDA is an enormous effort, but it is time limited and the investment pays off quickly. There is palpable excitement in Zambia right now. I’ve heard people in villages say, “You took our malaria away. Thank you.”

This animated map of Zambia’s Southern Province shows how malaria cases have dropped by 87 percent (red to green) during the last two years. GIF: PATH.

We saw the greatest impact in the areas we expected—where malaria prevalence is already low, but needed a push to get to the level where local health systems can contain it. The challenge now is to break the barrier that foiled elimination 50 years ago: to get from very low to zero.

MDA is a strategic, time-limited approach that must be part of a package that includes mosquito control, ready access to testing and treatment, strong information systems, and active surveillance. These other elements need to be in place before, during, and after the campaign.

To build on the dramatic reduction, health workers in the trial areas are doubling down on surveillance, investigating every possible case of malaria, and ensuring that everyone around positive cases is treated to contain any outbreaks. This will be easier now that cases are clustered in households and small neighborhoods.

The gift of people 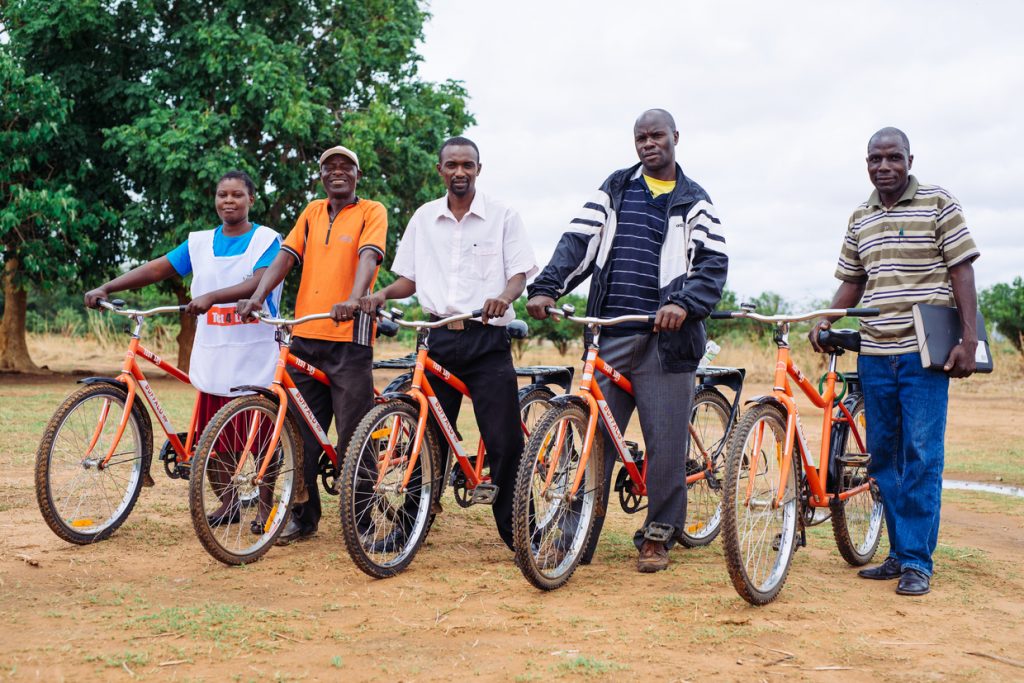 There are many people involved in the fight against malaria. Pictured here are members of a neighborhood health committee who get rid of standing water, distribute bednets, and track down people who have been exposed to the disease when the increasingly rare case arises. Photo: PATH/Gabe Bienczycki.

PATH is indeed fortunate. We partner with more than a dozen countries working to end malaria. In Senegal and Ethiopia we tested variations of population-wide strategies for their particular malaria transmission settings. Our goal is to create a package of interventions that can be adopted and adapted across different geographies.

As the former head of the US Centers for Disease Control’s malaria program, I’ve been deeply involved in the science of this disease. In the end, though, it’s the people who matter most, those you work with and those you’re working for, who are ultimately the same. There are stars in this work—the leadership in Zambia’s Ministry of Health all the way down to district levels and the dedication of the local community health workers. But ultimately it takes many, many people to make a difference. Being welcomed as a partner in this fight has been a gift for which we at PATH are truly grateful.

Rick Steketee is the project director of the Malaria Control and Elimination Partnership at PATH.

Join ONE today to help fight poverty and preventable diseases like malaria.