My colleagues from the ONE Canada office and I are joining the Global Climate Strike.

Today, our social media will focus exclusively on the threat of climate change, and particularly how it affects the world’s poorest and most vulnerable people. Next Friday the 27th, we will join thousands in climate marches in Ottawa and Montreal. 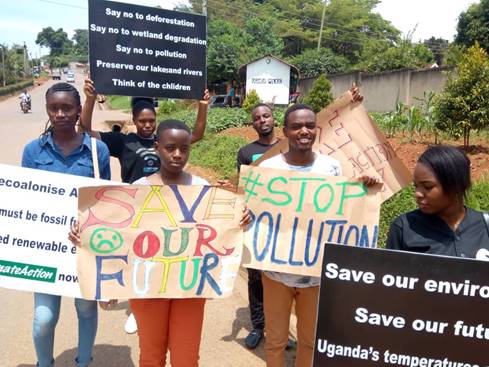 We cannot end poverty without addressing climate change! This is why we’re joining students in Uganda (pictured) and all over the world in solidarity! Source: Earth Day Network

Why are we doing this?

Let’s start with a personal confession: I’ve never really been an environmentalist. I never cared about trees, the oceans or animals as much as I care about humans and humanity. My appreciation for nature is centered on us: we need it to survive and thrive. Until a few months ago, the environment was an issue I cared about and considered important, but it wasn’t my issue.

My cause has always been fighting extreme poverty and the dire levels of inequality between rich and poor countries. Working at ONE, I am extremely lucky, since fighting for this cause is my actual job.

I always imagined that, at the end of my life, sitting by the fire with my grandchildren, the world would be a better place than when I was born. The number of children dying before age 5 has been reduced by half over the past two decades. We could see AIDS and even malaria eradicated in our lifetime. Things are getting better, even if slowly and unevenly.

But, a few months ago, I came to a dire realization: the world could be a much worse place in a few decades, and the main reason is climate change.

Prevented by a sort of optimistic denial, I had not until recently fully absorbed the two following facts.

1. Climate change will not happen in an abstract long-term future.

If countries respect the commitments they made so far—which is far from certain—Earth’s temperature will increase by 3°C by the end of this century. The potential sea-level rises from this warming could flood areas where 275 million people currently live. Miami and Shanghai would essentially disappear. People from my generation will certainly see the impacts of climate change start to unfold. Unless we radically change course now, our children and grandchildren will be right in the eye of the storm, metaphorically and literally.

2. There is no greater threat to ending extreme poverty than climate change.

Without significant investments in poverty reduction and climate change adaptation, the short-term effects of climate change could force 100 million additional people into extreme poverty by 2030. That’s compared to 780 million people living under $1.90 a day right now. In part because of its impact on agriculture, climate change will increase malnutrition and by 2030, an additional 7.5 million children could suffer from stunted growth as a result. This is the estimated impact of warming that is already “baked-in”, i.e. basically too late to do anything about. Things could get much worse. Warming of 2-3°C could put an additional 150 million people at risk for malaria. 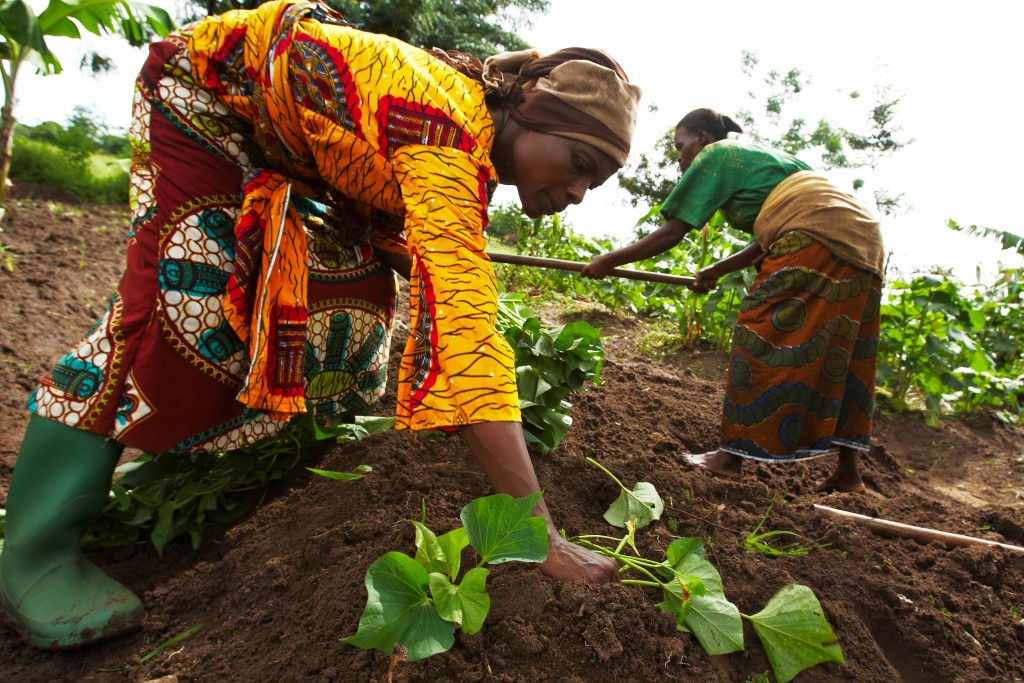 While these two facts made me realize the importance of climate, there is also a fundamental issue of injustice and inequality. Africa is the continent that contributes the least to global carbon emissions (only 4%!), but is the most at risk from global warming.

In fact, one Canadian emits 280 times more CO2 on an annual basis than someone living in Chad.

To put it bluntly, rich countries polluted their way to prosperity, and poor countries will suffer the most. The moral imperative could not be clearer. We must not only do everything we can to stop things from getting worse but help the most vulnerable countries adapt to the new reality of a much warmer climate.

This is when climate change and development become closely intertwined. Developed countries’ support to developing countries for climate change mitigation and adaptation comes from foreign aid budgets. At the 2009 COP15 in Copenhagen, developed countries agreed to mobilize US$100 billion a year in climate finance by 2020 for developing countries. We’re about three-quarters on the way to reaching that goal now.

Fighting extreme poverty also reduces the impact of climate change if it is done in a way that help countries develop carbon neutral economies. Africa is most at risk from climate change in parts because of geography, but also because too many people on the continent still don’t have access to basic health care and are dependent on subsistence agriculture. Eliminating malaria becomes even more urgent when a warming climate could increase its geographic reach.

Canada committed to deliver CAD$800 million annually in international climate finance by 2020/21, which is less than half our fair share of the US$100 billion target. Doing our part will be impossible without a substantial increase in our aid budget that is currently well below what our peers spend.

For all these reasons and more, we’re marching next Friday, September 27. There is still time to act and avoid the worst. As Greta Thunberg said “Activism works”. At ONE, we know that to be true. See you in the streets!

Join us for the Climate Strike in Ottawa or Montreal. If you’re not in either of these cities, join a local strike near you! View the full list here.