2019 is coming to an end and it’s the perfect time for us to look back at how ONE volunteers across Canada made their voices heard.

They delivered letters to MPs

Following the public pre-budget consultations in the fall of 2018, our volunteers continued to send the message to the Finance Committee that Canada needs to do more in the fight against extreme poverty and preventable disease. From WESTERN TOWN to EASTERN TOWN, ONE volunteers delivered 36 letters to their members of parliament. Thanks to this cross-country support, Canada’s Finance Committee recommended that Canada substantially increase its international assistance budget.

Thank you @DrRobbieO for meeting with our member Richard and receiving his letter! We need Canada to do its fair share in #InternationalDevelopment #CanadianAid #ODA pic.twitter.com/uozcwBlhk9

Our member Sarah in Kitchener-Waterloo delivered a letter to her MP @BardishKW today, asking her to talk about #InternationalDevelopment at the next caucus meeting and getting Canada to contribute its fair share. #CanadianAid #ODA pic.twitter.com/1jKpM83cJh

They stepped up for the Global Fund to fight AIDS, TB and malaria

This year, the Global Fund to Fight AIDS, TB and Malaria needed all donor countries to step up and increase their pledge because 16 million lives are at stake. Canadians everywhere knew the importance the Global Fund plays in the fight to end these three preventable diseases. They showed their support by sending thousands of postcards to the Minister of International Development, sending 1200 emails the Prime Minister and rallying with AIDS organizations, medical experts and LGBTQ community during Pride in Montreal to call on the government to end AIDS at home and everywhere.

The result: Canada stepped up and pledged C$930 million to support the Global Fund. And we were there to celebrate! This incredible support from Canada can help save 790,000 lives and in total, the total of US$14 billion in pledges will help save 16 million lives globally.

They honed their skills

We took advantage of the summer to host advocacy seminars and workshops across Canada. In Vancouver, Ottawa, Toronto and Montreal, we shared ideas with ONE supporters on how to form a team of advocates in their communities, how to take high impact actions and how to build influential relationships with our elected officials. 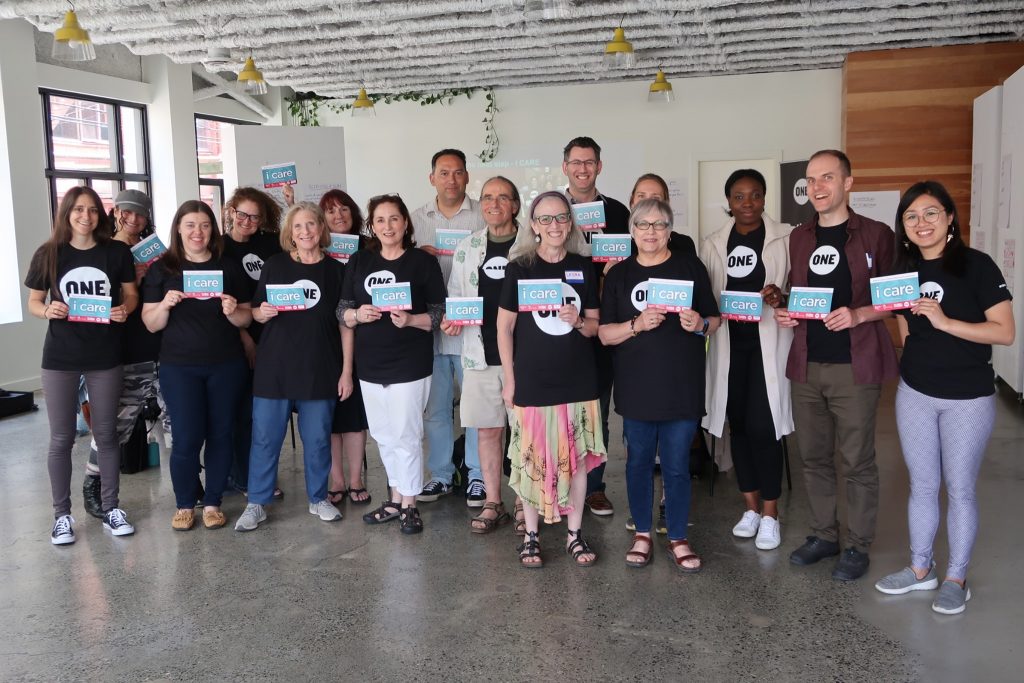 We kick started the I Care postcards campaign in Vancouver at our very first workshop. 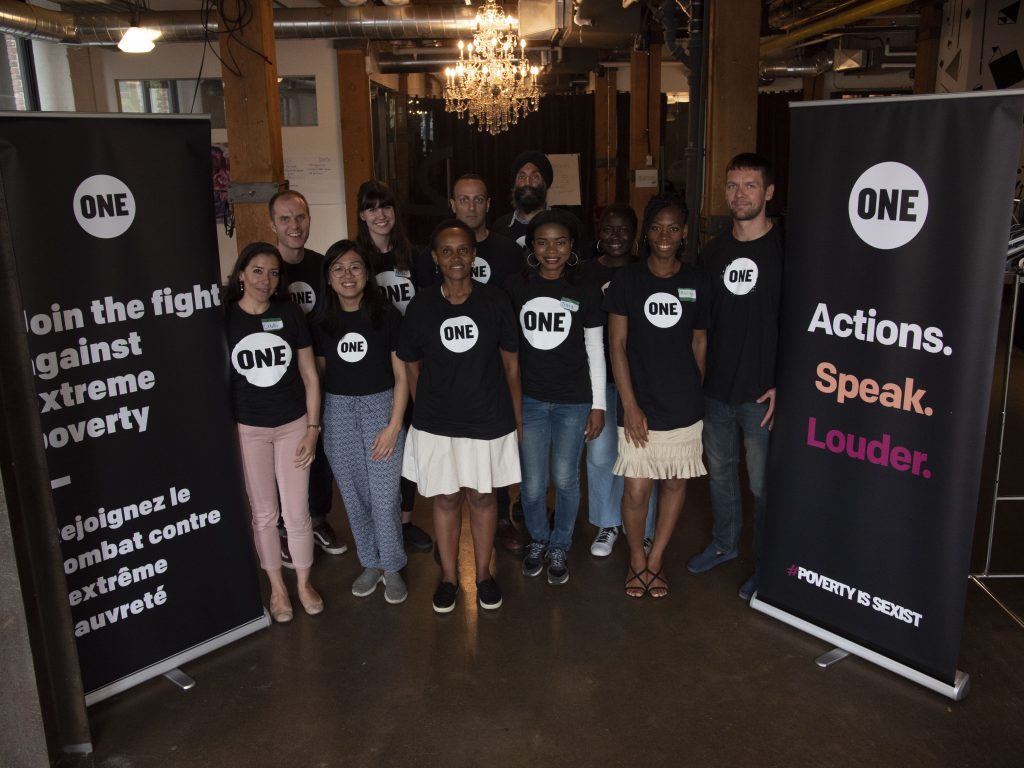 We took time during our Toronto workshop to write emails to the local MPs on our phones. 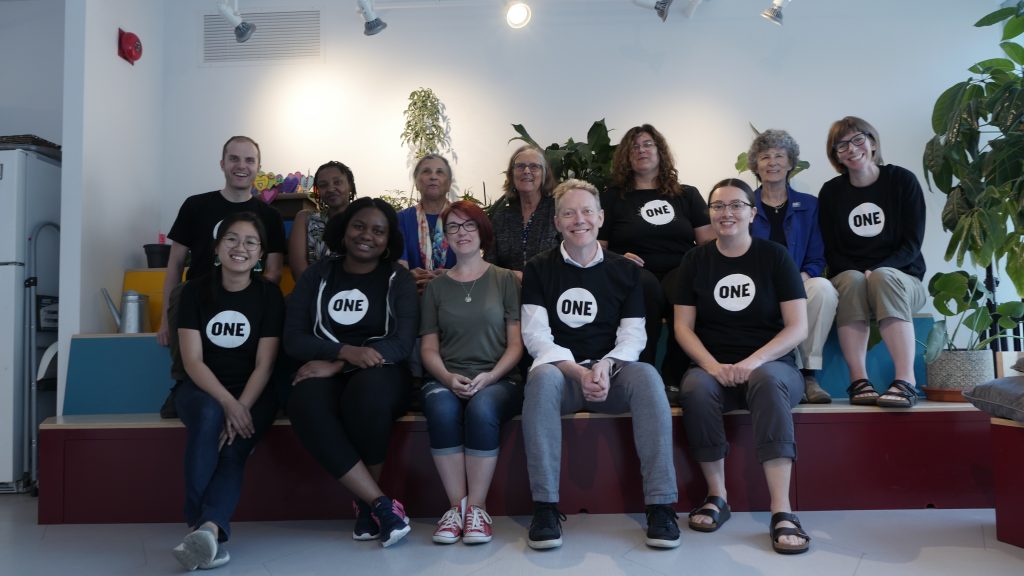 It was great to welcome our Ottawa volunteers in our office space during the workshop! 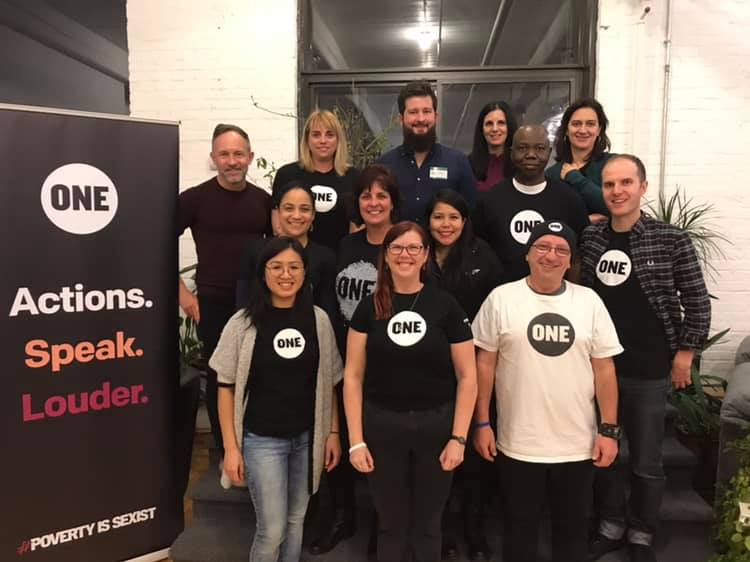 And finally, the last workshop we held was in Montreal. It also happened to be International Volunteer Day so it was really meaningful to spend that time with our volunteers.

They told the Prime Minister they care

Many Canadians don’t know this but Canada is below average when it comes to our contribution to international assistance. That’s why we’ve teamed up with the Canadian Foodgrains Bank, Engineers without Borders, Results Canada and Global Citizen to change that by showing that Canadians care about our country’s leadership in ending global poverty. So this summer, ONE volunteers showed up at festivals in their communities to amplify this message. Whether it was at a soccer festival in Vancouver, an MP’s BBQ in Surrey, or a community festival in Toronto, Canadians everywhere are saying they care by signing postcards to the Prime Minister. Over 25,000 postcards have reached the Prime Minister’s office and many more are coming in!

We were at Vancouver International Soccer Festival…

At @vansoccerfest last Sat, we met so many Canadians who care about ending #poverty globally & showed their support by signing a postcard calling on Canada to play a key role in making the world a better place. @Foodgrains @GlblCtznCAN @ewb @ResultsCda https://t.co/kM7HCpuPMa pic.twitter.com/ZHaTuOVzVO

We had a wonderful time at the #SJTFest2019 on Saturday. Big thanks to everyone who chatted with us and signed postcards to @JustinTrudeau. Let's keep it up! #MoreCanada pic.twitter.com/QpgIuGyda9

…and there are many more Canadians signing postcards online or hosting their letter-writing parties outside of community events.

Canadians continue to voice their support for a more generous Canada! More and more I care postcards are signed and sent to the Prime Minister! #MoreCanada @Foodgrains @ewb @ResultsCda @GlblCtznCAN

We’re only days away from a new decade. We still have a lot of work to do in the fight against extreme poverty but with this level of energy from our volunteers across Canada, we know we can do it!

Are you ready to be part of the fight for a better world? Become a ONE supporter and have your voice heard!