Currently, Canada’s investment in foreign aid is well below average when compared to our peers. But let’s not get pessimistic about it. Instead, let’s look at what we could do! What if Canada stepped up our game? What impact could we achieve in the world? Each month, we’re looking at the 10 different areas Canada can invest in to have a real impact in the world. 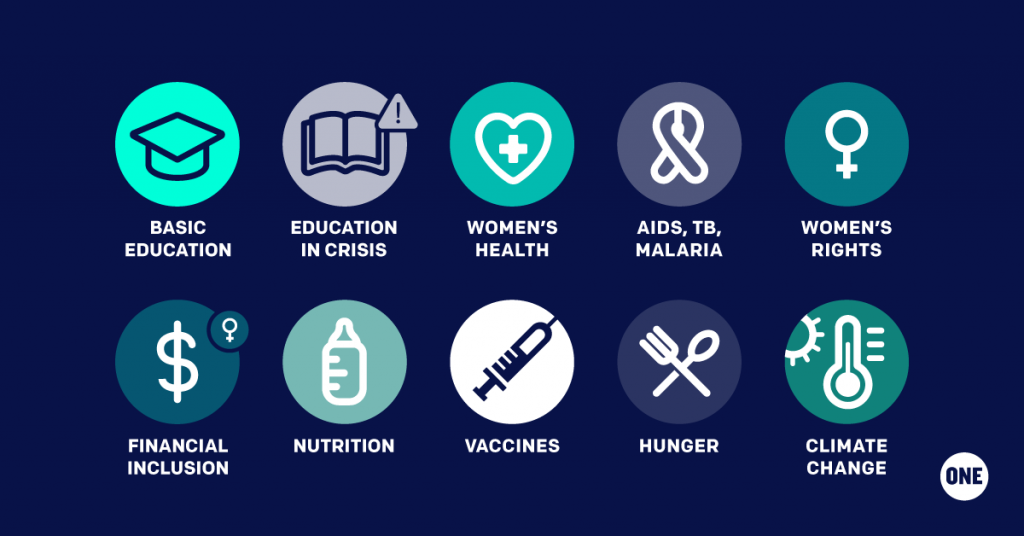 The 10 areas of impact that Canada can have

The first area of impact we want to talk about is vaccines, one of the most effective health tools ever invented and one of the best foreign aid investments. If Canada steps up, we can help millions of children live up to their full potential by protecting them from preventable diseases.

As an example, just spending 10% of the extra funds available if we stepped up our foreign aid would be enough to buy 14 million children the essential vaccine doses they need.

In today’s world, there is a lot of misinformation about vaccines. But the facts are clear. Vaccines work and they save lives! But, did you also know that they are very cost-effective?

For every $1 invested in vaccines we see a return on investment of $54 in saved healthcare costs and other social costs (like children missing school and loss of productivity from adults).

Since 1990, we’ve reduced the number of children who died before their 5th birthday by 50%. One of the main reasons children die before the age five is a lack of access to basic vaccines. Donor countries like Canada invested in the extraordinary efforts to increase access to life-saving vaccines in poorer countries, which led to this remarkable achievement. We can all be proud of this progress and shout it from the rooftops!

But the job is not done. Every 20 seconds, a child still dies from a disease that could be prevented by a vaccine. Millions of lives could be saved every year if global vaccination coverage improved.

In the coming months, Canada can have a real impact by supporting the most important vaccine organization in the world: Gavi, the Vaccine Alliance.

Gavi is a multilateral fund created in 2000, where donor governments and private foundations pool their resources to support the cost of producing and delivering essential vaccines in poor countries. Since 2000, Gavi helped immunize nearly 760 million children, which saved more than 13 million lives.

Gavi lowers the cost of vaccines by working with suppliers and guaranteeing purchases in advance to create a market for vaccines where there might not have been one. Gavi can purchase a basket of 6 life-saving vaccines for only CAD$36!

Canada has been a strong supporter of Gavi since the beginning, and now Gavi is rolling-out a Canadian success story: a very promising, experimental Ebola vaccine developed by a team in the National Microbiology Laboratory in Winnipeg. Merck is manufacturing the vaccine and, through an agreement with Gavi, will make it available to the world’s poorest countries at not-for-profit prices. The vaccine is currently being deployed in the Democratic Republic of Congo where an Ebola outbreak has killed more than 2,000 people since August 2018.

We now have a fighting chance against one of the deadliest and most contagious diseases we ever faced, thanks to Canadian scientists, international cooperation and yes, investments in foreign aid.

To achieve its goal of vaccinating 300 million children and saving more than 7 million lives over the next 5 years, Gavi needs CAD$600 million from Canada. This would maintain Canada’s share of total funding, ensure that Gavi meets its funding goals and can make the necessary investments into new vaccines, such as the Ebola one.

Where children are born should not determine if they live. We have the knowledge and resources to prevent the vast majority of childhood deaths.

Let’s all unite and tell our Government that we want Canada to step up!

Over the next few months, we will introduce the 9 remaining areas of impact Canada can have in the world. To have an overview of all 10 areas, read our previous blog.