Some of us are old enough to remember a time when the AIDS crisis was front page news. In some African countries, an entire generation was being wiped out, and economies were collapsing because of the disease.

But we don’t hear these stories anymore. What happened? Well, rich and poor countries got together and decided to fight AIDS and two other deadly diseases, tuberculosis (TB) and malaria. And things got better. A lot better. Deaths from AIDS, TB & malaria are down by 1/3. 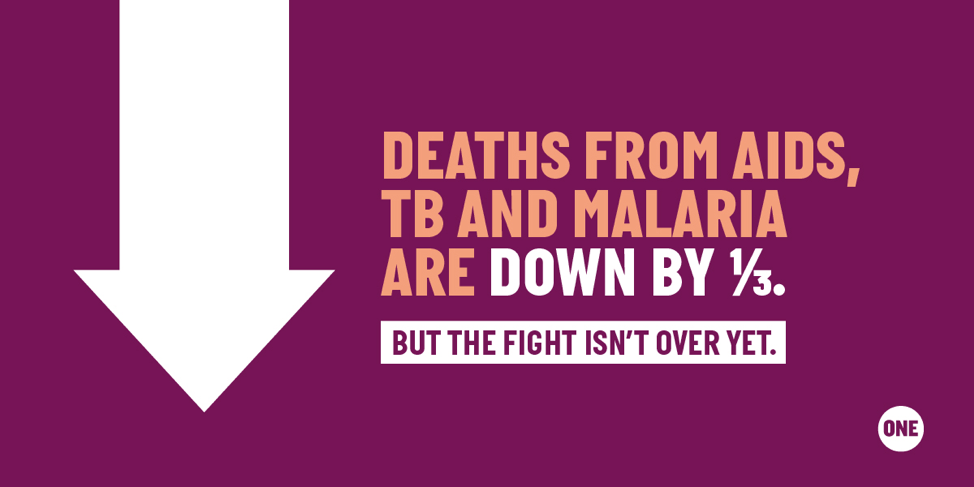 A good deal of this astonishing result is thanks to the creation of one of the most successful international efforts against major diseases: The Global Fund to fight AIDS, TB, and malaria. By pooling the resources of governments and the private sector, The Global Fund has become the largest funder for both malaria and TB, and the second largest for HIV/AIDS around the world.

Every three years these partners meet to decide how much they will give to the Fund. Last time in 2016, the conference was held in Montréal, and the Trudeau government showed real leadership by not only pledging C$804 million (5.5% of the total funding target), but also rallying other governments so that the funding target could be reached. This year the conference is in France in October, and as the former host Canada should lead the way with a strong commitment, because the battle isn’t done yet.

Although it’s no longer frontpage news, AIDS isn’t a disease of the past, it is a crisis right now. Today, nearly 1,000 young women will be infected with HIV. Unless we act now, progress towards ending AIDS and two other of the world’s deadliest infectious diseases could be halted. 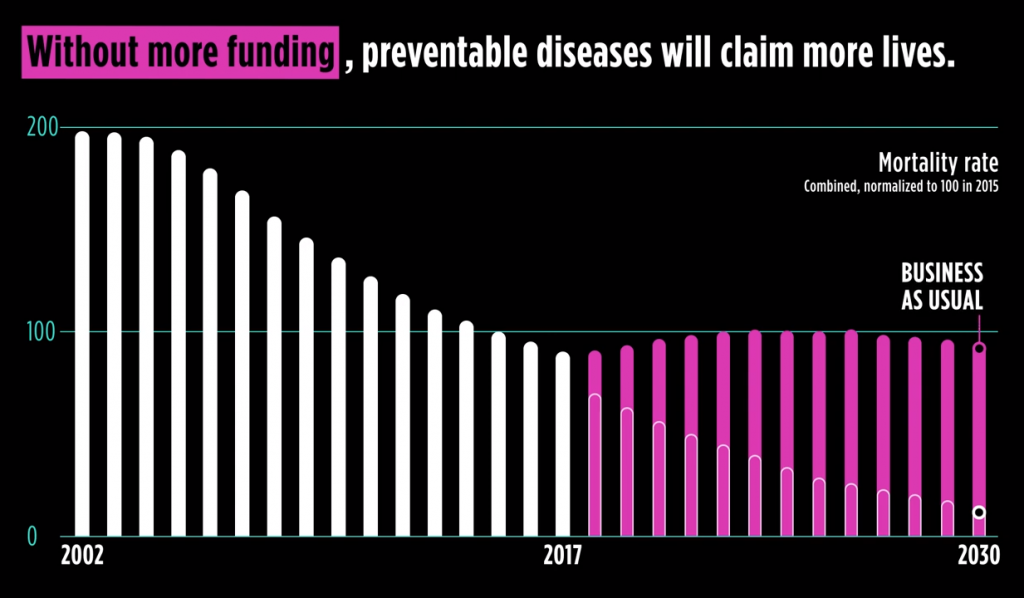 Click here to watch the full video. Tremendous progress has been made in reducing the death toll of these three diseases since the creation of The Global Fund, but the good news makes the bad news worse. A fully funded Global Fund can help significantly decrease in the mortality rate of AIDS by 2030 but without more funding, the mortality rate could increase.

One reason why The Global Fund is so effective is because it’s about collaboration as much as donating money. Countries supported by The Global Fund are required to also invest in the same programs, so that resources are multiplied. That’s why over the last few years, those countries have increased their investment in health by more than 40 percent. Both private and public contributors have recognized the Fund’s effectiveness. Bill Gates thinks it is one of the best investments he’s ever made. And Canada, who has been a strong supporter since the beginning, has channelled the vast majority of its support to fight AIDS, TB and malaria globally through the Global Fund.

We can’t be complacent, and now is the time for Canada to show its commitment. We should do our fair share and contribute 5.5% of the overall funding target, as we did before. The Global Fund is hoping to raise US$14 billion this year, so that means a pledge of C$1 billion over 3 years. This may seem like a lot of money, but it comes down to only $9 per Canadian per year. With this contribution to the Fund and the domestic resources it will leverage, Canada could fund the equivalent of:

Together with other donors and governments from the countries where these diseases are the deadliest, this could help save 16 million lives between 2021 and 2023. This is more than the entire population of Québec, BC, Saskatchewan and Nova Scotia combined.

Millions are still at risk, but if enough of us take action, 2019 could be a turning point in the fight against AIDS, TB and malaria.

ACT NOW. We need you to join us and #StepUpTheFight! Send International Development Minister Maryam Monsef a postcard urging Canada to fully finance the Global Fund and let’s end those diseases once and for all.