On the sidelines of a recent African Union Summit, ONE brought together young people from nine countries for the African Youth Consultation on Job Creation.

The 20 participants discussed how to mobilize young Africans’ opinions on key policy commitments and reforms that can enable African countries to create 1 million decent jobs annually by 2021. The meeting set the stage for reaching out to 1 million young Africans to drive the campaign.

Join the discussion with Africa Youth Envoy, Aya Chebbi and other young people from actoss Africa, to tell our leaders how we can tackle violence im Africa by creating economic opportunities and jobs. #SilencingTheGuns pic.twitter.com/yRKXJO47Ep

Online, thousands of supporters joined in and signed a petition with a message for AU leaders: soaring rates of joblessness in many African countries are denying millions of young people of their rights to earn a living.

Job creation is a crucial, looming task for African leaders — especially for Africa’s growing youth population. Africa’s population is projected to double to 2.5 billion by 2050, and 50% will be under the age of 25.

Job creation as a security issue

Today, seven of the 13 global peacekeeping missions are in Africa — and youth often play a prominent role in armed conflict, unrest, and insurgencies. Africa’s vibrant population of young people are often visible in the frontlines bearing arms, even when they have very little at stake in the conflict. The youth are uniquely vulnerable to recruitment for armed conflicts.

African leaders must respond to the needs of Africa’s young people with renewed vigor. This includes job creation, employment and improvements in living standards, within a culture of popular democracy and strong institutions. Otherwise, the cycle of conflicts may never end.

To truly harness the demographic dividend that could arise from a large productive workforce, prioritizing job creation and youth employment becomes the fundamental step at preventing disaster.

How to spur job creation

ONE Campaign’s Africa Director Edwin Ikhuoria has some key takeaways and recommendations on next steps: 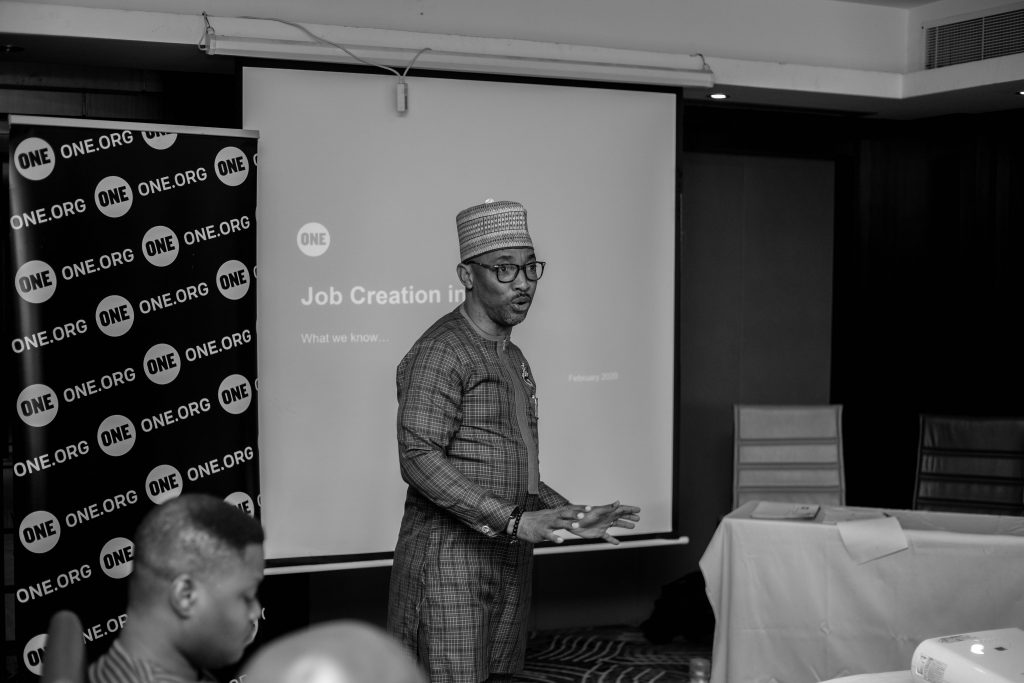 Job creation: This must include modernizing agriculture, promoting entrepreneurship, increasing access to finance, reducing bottlenecks for business operations, government patronizing youth-led enterprises, improving the matching of supply and demand for skilled labour in fragile states, and ensuring the implementation of the African Free Continental Free Trade Area. The AfCFTA is a game-changer for accelerating progress on agricultural transformation and employment creation.

Active and meaningful youth empowerment: This would involve policy changes and enforcing laws that end all forms of discrimination against youth and women. There must also be a platform for intergenerational dialogues on development and security issues, and social safety nets systems must the most vulnerable youth.

Improved access to education and learning outcomes: This must involve partnership with the private sector to scale up programs that enroll youth, improve their learning outcomes and match the needs of the job market through more and better investments into education. This should also ensure children and young adults in conflict regions or other difficult-to-access areas continue to receive high quality education by supporting local responders with investments in technology enabled delivery platforms.

With the exponential growth of the youth demography, the continent is on the brink of what could bring a demographic dividend — but only if the right action is taken right now, by the leaders and torch-bearers of the continent.